Trump and Drudge for the win, again: Matt Drudge's army is bigger than the RNC's

Yes, Trump got booed by GOP loyalists at the debate. But the reaction that matters, again, was afterwards on Drudge 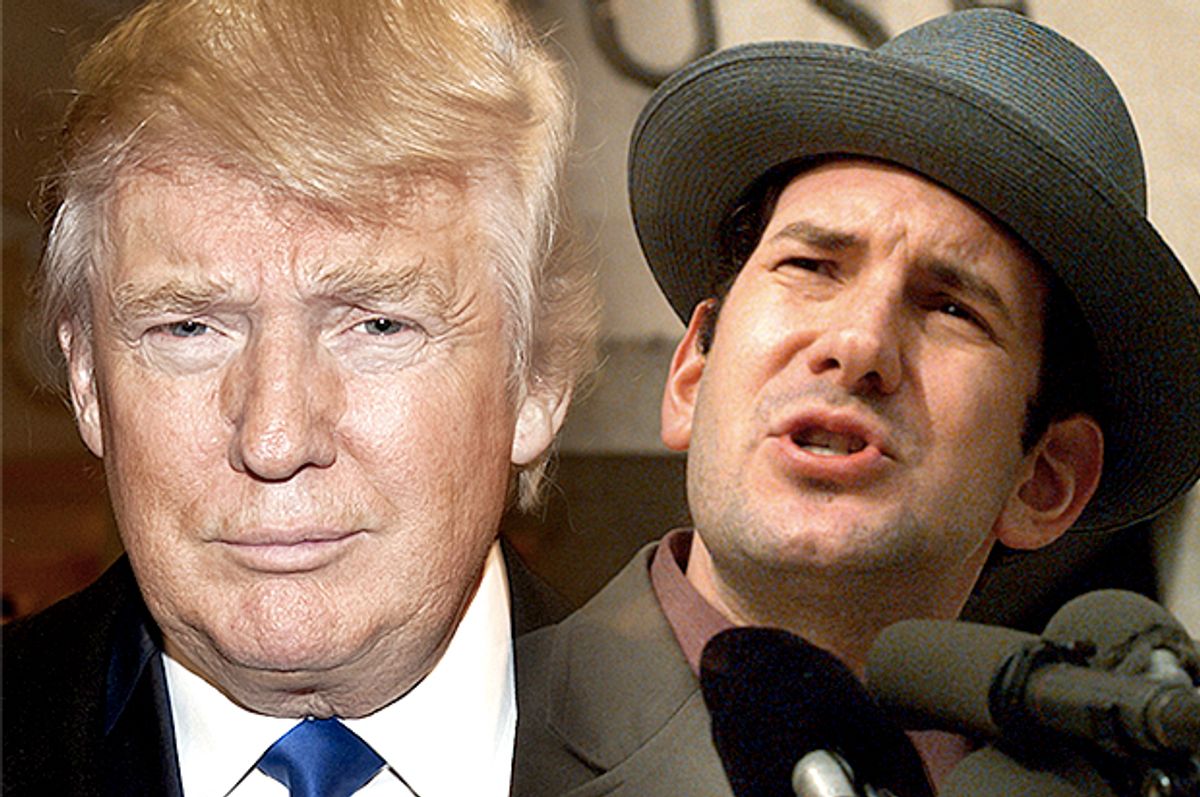 Well, that was brutal. Wasn’t it? The Republican presidential debate in South Carolina on Saturday night was a real knife fight, and it was cheered on by a vocal audience that made us feel like it was held in the Colosseum. It was unbelievable, like a work of fiction, but it wasn’t. The story of last night’s debate can be told as a Tale of Two Audiences.

If you were gauging by the audience reactions -- or the pundits after on cable news -- you would think that the frontrunner for the Republican nomination, Donald Trump, had a really rough night. Every time he opened his mouth he was met with loud boos. When the others spoke, especially Jeb Bush, they were cheered loudly. The analysts after, once again, wondered if Trump had gone too far. Trump, meanwhile, in his "Spin Room" interviews after the debate touted the early numbers on Drudge calling him the winner. Do we really still need to debate which analysis matters more?

That’s not because most GOP voters hated what Trump had to say, it’s because they weren't in the audience. Reince Priebus, the chairman of the Republican National Committee, scraped up a bunch of GOP loyalists to build a made for TV, pro-establishment, anti-Trump audience to cheer on their establishment more establishment candidates against the unconventional anti-establishment Trump.

There was a different story unfolding on the popular conservative news aggregator site, The Drudge Report. Once again, the most striking illustration of the reaction of the majority of GOP voters that make up the party’s anti-establishment conservative base is the Drudge Report’s online readers poll. In Drudge’s poll of hundreds of thousands of readers, Trump dominated by more than 2-1 over the next closest competitor, Ted Cruz. Of course, it’s not a scientific poll, but it’s probably a much better reflection of how the debate was received by real Republican primary voters than the vocal reactions of the establishment packed debate audience.

The results after some 400,000 votes: Trump 55 percent. Cruz second at 21. Rubio third at just under 13 percent. Then Kasich, Bush and Carson, in that order, in single digits.

I’ve written before about influence of Matt Drudge and his online poll, and it continues to help paint a picture of the political reality inside the GOP. Drudge has carefully curated the news content on his site to build a massive anti-establishment army that is much bigger than the loyal GOP establishment. Size matters in 2016, and Matt Drudge’s audience is bigger than Reince Preibus’s.

The problem for Preibus and the Republican establishment is that there just aren’t that many of them left anymore. Their numbers have dwindled over the years as more and more longtime Republicans, like me, have left the party. Honestly, the 1,500 establishment loyalists in the debate audience versus the hundreds of thousands of Drudge poll voters is probably a pretty good proportional representation of the breakdown of the reality in the Republican Party today.

The all-out war inside the GOP between the establishment loyalists and Drudge’s army was on display during the debate last night, and it was loud and raucous. The loudest loyalist boos at Trump came when he stood on that stage in the traditionally pro-Bush state of South Carolina and essentially blamed the terrorist attacks of September 11, 2011 on former President George W. Bush. Bush is still very popular among GOP elites, especially there. In fact, his brother, presidential candidate Jeb Bush, will be campaigning with the former president in South Carolina this week.

The real weakness of the GOP establishment will be measured on Saturday in the because it will show, in real hard numbers, just how many traditional Republicans are left. If Trump can blame 9-11 on establishment icon George W. Bush and then win the South Carolina primary, then we’ll know that the old Republican Party just doesn’t exist anymore. If that doesn’t sink his campaign, then nothing will, and he will be the GOP nominee. We’ll know for sure on Saturday, but the Drudge Poll today has given us a hint.