Hillary Clinton brought this on herself: How a Democratic primary coronation turned into a war

Bernie Sanders has captured the imaginations of American progressives. He's also had some help 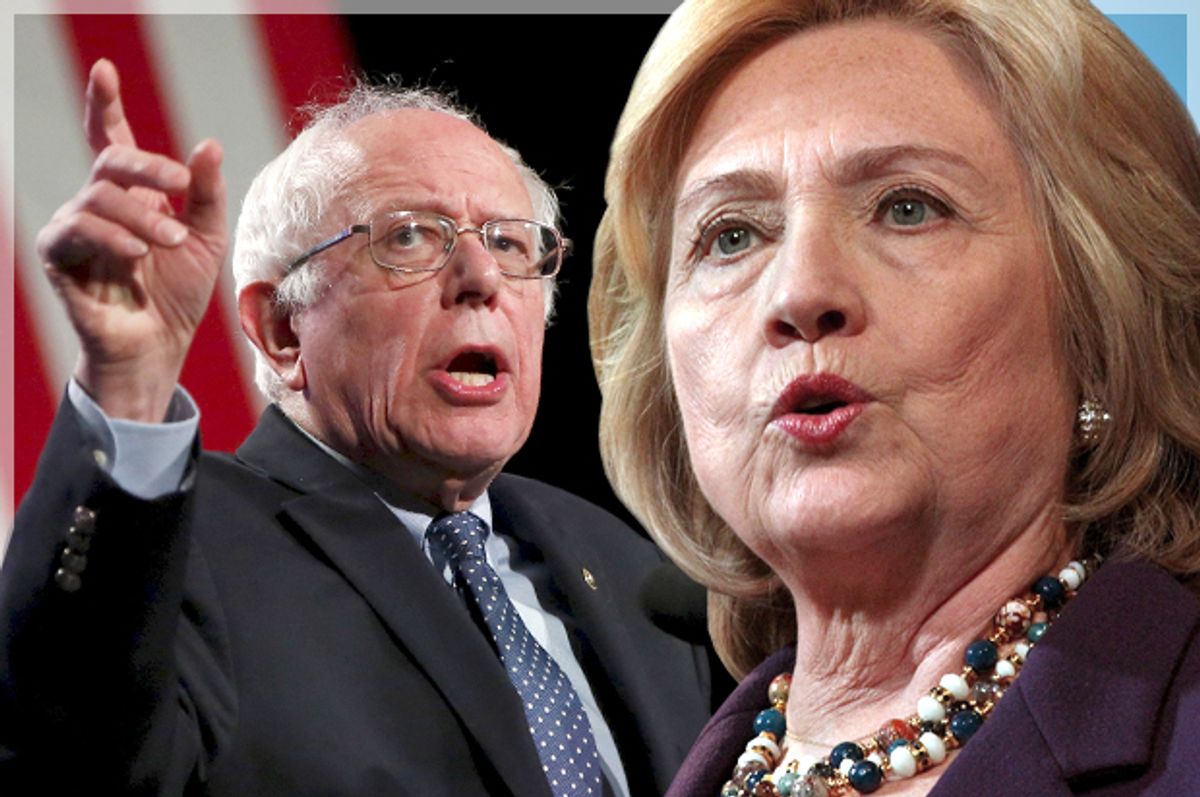 Over the past week, a hurricane seems to have hit the shores of Hillaryland. After suffering a landslide defeat in New Hampshire, the Clinton campaign is trying to figure out how to stop the growing storm that is Bernie Sanders. There have been reports that Hillary Clinton is planning to reorganize and hire some new staffers, while many supporters are starting to seriously worry about the campaign's message, or lack thereof. Though members of the Clinton camp have denied any serious problems within the campaign, it is all reminiscent of 2008, when staff infighting and the rise of Obama doomed Clinton’s run.

Clinton’s first primary loss comes at a time when complications are hitting her campaign from left and right (as if the email nonsense wasn’t enough). The former secretary of state’s association with Wall Street has proven to be the most dogging issue, and there is little reason to think this topic will fade away any time soon. (You can be sure that Donald Trump, if nominated, will make a big stink about it.) Meanwhile, Clinton’s reaction to inquiries about her Goldman Sachs speeches, for which she earned $675,000 in 2013, has been almost as bad as her response to questions about her email last year. After first laughing in the face of the Intercept’s Lee Fang back in January when she was asked about releasing transcripts, Clinton said that she would “look into” doing so at the fifth Democratic debate, only to backtrack shortly afterward. Sources have said that the speech was “glowing,” and that she sounded like a “Goldman Sachs managing director,” which would explain why she is reluctant to release it.

Meanwhile, Clinton received some painstaking criticism on Wednesday from the prominent black intellectual and Ohio State University professor Michelle Alexander in a much-discussed article for the Nation. “If you listen closely here, you’ll notice that Hillary Clinton is still singing the same old tune in a slightly different key,” writes Alexander, in what is largely a critique of the Bill Clinton administration and its endless capitulations to the right wing.

She is arguing that we ought not be seduced by Bernie’s rhetoric because we must be “pragmatic,” “face political realities,” and not get tempted to believe that we can fight for economic justice and win. When politicians start telling you that it is “unrealistic” to support candidates who want to build a movement for greater equality, fair wages, universal healthcare, and an end to corporate control of our political system, it’s probably best to leave the room.

On the very same day, Ta-Nehisi Coates, who has been critical of Sen. Sanders for his opposition to reparations, said that he would still be voting for him -- though he is adamant that he is not “endorsing” the senator. Meanwhile, Sanders has received endorsements from former leader of the NAACP Ben Jealous, public intellectual Dr. Cornell West, former Ohio state Sen. Nina Turner, Black Lives Matter activist Shaun King, and the longtime activist and confidant of Martin Luther King Jr. Harry Belafonte.

Going into Nevada and South Carolina, the black and Hispanic votes will be critical, and while Clinton obviously has the advantage, the latest set of polls from Nevada show them in a virtual tie (Clinton’s 20-point lead has evaporated). In South Carolina, on the other hand, mid-January polls have Clinton winning by nearly 30 points. And while Sanders has gotten some important endorsements, Clinton picked up the Congressional Black Caucus endorsement on Wednesday, and a recent PPP poll shows her having the support of 82 percent of black voters nationally (the Hispanic vote is closer, at 48-36 percent).

Still, as the New Republic’s Jeet Heer points out, Clinton’s so-called firewall has collapsed in the past (albeit to the charismatic and supremely gifted orator that is Barack Obama), and she will need some decisive victories to slow Sanders’ momentum.

Whether Sanders can maintain his early success is doubtful, but the fact that he has made it this far is bad enough for Clinton. And the ill-advised comments from Gloria Steinem and former Secretary of State Madeleine Albright did not help her with another quandary she faces in capturing the support of young voters. In a Daily Beast article with the amusingly melodramatic headline, “Did Bernie Just Poison Hillary 2016?,” reporters Betsy Woodruff and Jackie Kucinich write:

“Even though [Sanders is] still a long shot to snag the nomination, his candidacy is persuading young voters, women, and progressives that Clinton is in the pocket of big banks and corrupt corporations—and it’s persuading Clinton’s own supporters that they’re on the sadder side of this contest.”

Sanders has certainly made Clinton’s life more difficult, but one cannot honestly blame him for all of the problems that have crept up. After all, no one forced Clinton to give those speeches at Goldman Sachs or to accept donations from private prison lobbyists or to vocally support the Trans-Pacific Partnership 45 times before coming out in opposition. No one really believes that Clinton wasn’t always committed to running in 2016, as she claimed last week; so why would she accept $675,000 from a bank that is universally loathed? This is a self-made problem if there ever was one.

As David Axelrod, chief strategist of both Obama presidential campaigns, said on Twitter: “When the exact same problems crop up in separate campaigns, with different staff, at what point do the principals say, “Hey, maybe it’s US?”

Of course, this is not to say that all of the Clinton criticisms are fair. Not all are. The email and Benghazi controversies were both manufactured by right-wing partisans, as were many of the scandals that plagued the Clinton administration throughout the '90s. But with all of these problems -- real or imagined -- that continue to haunt Clinton, one has to wonder whether her electability really is that much more assured than Sanders'.