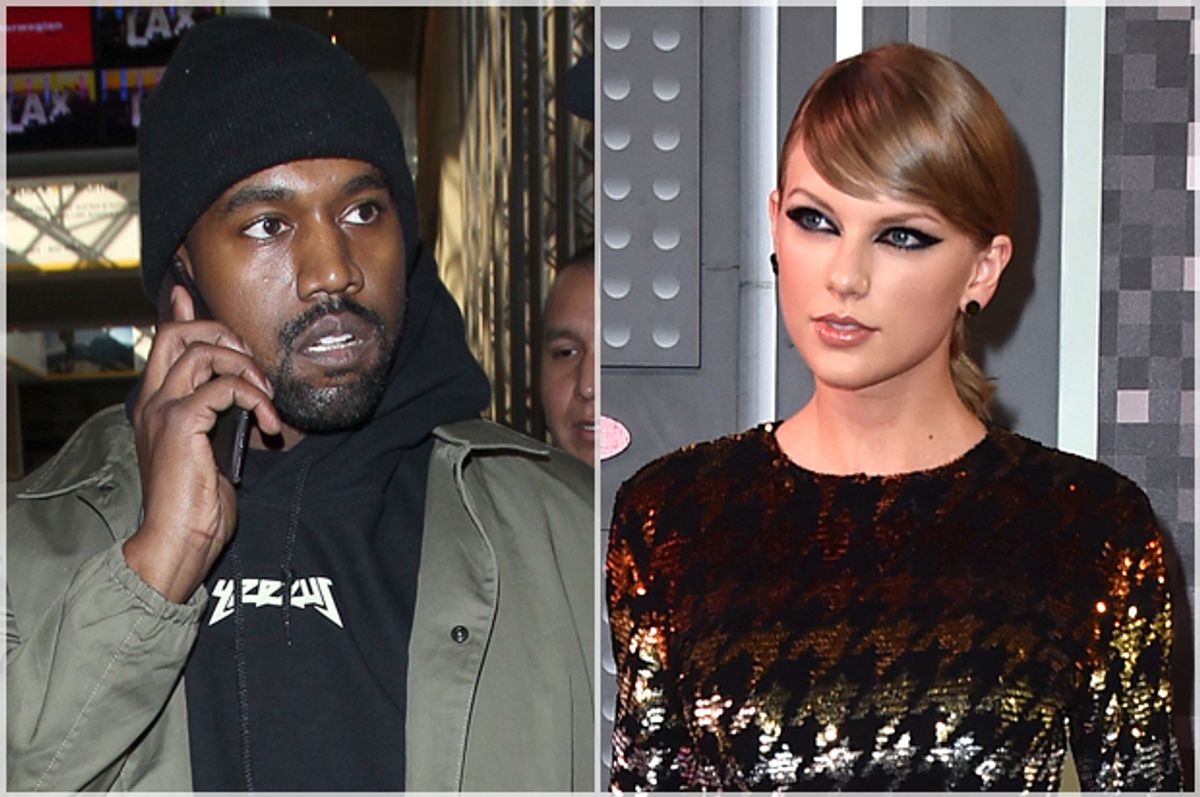 Celebrities and other notables haven taken to Twitter to support Taylor Swift after her speech at the Grammy Awards Monday night,  in which she targeted Kanye West — without naming him —  for claiming he made her famous in his new track.

The “Bad Blood” singer made indirect references to West as she went on stage to receive the 2016 Album of the Year Award in response to West's new song "Famous," which contains the lyrics "I feel like me and Taylor Swift might still have sex. I made that bitch famous."

Swift became the first woman ever to receive the coveted honor twice and took the opportunity to send a strong message to young women around the world facing similar prejudice.

“I want to say to all the young women out there — there are going to be people along the way who are going to try to undercut your success or take credit for your accomplishments or your fame," she said as her voice shook. "But if you just focus on the work, and you don't let those people sidetrack you, someday when you get where you're going, you'll look around and you will know that it was you and the people who love you who put you there. And that will be greatest feeling in the world."

Congrats to @taylorswift13 for making history at #GRAMMYs, but it was her speech to young women and women of all ages that inspired me Bravo

we're not actually having this convo about Kanye making Taylor famous. Taylor made Taylor famous. What you like has nothing to do with it. — Vann R. Newkirk II (@fivefifths) February 16, 2016

#Kanye is a douche. He was a douche when he assaulted #TaylorSwift&he's a douche to hit up # Zuckerberg #KimKardashian needs divorce lawyer

To help my kids understand the Republican primary, I just tell them it's like choosing between #Kanye or #TaylorSwift. — Chris Stigall (@ChrisStigall) February 13, 2016