Lin-Manuel Miranda is a national treasure -- and last night, he proved it on national television 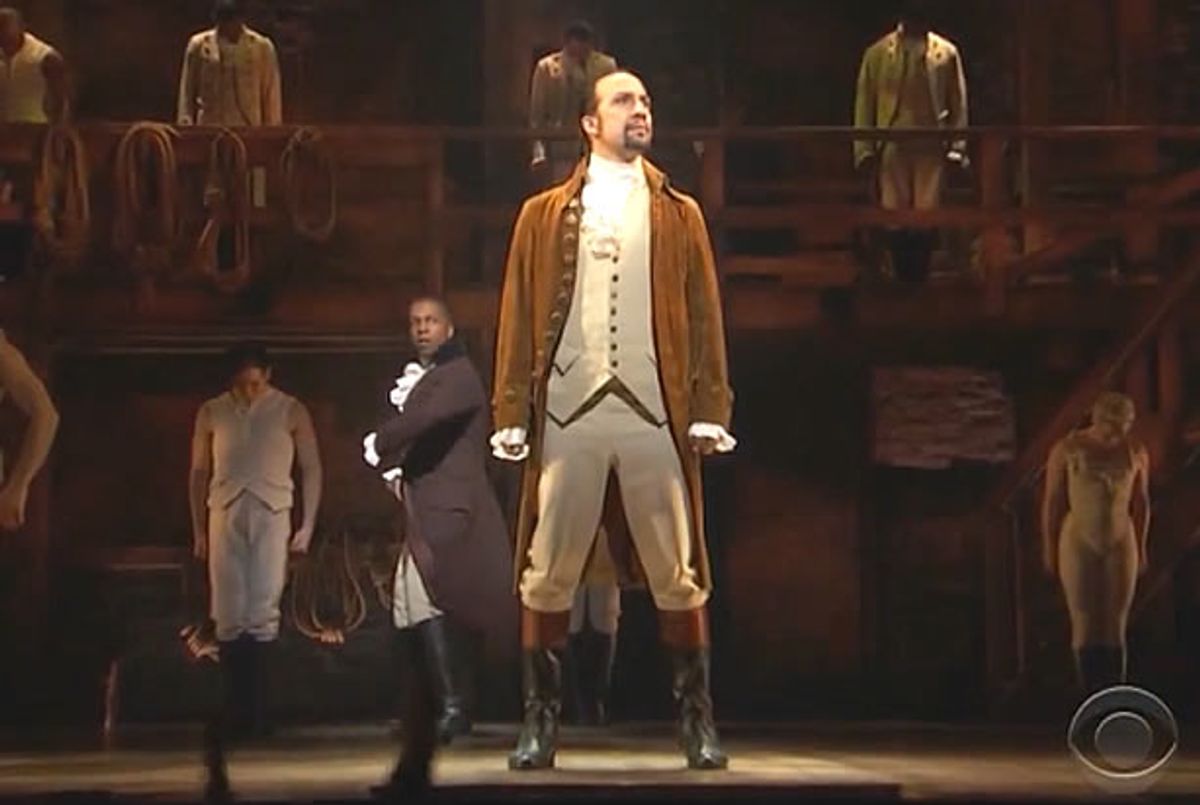 Minutes before surprising nobody by nabbing the Grammy for "Best Musical Theater Album," the cast of Lin-Manuel Miranda's "hit"-barely-covers-what -it's-become musical "Hamilton" electrified the audience with a performance of the show's opening number, the appropriately titled "Alexander Hamilton," piped in via satellite from the Richard Rodgers Theater in New York City.

Watch the entire performance below via Vulture.