Apple CEO Tim Cook pens open letter to FBI: We will not build a backdoor into iPhone, not even to investigate terrorists

Once there, it would be as if the government had a "master key" that allowed it to enter any business or home 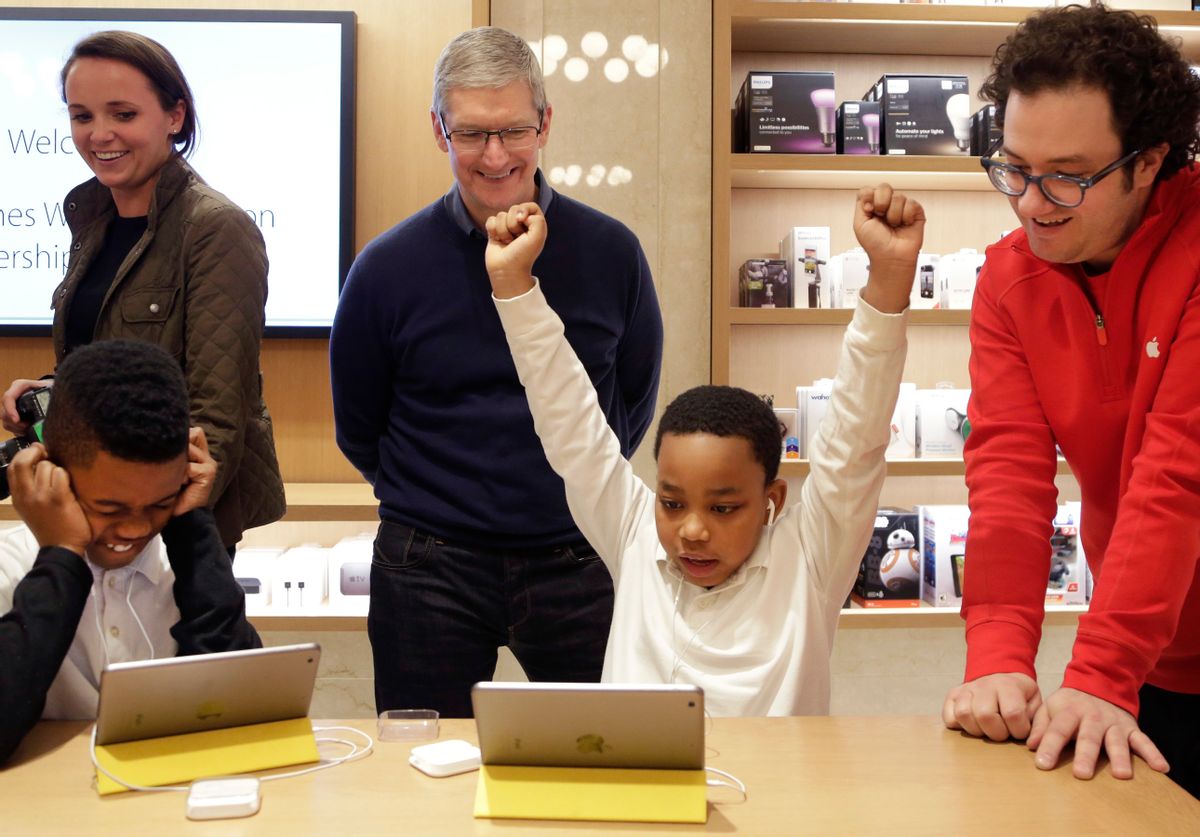 In "A Message to Our Customers" posted on Apple's website, CEO Tim Cook declared the company's intention to fight the federal government's request to hack users in response to the recent mass-killing in San Bernardino, California.

The order was issued by federal Magistrate Judge Sheri Pym, and requires Apple to assist the Federal Bureau of Investigation in breaking the encryption of the iPhone belonging to one of the shooters, Syed Farook. The problem with doing so, according to Cook, is that it require creating for the federal government software "which does not exist today -- [and which] would have the potential to unlock any iPhone in someone's physical possession."

"The FBI may use different words to describe this tool, but make no mistake," he wrote, "[b]uilding a version of iOS that bypasses security in this way would undeniably create a back door. And while the government may argue that its use would be limited to this case, there is no way to guarantee such control."

Cook noted that "[w]hen the FBI has requested data that’s in our possession, we have provided it. Apple complies with valid subpoenas and search warrants, as we have in the San Bernardino case. We have also made Apple engineers available to advise the FBI, and we’ve offered our best ideas on a number of investigative options at their disposal."

He claimed to have "great respect for the professionals at the FBI, and we believe their intentions are good," but that building a "backdoor to the iPhone" at the behest of the United States government would not simply "circumvent important security features," but would violate the tacit agreement Apple has with its users not to exploit their personal data.

"The government suggests this tool could only be used once, on one phone," he continued, "[b]ut that’s simply not true. Once created, the technique could be used over and over again, on any number of devices. In the physical world, it would be the equivalent of a master key, capable of opening hundreds of millions of locks — from restaurants and banks to stores and homes. No reasonable person would find that acceptable."

"We can find no precedent for an American company being forced to expose its customers to a greater risk of attack."