John Kerry blasts Donald Trump: He's only the GOP front-runner and world leaders are already complaining about him 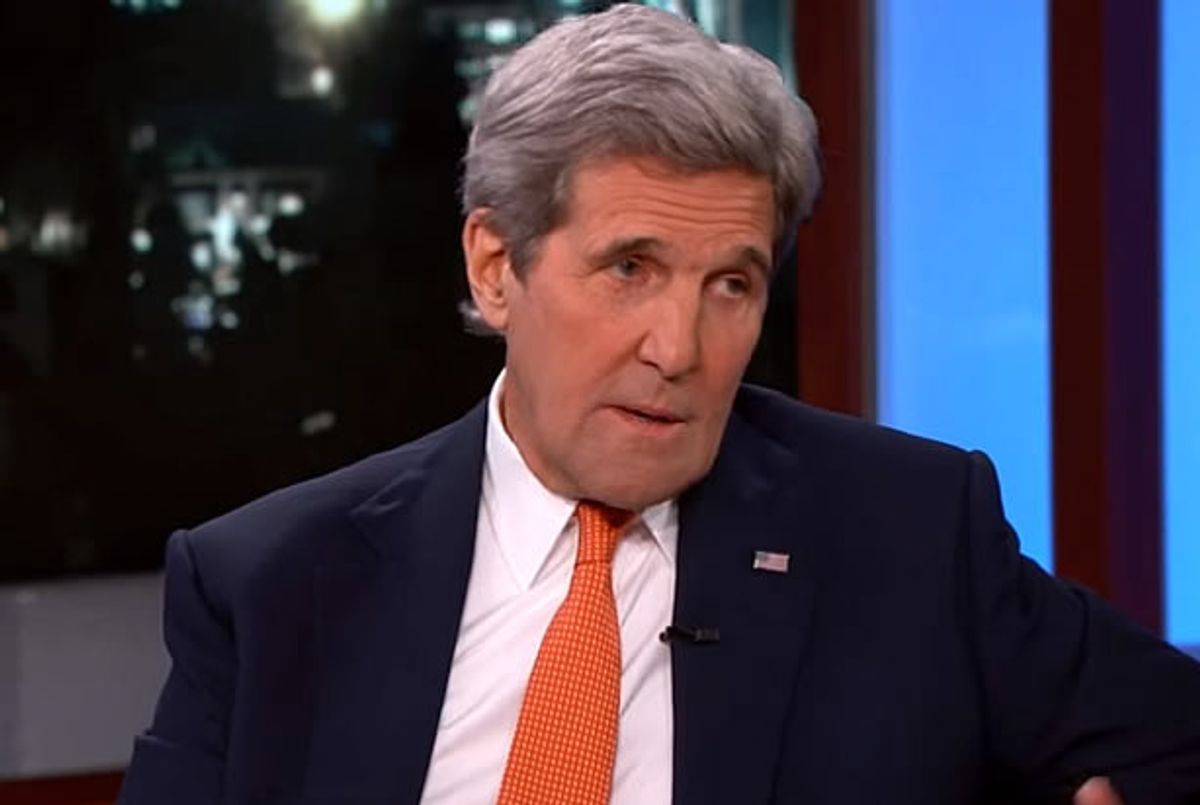 Secretary of State John Kerry went on "Jimmy Kimmel Live" Tuesday night and informed the late-night host that even though he is merely the Republican front-runner at this point, leaders from around the world are already complaining about Donald Trump.

"I hear about it everywhere,” Kerry said, adding that if Trump wins, "I think next year the White House will be sending out a lot less Christmas cards."

Kimmel asked Kerry whether there were any groups of people who make him wish he wasn't negotiating with them, but home with his family instead. "Am I allowed to lie?" Kerry replied.

"Of course," Kimmel said, "isn't that what politicians do? Not you of course, but the others, who aren't sitting next to me."

Kerry explained that "I'm out of politics, and judging by the Republican field, half of them are too."

Watch the entire segment below via ABC.