Donald Trump's religious hypocrisy in flap with pope: Apparently he's only OK with questioning someone's faith when he does it himself

No leader "should have the right to question another man's religion or faith," Trump said in response to the pope 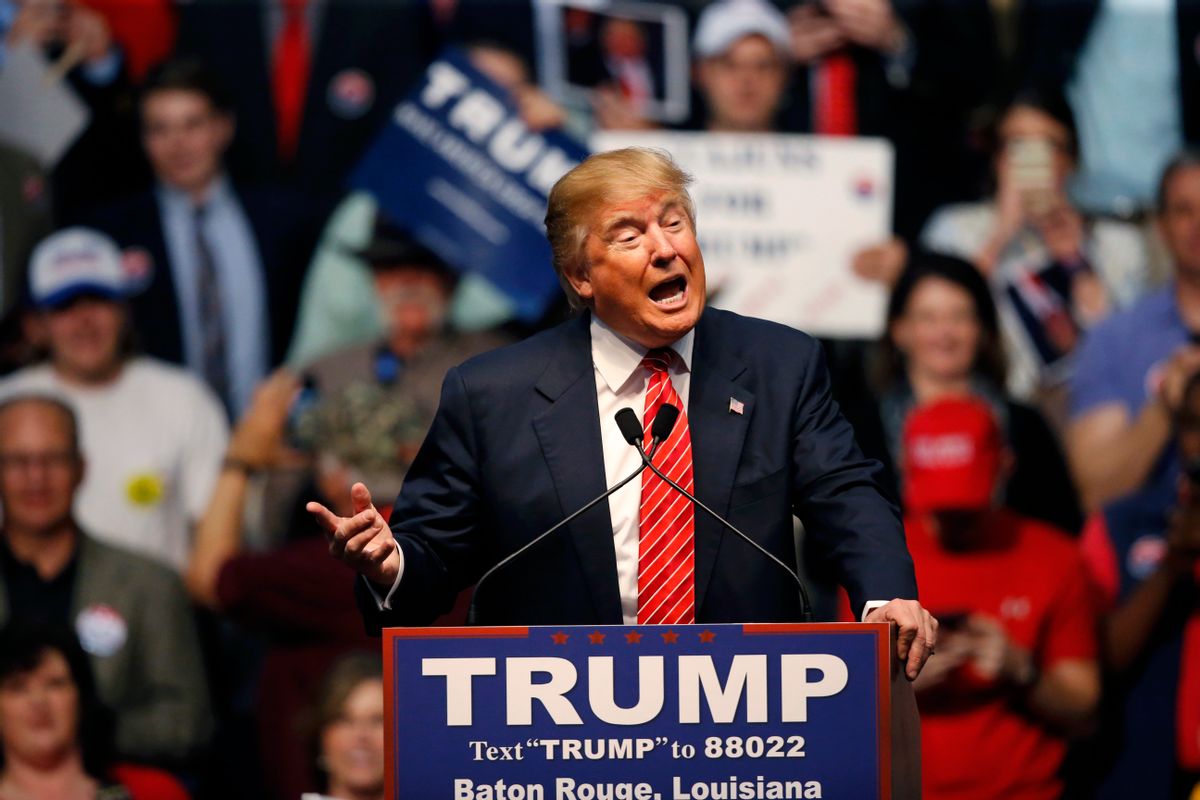 Last week, Donald Trump criticized the “very political” Pope Francis for traveling to Mexico, telling Fox News, “I don’t think he understands the danger of the open border that we have with Mexico.”

Prompted to respond to Trump’s criticism Francis told reporters this morning, “A person who thinks only about building walls, wherever they may be, and not building bridges, is not Christian. This is not in the gospel.”

Shortly thereafter, Trump issued a press statement, claiming, “No leader, especially a religious leader, should have the right to question another man's religion or faith.”

Fair point, perhaps. But what about billionaire leaders? Or, more specifically, Donald Trump?

Last October, at a rally in Jacksonville, Florida, Trump made two things clear: he’s a Presbyterian and Ben Carson is bat-shit for subscribing to Seventh-day Adventism.

You might even remember that in early January— during a stump speech ahead of the Iowa caucus —Trump said, “to the best of my knowledge, not too many evangelicals come out of Cuba,” referring to eventual caucus-winner Ted Cruz.

As tends to be the case, Twitter is running with Trump’s rabid hypocrisy, birthing the hashtag, #MakeTheVaticanGreatAgain: