San Francisco tech bro freaks out on city's homeless: "Wealthy working people have earned their right to live in the city" 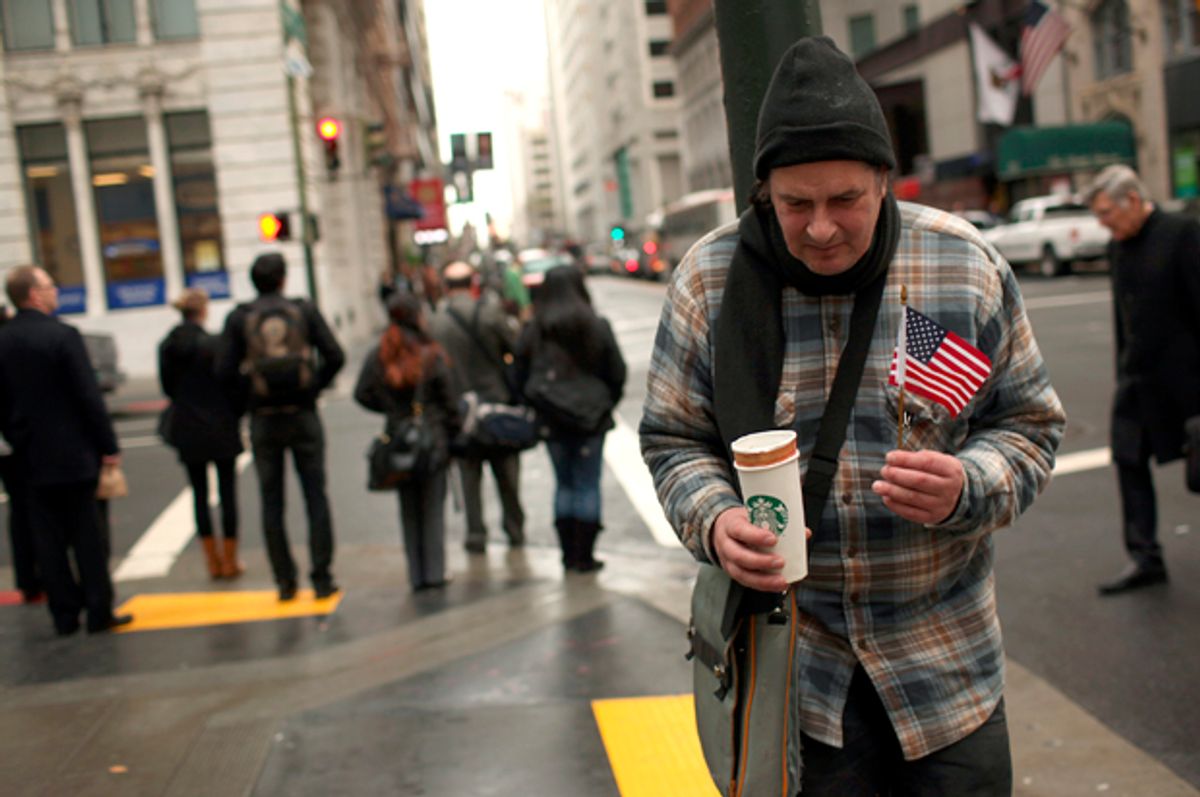 It’s hard not to feel a little thrown when you walk into a public space that’s become a camp for homeless people. At first there may be a moment of shock that economic reality has shown up and made a park or plaza a more complicated place to stroll. But what most people hopefully feel is empathy, or even just an awareness that the surrounding city clearly has a real problem. The response by a tech-bro in San Fransisco, who has started to get compared to notorious drug-price-gouger Martin Shkreli, is an example of both impersonal economic forces and tech-world heartlessness.

At the very least, it’s a document that shows just how bad things have gotten in the city that’s become ground-zero of rapid gentrification.

The controversy started when Justin Keller, who founded the company Commando.io (“A simpler way to manage servers online”) wrote an open letter to San Francisco’s mayor and police chief. He starts out by talking about incidents that could frustrate just about any city dweller – feces on the street, a man stumbling into a theater and laying down in the aisle with his shirt off, public drunkenness, and so on. But Keller veers into Social Darwinism when he describes the situation this way:

The wealthy working people have earned their right to live in the city. They went out, got an education, work hard, and earned it. I shouldn’t have to worry about being accosted. I shouldn’t have to see the pain, struggle, and despair of homeless people to and from my way to work every day.

Later on, Keller referred to the homeless as “riff raff.”

He’s drawn outrage like this post on Medium from Edna Miroslava Raia, who calls herself “one of your servants in San Francisco”:

You’ve been here for three years, meaning you don’t know a whole lot about what’s been happening in San Francisco because you don’t know what it was like before you got here. And when you got here, you didn’t care to find out because you moving here was not about discovering a new city, it was about entering a new world that was going to cater to your every whim. Yes, we the people of San Francisco who have been here for decades, are catering to your new lives. Those who are not in tech have become servants to those in the tech industry. Realize that.

You writing an open letter assuming you know anything about your community is a crock of shit because your community is one of self-important techies and ping-pong gathering friends who like wine bars and love to have everything handed to them with a disposable waste of a garnish and a cloth napkin. Go fuck yourself.

Just as Keller is right to lament the fact that his parents won’t feel safe on the street, so Raia is right that the huge salaries in the tech world have made the cost of living in the Bay Area forbidding, and that tech wealth is changing the character of the place. Many – most? – Americans feel like “servants,” as she says, to technology. Part of me wants to print her essay on a T-shirt.

But the weird thing is that except for in a few phrases, Keller is not a Martin Shkreli, who after all, massively jacked up the price of an AIDS medication. Or, if he is, we can’t tell it here. He’s since apologized for using the term “riff raff.” And he wrote this clarification to the Guardian: “I in no way meant to vilify homeless or drug users, my frustration was that we as citizens don’t feel safe. The amount of violent crime is increasing, and it affects everybody. What specific measures is the city taking to proactively help the homeless and drug addicted?”

This doesn’t really make his insensitivity any less intense, but it’s hard to imagine Shkreli being nearly as repentant.

The worst thing about Keller’s letter may be the way he closes it:

It is a very difficult and complex situation, but somehow during Super Bowl, almost all of the homeless and riff raff[1] seem to up and vanish. I’m willing to bet that was not a coincidence. Money and political pressure can make change. So it is time to start making progress, or we as citizens will make a change in leadership and elect new officials who can.

But the Super Bowl is hardly a model for the best way to deal with, um, riff raff. (That "1" links to an apology.) Parts of the city were free of homeless encampments because the city dismantled them. The city’s police also pounced on protesters who were trying to draw attention to the problem. “Within minutes,” a Guardian story reported, “hundreds of police officers in riot gear surrounded the crowd and ordered them to take down the tents or risk having them confiscated.”

So Keller makes a reasonable point: A city should be safe, sure. But the tech industry has created chaos for people who’ve been in San Francisco far longer than they have. The homeless and the middle class have paid a lot of the price. Oddly, Keller -- since his open letter -- seems to be starting to get it.

Could Keller be less a Shkreli figure, less like the bros on “Silicon Valley,” and more like someone who might – even accidentally -- help his tech-bro peers wake up to some of this?