Watch Donald Trump desperately try to explain how he'll get Mexico to pay for his "big, beautiful wall"

If Mika Brzezinski doesn't look entirely convinced, that's because she shouldn't be 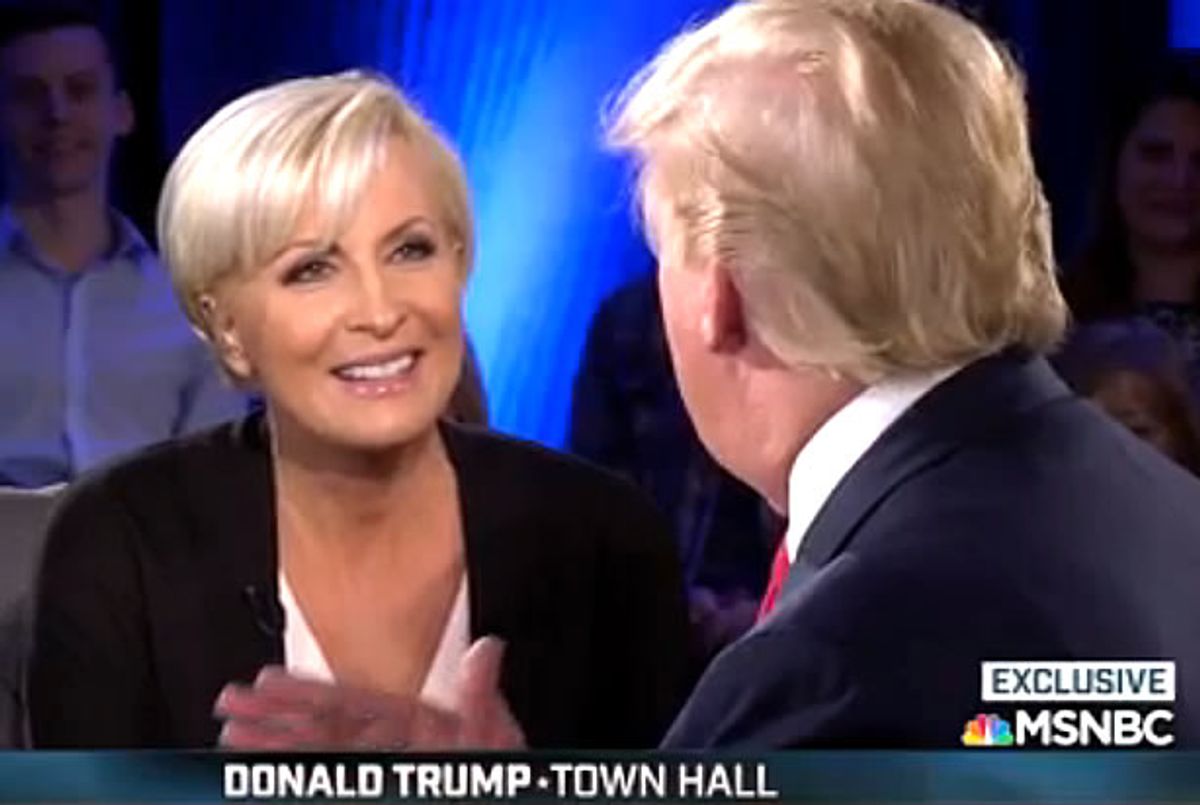 Republican front-runner Donald Trump once again boasted about the "big, beautiful wall" he's going to erect between the United States and Mexico during the MSNBC town hall with Mika Brzezinski and Joe Scarborough last night, but Brzezinski wondered how exactly it would be built, and Trump's answers were -- to be charitable -- thoroughly unconvincing.

"'Believe me' is not an answer," she replied.

"How are you going to make Mexico pay?"

"But how do you get Mexico to pay for it," co-host Scarborough asked.

"It's very simple," Trump said. "You have five different ways. Number one -- here's the key. They are making, right -- if you look at it as a company -- $58 billion. The wall is a -- a year. We have a trade deficit with Mexico of $58 billion, all I have to do it start playing with that trade deficit, and believe me, they're going to pay for the wall. You watch."

When Scarborough noted that sounded like starting a "trade war" with Mexico, Trump said he's merely "talking about negotiating with them, I'm not talking a trade war with -- I'm talking about Japan. We have all the cards, Joe. If we -- I was in Los Angeles, I see these massive ships coming in with cars. We have all the cards, we don't play them. We don't have the politicians that know how to play them. We're negotiating against great negotiators. China, Mexico, Japan, believe me, we're going to start doing great with those -- that trade."