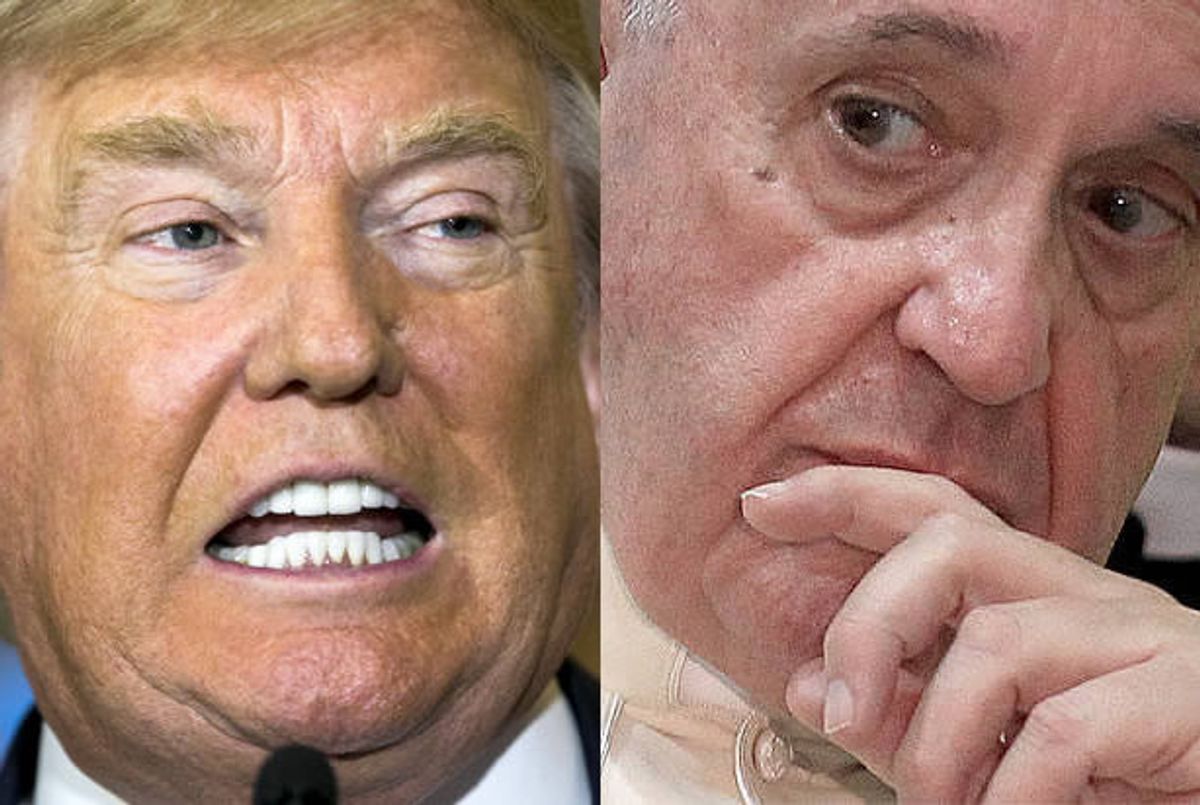 In response to comments made by Pope Francis indicating that he didn't believe Trump's plan to build a wall between the United States and Mexico was altogether Christian, Donald Trump wrote that "no leader, especially a religious leader, should have the right to question another man’s religion or faith," while his spokespeople basically went all-out on social media and called the pope a hypocrite.

Trump is correct to note that the pontiff started it when he said that "a person who thinks only about building walls, wherever they may be, and not building bridges, is not Christian." But to claim that "no leader" should ever "question another man's religion or faith" is the stuff of high comedy coming from a man who a mere seven days did exactly that:

Now, if Trump hadn't specified that he was talking about leaders and religious leaders, it'd be possible to cut him some slack. But it appears that, by dint of his own argument, Trump is confessing to the world that as someone who has "question[ed] another man's religion or faith," he's "no leader." (Technically, he's also implicitly claiming that he's not a "religious leader" either, but it's not a stretch to say that no one's ever mistaken him for one.)

And it's not as if this attack on Cruz was a one-tweet deal, either, as Trump made similar complaints just this week to "Face the Nation" host John Dickerson, who had asked him whether it was a very "Christian thing to do to [attack] another Christian."

"I say this," Trump replied. "I say this -- you can't lie and then hold up the Bible. [Cruz] consistently lies. What he did to Ben Carson [in Iowa] was a disgrace," he said, in reference to the Cruz campaign encouraging its volunteers to tell Carson caucusers that their candidate had dropped out of the race. Moreover, "what [Cruz] did with the voter violation form -- which is a fraud -- is a disgrace, and you can't do that. You can't hold up all of these values and hold up the Bible and then lie."