Drinking while pregnant: If "Teen Mom" star Maci Bookout had a beer, it's none of our business 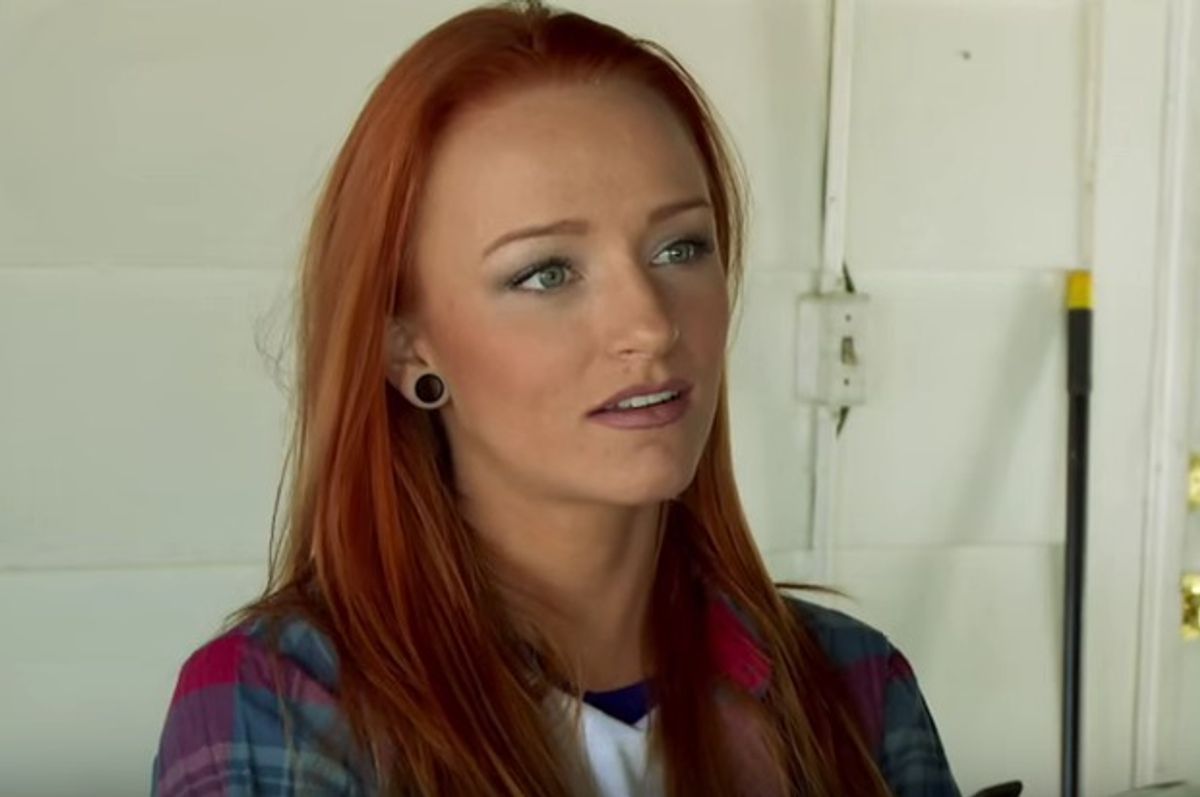 If you’re pregnant, it seems the highest sin you can commit in the eyes of nosy internet interlopers is to have even a single drink of alcohol; that’s all it takes to brand you a bad mom. This is all the more so if you’re "Teen Mom OG" star Maci Bookout, who announced on Instagram this week that she’s pregnant with her third child on Valentine’s Day. Bookout told Us that she was at the doctor to refill her birth control pill prescription and instead was surprised to learn she was pregnant.

Astute social media followers soon took her to task for an Instagram photo posted six weeks ago of her holding a bottle of Bud Light.

Firstly, it’s very possible that, as she’s stated, Bookout, like many other women before her, didn’t know she was pregnant; after all, she gave birth to her second child, daughter Jayde, last May. But even assuming she did know, so what? How is it anyone else’s concern if an expectant mom has one beer (or part of one)? You know what’s also bad for pregnant women? Stress, and I would imagine that constantly wondering whether someone stranger is going to harass you for having one drink, or refusing to serve you while pregnant, would add to a woman’s stress and shame.

We need to be realistic when we talk about drinking while pregnant, especially since the CDC reported last year that 1 in 10 pregnant women ages 18 to 34 reported drinking alcohol within the last 30 days. If drinking while pregnant is that widespread, then, as Emily Oster, author of “Expecting Better,” argues, we shouldn’t waste our time berating those who have an occasional adult beverage. Oster writes, “Rather than acknowledging the obvious dangers of heavier drinking and working to address the circumstances that lead to it, we are back to discussing whether pregnant women should be shamed for having a half a glass of wine on their anniversary—or any old night…The bottom line is that while there is clear evidence of the dangers of heavy drinking—especially binge drinking—in pregnancy, the same cannot be said for low levels of alcohol consumption.”

If we are going to trust women to make the best choices for themselves around their reproductive health, that has to include more than just whether to become a parent or not, but about how they parent and what choices they make for themselves and their child.

We can acknowledge that in an ideal world, nobody would drink while pregnant, while also admitting that plenty of women do, whether before they know they’re pregnant or not, and have perfectly healthy pregnancies. But it’s as if once a woman announces she’s pregnant, or is visibly showing, others think it’s okay to tell her, unprompted, what she should be doing with her body. That’s a twisted and unfair message that seems to set women up to fail, because at some point, if it’s not drinking, a mom is going to do something that goes against the conventional wisdom of how she should raise her child. Last year, Bookout faced similar criticism for posting a photo of her holding her baby along with a can of what could have been beer and could have been soda.

This isn’t just about alcohol, but about a sense of entitlement when it comes to treating pregnant women like they’re incapable of making the best choices for themselves, whether that’s a waiter bringing a pregnant woman decaf coffee rather than the regular she requested, or model Chrissy Teigen being told not to eat Fruity Pebbles while pregnant. It’s part of a larger cultural holier than thou attitude that leaves no room for women to figure out their pregnancy decisions for themselves.

The implication is that these women have never considered the possible downsides of imbibing or consuming whatever the forbidden item-du-jour is, but I would imagine that once they know they’re pregnant, they’ve certainly done their research, and made choices that take into account themselves, as well as their future children.

That’s exactly what Michelle Ruiz pinpointed in a Cosmopolitan article about why she, and other women like her, have made the active choice to occasionally drink during pregnancy. Ruiz writes, “One smart mom who I respect asked me, ‘What's the benefit?’ to drinking, even conservatively, during pregnancy. She was implying there couldn't possibly be any. But I believe I did benefit, mentally and physically, from maintaining as much of my normal life as possible during pregnancy.”

I have no way of knowing whether Bookout made any similar calculation—but you know what? It’s not my business, nor is it her social media followers’.