"I don't exist, I'm a spook": This is the story of a Black Panther-turned-counterterrorism informant 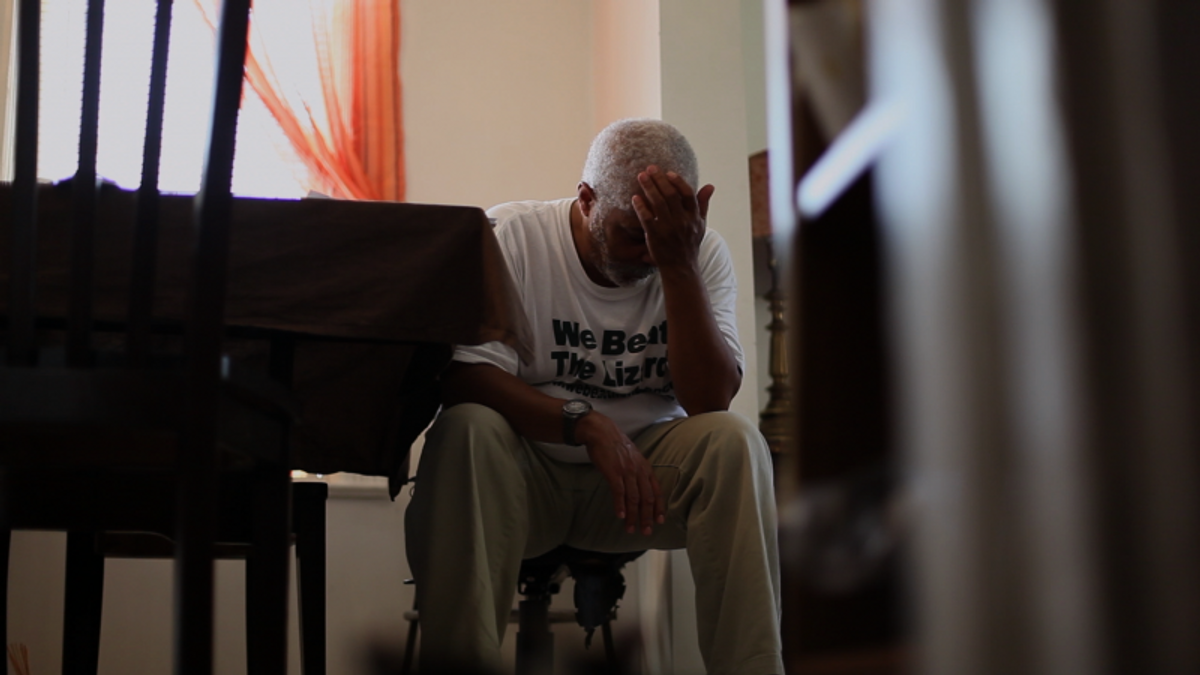 (T)ERROR is the story of a 62-year-old Black Panther-turned-counterterrorism informant for the Federal Bureau of Investigation. It is the first film to document a covert terrorism sting as it unfolds. With unprecedented access to both the informant and the target, (T)ERROR captures the drama and intrigue of a spy novel — but with very real consequences.

"Shariff" has been an FBI informant for decades, helping foil several terrorist plots, but the mounting strain of his risky trade and an unlikely acquaintance with a filmmaker leads him to document his last counterterror assignment, knowing all too well he'll face repercussions from his handlers.

As the case plays out, the film explores Shariff's own turbulent and extraordinary personal history, from “revolutionary patriot” in Harlem to train-robbing convict, before eventually becoming a foot soldier in the war on terror.

The result is a unique look into the complex and shadowy process by which the government tries to identify and address potential jihadist threats before they can manifest, and puts a human face on the people who are recruited to do the bidding of the American government, often risking their reputation and their lives as a result.

Taut, stark, and controversial, (T)ERROR illuminates the fragile relationships between individuals and the surveillance state and asks: who is watching the watchers?

The full-length film broadcasts on PBS on Monday February 22 at 10pm. Click here for more information about the film.