John Kasich doesn't "really know how average Americans feel about Wall Street," but he does know they like money

"People aren't silly about things," says the man who came in second to Donald Trump in the NH GOP primary 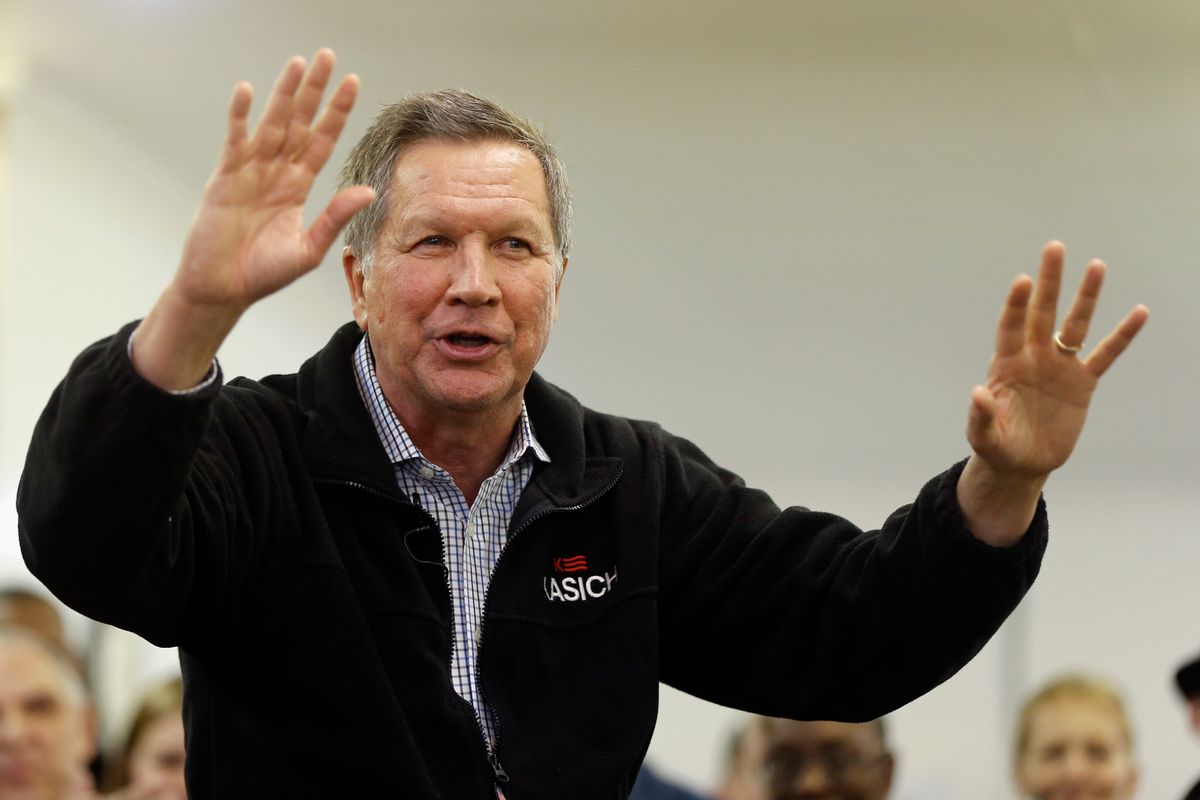 In an interview with John Harwood on CNBC, current Ohio governor and Republican presidential hopeful John Kasich confessed that he doesn't "really know how average Americans feel about Wall Street," but insisted that despite him having been a Lehman Brothers associate, he's not the kind of banker that Americans would hate.

Of course, even if he were il Papa, that wouldn't make him immune from criticism from other GOP hopefuls, as Donald Trump's recent contretemps with the pontiff demonstrated.

For all his talk about being the most sensible candidate in the GOP primary, Kasich clearly still buys into the majority of Republican lunacy when it comes to fiscal policy. "We are overregulated," he said.

"A lot of the regulation is killing small business. We're overtaxed, we keep raising taxes, and the Congress has an insatiable desire to spend," Kasich continued. "You get those three things in line, and work on something that you mentioned earlier in the interview, which is workforce training. That's back to that education system. You get that done, and this economy's gonna be doing very well. We'll be back to very significant growth."