LAPD rape case reveals a disturbing truth: Cops get away with sexual assault for too long

Two LAPD officers are arrested after years of allegedly raping women, showing that the system moves too slowly 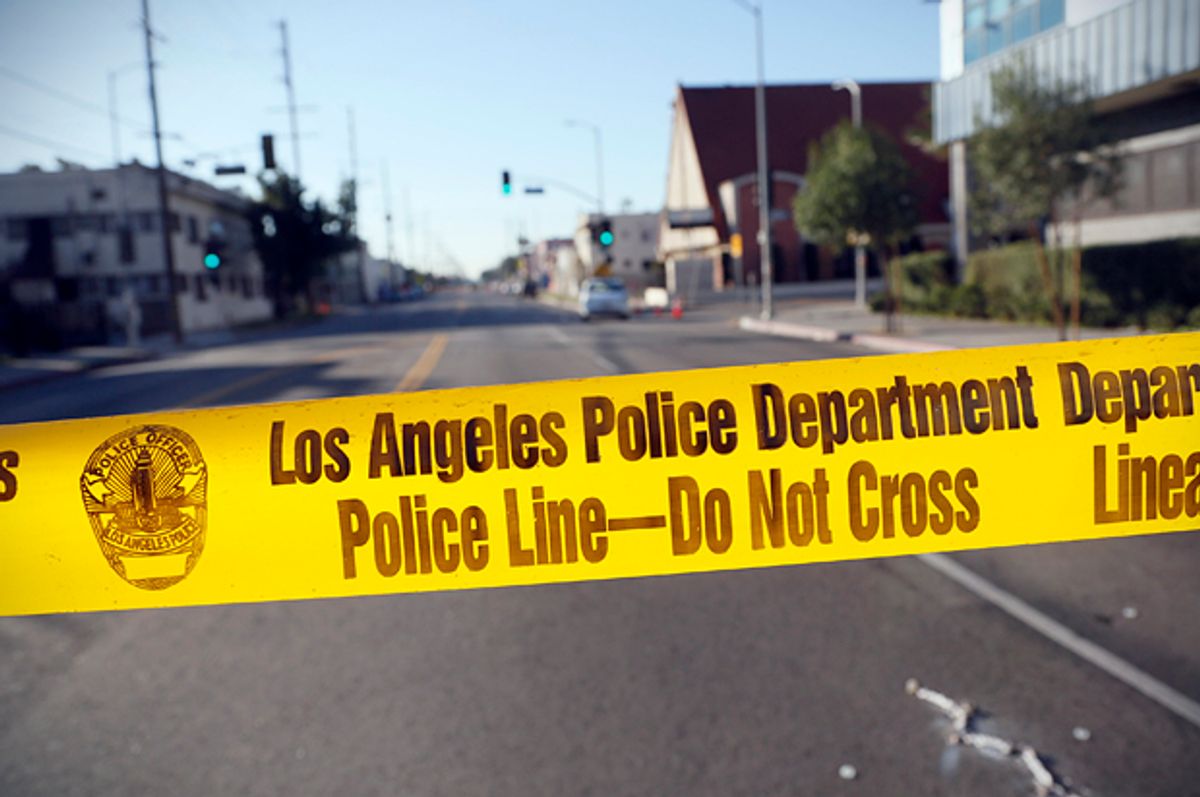 More than two years after they were put on suspension for an internal investigation, two Los Angeles police officers, Luis Valenzuela, 43, and James C. Nichols, 44, have been arrested and charged with a combined 32 charges for what prosecutors are alleging was a rampage of sexual assaults, most of which were allegedly committed while on duty. The two men are accused of preying on women who were under arrest for drug charges, exploiting their fear of jail and fear of being shot in order to force sex on them.

The whole story is yet another reminder of what Black Lives Matter and other activists have been saying for years now, which is that police in this country have way too much power and way too little accountability. It's a system that allows men with violent urges to get away with their behavior by hiding behind a badge and going after people who are vulnerable because they don't have a lot of public sympathy. Combine that with a culture where people are often all too eager to look the other way on sexual abuse, and you have a perfect recipe for horror stories like this one.

While it is true that these men are facing criminal charges for this alleged behavior, the details of the criminal complaint paint a picture of predators allowed to run unchecked for years before anyone got it together to do anything about it.

According to the Los Angeles Times, the first complaint against the officers came in 2010, but the detective assigned to the case said he had trouble finding the alleged victim and so nothing came of it. Another woman came forward a year later, but "but for reasons not explained in the warrant, the investigation stalled again for the next year and a half." There was a third report in 2012, from a man who said he overheard prostitutes talking about the rapist cops.

"It wasn’t until one of the women filed a lawsuit against the cops in 2013 that their fellow LAPD officers moved in," The Washington Post reports, "seizing phones and computers belonging to Valenzuela and Nichols."

For those not keeping track, that means that it was three years between the first woman alleging rape and the LAPD actually taking serious action on the issue.

The reasons it took so long are these two allegedly preyed on women who were in a vulnerable spot. All four had been arrested on drug charges and some seem to have been involved in illegal sex work, as well. One woman alleges that the officers, who were using her as a drug informant, assaulted her on six different occasions, using the fear of jail to gain compliance from her. One of the officers is also accused of pulling a gun on one of the women.

If the details sound familiar, it might be because this all resembles the M.O. of Daniel Holtzclaw, an Oklahoma police officer who was recently sentenced to 263 years for assaulting women while on duty. Thirteen women, all black, told stories of Holtzclaw using his power to arrest them on drug charges and outstanding warrants as leverage to force sex with them. His brazenness in assuming he had carte blanche to treat vulnerable women however he liked stayed with him up through the last moments of his trial. As he stood there hearing the guilty verdicts, Holtzclaw, astounded, mouthed "how could you do this" to the jury.

The confidence Holtzclaw demonstrated and these two officers are alleged to have shown isn't delusional. The sad truth is that police officers have every reason to think they'll get away with this. Targeting women who have outstanding warrants or other legal troubles makes it unlikely the victims will report. Even if they do, the odds are high that the police taking the report are more likely to side with their fellow officer than with the victim. Women generally have trouble getting people to believe their stories of sexual assault, and being a woman of color or a woman who has prior trouble with the law (or both) makes it that much harder to get people to take you seriously. The fact that these cases both dragged on for years before anyone took real action shows exactly how hard it is to stop a police officer who wants to rape women from behind the badge.

Even if you do go to trial, the reflexive trust that juries often put in police officers, combined with unwillingness to take rape accusers seriously, makes it hard for prosecutors to get convictions. In 2011, two NYPD officers were acquitted of rape, even though multiple witnesses said the woman was too drunk to stand (which is why cops were called in the first place) and she was able to get one cop on tape admitting he had sex with her. Even in the Holtzclaw case, the jury only found him guilty on half the charges, a move that suggests the jury was struggling over how much they believed the 13 accusers.

In November, the Associated Press published a report showing that about 1,000 officers over a six-year period lost their badges for sexual misconduct. That only encompasses those who get caught, however.

"It's happening probably in every law enforcement agency across the country," Chief Bernadette DiPino of the Sarasota Police Department in Florida told the AP. "It's so underreported and people are scared that if they call and complain about a police officer, they think every other police officer is going to be then out to get them."

That pattern shows up again in this LAPD case. One alleged victim took two years to report. Two women said they were targeted multiple times. Two of the alleged victims that were dug up were found  because of a tip from the man who overhead chatter about it. Under the circumstances, it's easy to see why cops who do this sort of thing think they are going to get away with it. Probably quite a few do.