Bill Cosby's wife faces a deposition today, in which she'll have to reveal how much she knows 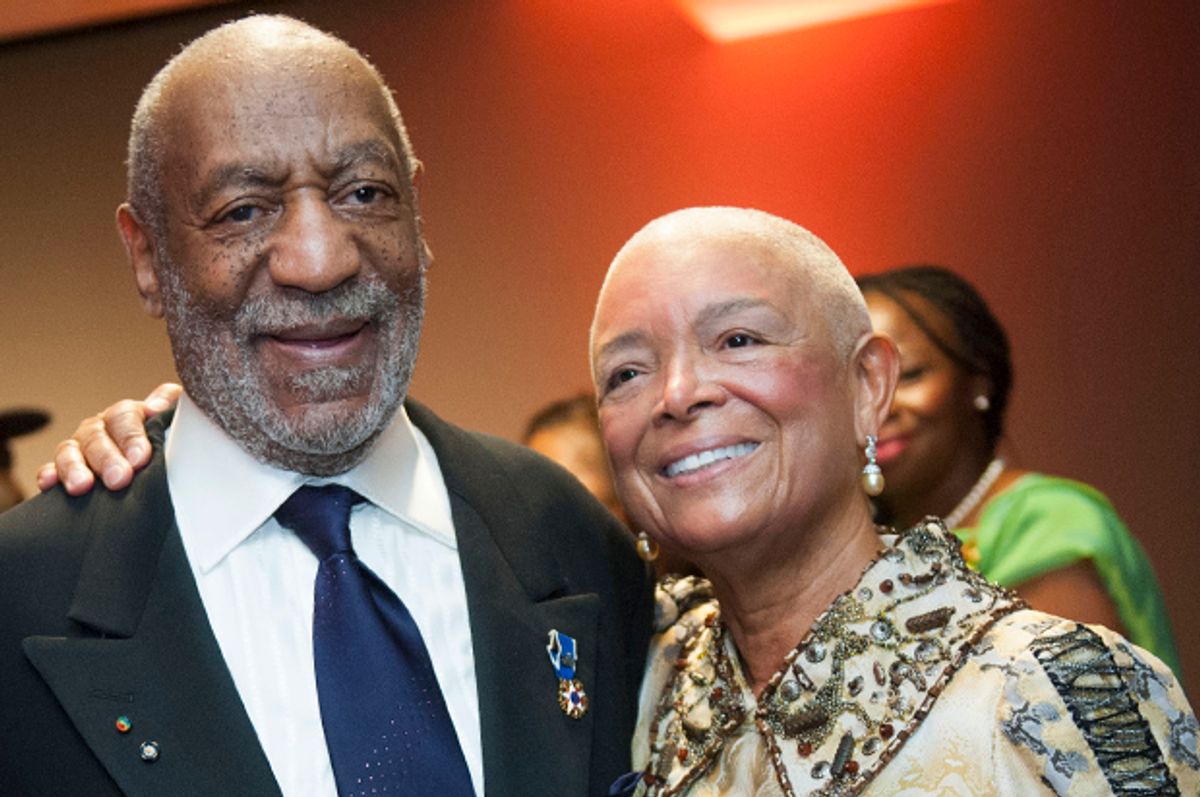 Camille Cosby does not want to be here. Yet here she is. The wife of accused serial rapist Bill Cosby, the mother of his children, his business manager, the woman who has stood by his side for over 50 years, arrived Monday at the Springfield Marriott in Massachusetts to give the deposition she fought so hard to avoid. A deposition in the defamation lawsuit seven women who say her husband sexually assaulted them have filed. And what happens now to Bill Cosby, yet again, comes down to the word of a woman.

In the past year and a half, as decades of whispered rumors — and one settled lawsuit — involving Cosby's tawdry history turned into a deluge that could no longer be ignored, Camille Cosby has been steadfast in her loyalty. In December of 2014, she issued a statement in which she called her spouse "a kind man, a generous man, a wonderful husband, father and friend." At the time, she pointed to the swiftly debunked Rolling Stone story on campus rape, saying, "None of us will ever want to be in a position of attacking a victim. But the question should be asked — who is the victim?" Apparently, to Camille Cosby, the victim is her husband. When Associated Press reporter Brett Zongker last year raised the question of the sexual assault accusations during an interview with the couple, it was Camille who quickly shut it down with a terse, "No, no, we don’t answer that." And for months now, Mrs. Cosby has been continuing in her quest to not answer, repeatedly requesting a postponement in what her team calls "an unnecessary media circus."

Can the Cosbys still believe this circus isn't theirs? Back in July, the New York Times revealed Mr. Cosby's words from his deposition a decade earlier, when Temple University employee Andrea Constand brought a civil suit against him. In it, he discussed trying to block a magazine article and said, "My wife would not know it was because Andrea and I had had sex and that Andrea was now very, very upset and that she decided that she would like to go to school." He also described what he called his various "rendezvous" with other women, saying, "I am a man, the only way you will hear about who I had sex with is from the person I had it with."

On Monday, the attorney for the Massachusetts plaintiffs, Joe Cammarata, told NBC News what he wants to hear from Camille Cosby herself. He said he intended to ask her, "Did he sleep around? What were his relationships? Did he make payments of money to other women?" Previously, Mrs. Cosby's attorneys had tried to argue that such a deposition would be an "embarrassment" and impose on "the sanctity of her marital relationship." But Mrs. Cosby, as Mr. Bill Cosby's sometime business manager, would ostensibly be privy to business that might include hushing up scandals and paying for silence. And based solely on Cosby's own admitted brags about "these romantic sexual things" he's had with other women, you've got to wonder about how long his wife's team thought they could hold up the "sanctity" argument. His indiscretions -- at the very least -- are public record; his wife will surely have to acknowledge them.

Mrs. Cosby will not, in all likelihood, drop any bombshells in that Marriott hotel room. She has also no doubt been coached exquisitely, by a very well compensated team, on how to handle the thorniest of inquiries. But she will nevertheless be under oath, and as NBC News explains, "Anything she says theoretically could be used in a criminal prosecution — and Cosby is under indictment in Pennsylvania." Attorney Cammarata says that he intends to question her "carefully, respectfully" — and that in return, "We expect [she] will be truthful to [her] oath. He further adds that a dereliction of that obligation would "open up her to criminal prosecution for perjury." And now, for a change, it doesn't really matter what Mr. and Mrs. Cosby want, or what their influence or their long ago tarnished image of a perfect, loving couple can buy. Cammarata says, "I intend to do what I need to do for my clients." Now, he says, "Game on."