Sanders vs. the CIA: In 1974, Bernie called the agency "a dangerous institution that has got to go"

If you think Bernie Sanders is radical now, you should hear what he was saying 40 years ago 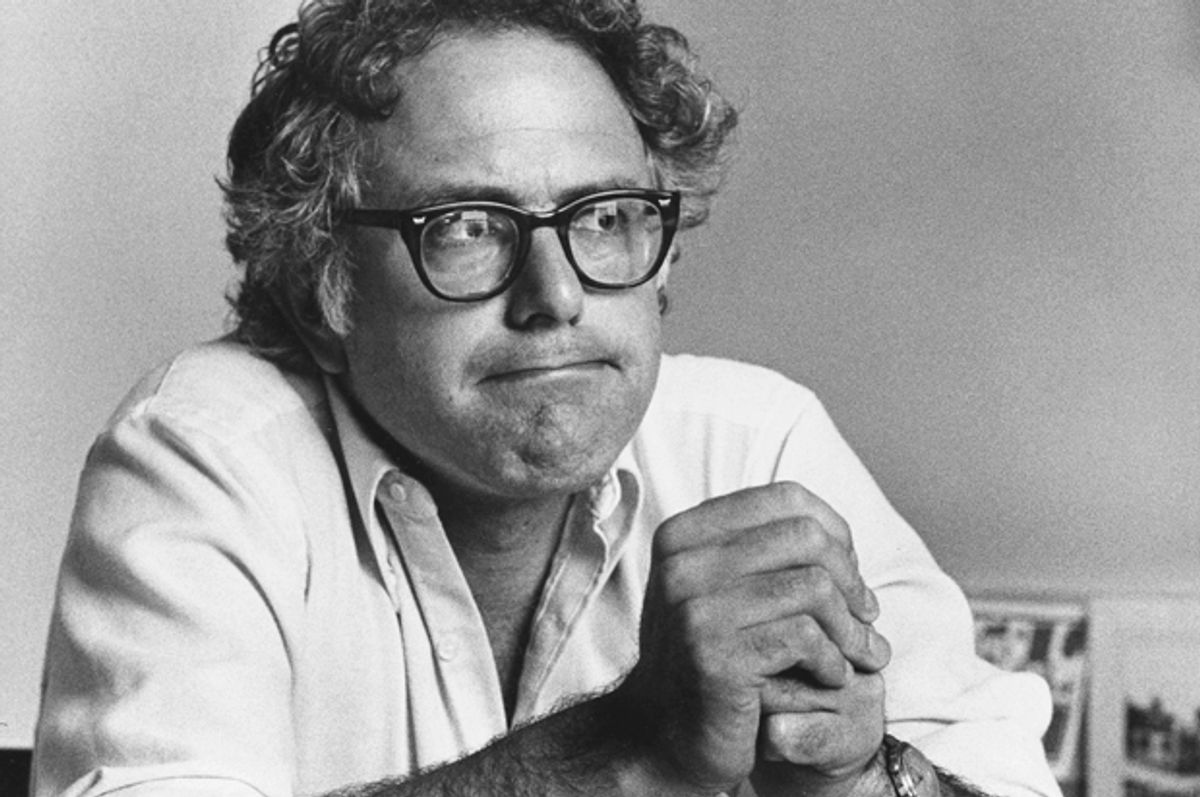 Bernie Sanders, during a 1974 speech in Vermont as candidate for U.S. Senate on the anti-Vietnam War Liberty Union Party ticket, called the CIA "a dangerous institution that has got to go," according to a Politico report.

"[Sanders] described the agency as a tool of American corporate interests that repeatedly toppled democratically elected leaders — including, he said, Iran’s Mosaddegh. The agency was accountable to no one, he fumed, 'except right-wing lunatics who use it to prop up fascist dictatorships.'"

As Politico notes, Sanders' even-more-radical early (he was 33 years old in 1974) political stances are ripe for mudslinging (in the primary against a center-left establishment Democrat and, even more so, in a general election against any one of the trash-talking GOP-ers).

Indeed, the Clinton camp is already running with the soundbite.

"Abolishing the CIA in the 1970s would have unilaterally disarmed America during the height of the Cold War and at a time when terrorist networks across the Middle East were gaining strength," said Clinton adviser Jeremy Bash. “If this is a window into Sanders’ thinking, it reinforces the conclusion that he’s not qualified to be commander in chief."

To be fair, Sanders' stance on the agency has shifted only slightly, and still with the same end in mind. As a member of Congress, "He was among just 66 House members who voted against the 2001 Patriot Act," according to Politico. "(H)e also opposed last year’s USA Freedom Act — which undid parts of the PATRIOT Act — on the grounds that it didn’t go far enough."

It's been almost four decades — over half of Sanders' life — since he cut allegiances with the Liberty Union Party, which called the draft a "modern form of slavery." The statute of limitations ought to bar rear-viewed criticism from an era when leisure suits were ace.