Lena Dunham: Verdict in Kesha case proves the legal system is on the side of the abusers

The public outcry may be heartening -- but the fact remains, the implications of this verdict are horrifying 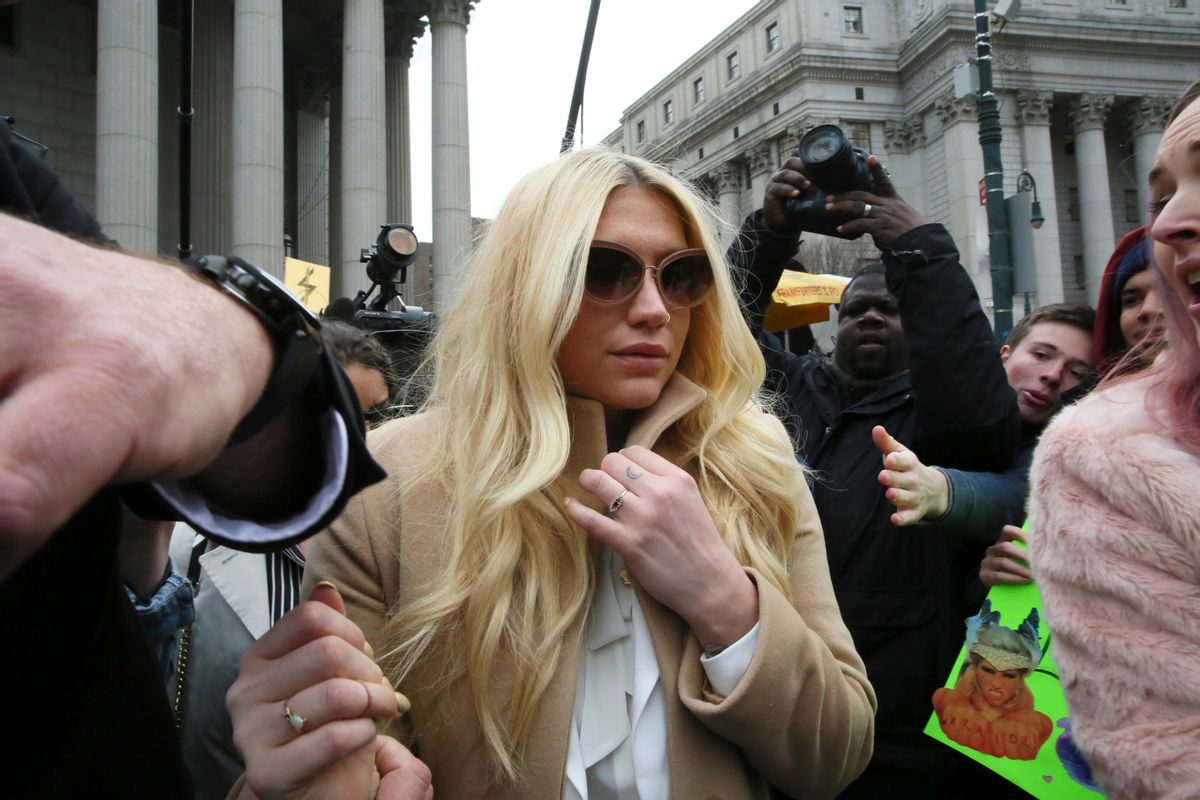 Pop star Kesha leaves Supreme court in New York, Friday, Feb. 19, 2016. Kesha is fighting to wrest her career away from a hitmaker she says drugged, sexually abused and psychologically tormented her _ and still has exclusive rights to make records with her. Producer Dr. Luke says the singer is slinging falsehoods and ruining his reputation to try to weasel out of her recording contract and strike a new deal. ((AP Photo/Mary Altaffer))
--

Lena Dunham is a lightning rod -- hated by those who love her, loved by those who hate her, or something along those lines -- but in powerful response to the verdict in Kesha's court case on Friday, she reminded us that she is, if nothing else, a damn powerful advocate for the rights of women.

Dunham assumes that it's easy not to sympathize with Kesha, given that she's perceived to be a wealthy artist and we live in a post-"Rolling Stone botched campus assault" culture. But she reminds readers that Lukasz Gottwald, a.k.a. "Dr. Luke," allegedly abused Kesha for the better part of a decade before she was able to escape his orbit.

"She has been shackled by a ten-year-old contract to Gottwald's company Kemosabe, a subsidiary of Sony that controls both her recording and publishing — her entire livelihood as an artist and businesswoman," Dunham wrote.

"Kesha says that for ten years Gottwald drugged, raped, and emotionally abused her and controlled her creatively and emotionally through threats and manipulations," she continued. "She explained that her dealings with Gottwald ultimately exacerbated a life-threatening eating disorder, which required rehab. When she concluded that continuing to work with Gottwald would kill her, she came forward and asserted herself."

Kesha told the court that "I know I cannot work with Dr. Luke, I physically cannot," but was still told that she has to honor the contract she signed with him. The judge in the case, Shirley Kornreich, questioned why she couldn't continue to work with Dr. Luke's label, Kemosabe, if he wasn't present, saying it's inappropriate "to decimate a contract that was heavily negotiated." (She likely didn't mean "destroy 1/10th of the contract, which is technically what she said, but Kornreich only uses words for a living, why hold her up to a higher standard?)

"What's happening to Kesha," Dunham concluded, "highlights the way that the American legal system continues to hurt women by failing to protect them from the men they identify as their abusers."