Ryan tried to laugh it off, then went right back into canned thoughts about electoral mandates 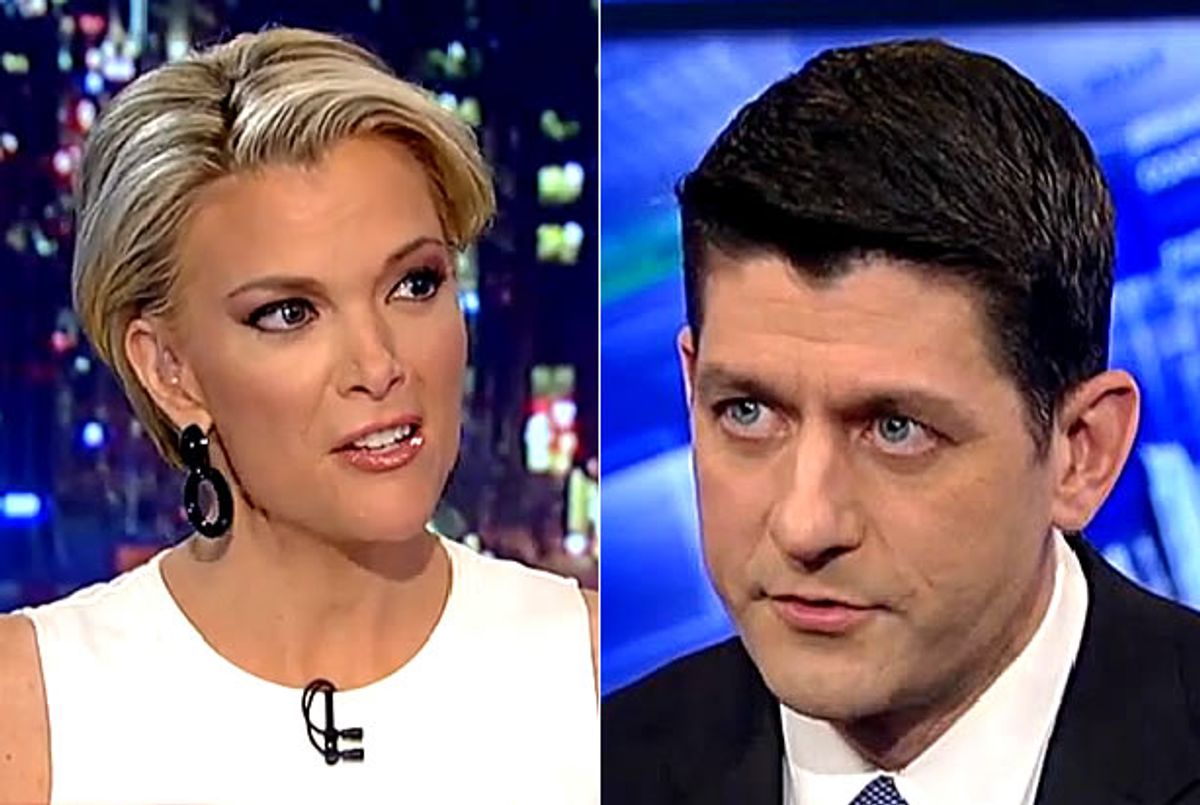 House Speaker Paul Ryan appeared on "The Kelly File" to discuss the implications of the Republican primaries on the fate of the party. The problem, host Megyn Kelly said, is that a lot of conservative voters have the "die trying" mentality, and that anything short of that is derided as "compromise."

"You're going to give me one now, aren't you?" Kelly replied.

"A short one," after which Ryan explained at length how a bill becomes a law, and that if you have "a progressive president, he's not going to sign conservative bills into law."

An exasperated Ryan explained that the president has vetoed every bill they've send to him -- including one that would defund his administration's singular legislative victory, Obamacare.

Ryan continued, saying that "everything is on the line in 2016, now the Supreme Court is in play."

Kelly later asked the Speaker if he thought there was a chance of a brokered convention.

"I doubt that," he replied.

"Because you would have to preside over that," she said.