If it seems inappropriate to score quick fulfillment from a cuddle with a potential adoptee, that's because it is 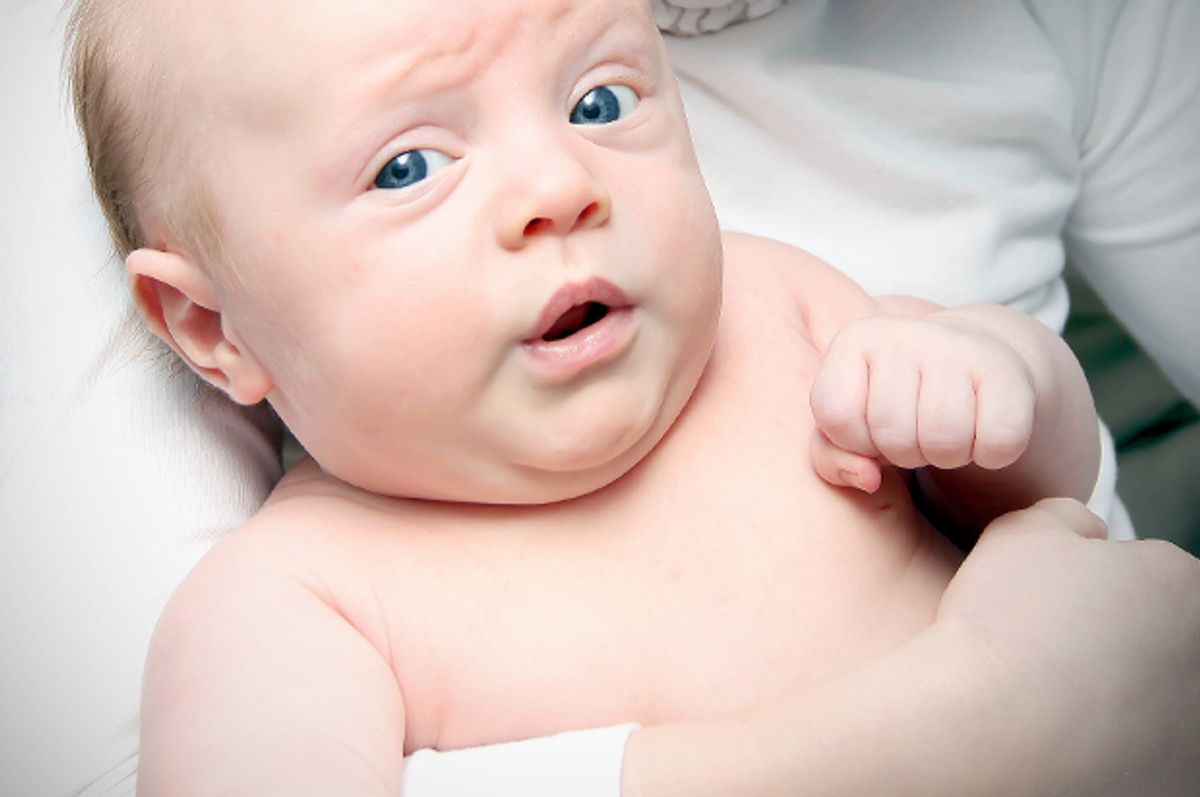 Have you ever wanted to get paid for cuddling babies? According to the Internet, there’s finally a job for you.

Last week, a series of articles about “baby cuddling” opportunities at adoption agencies hijacked my social media feeds as friends shared BuzzFeed’s article on the subject, which was presented as a cursory listicle. “Do you love cuddling babies?” the list asked. “OF COURSE YOU DO.” The accompanying photos showed sleepy infants in various angelic poses. Wouldn’t everyone love to spend time with easy, perfect infants, on a day when everyone happens to be clean and well rested?

A slate of news outlets have also jumped on the story, from Fox News to publications in the UK and Canada. “Adoption agencies are desperately seeking skilled baby cuddlers, and no, this is not a drill,” an AOL headline blared, describing the position as a “dream job.” (“Found my calling!!” more than one of my Facebook friends affirmed as they shared the post.) “Ever dreamed of having your very own baby bundle of joy, but balk at the whole take-care-of-them-for-life thing?” Metro Toronto wrote, also on Facebook. “Sound like your rent-a-baby dream job? It gets better.”

You know that thing people say--that if things seem too good to be true, they probably are? Unfortunately, that’s the case with both these stories and the first moments of an adoptee’s life.

For people who are unfamiliar with the nuances of adoption, it seems like a simple formula: A parent with an unplanned or unwanted pregnancy has a child to spare, and someone desperate to become a parent steps in at the right moment. At first glance, it’s an elegant, equitable solution that provides children in vulnerable situations with loving homes.

While this characterization does hold truth, adoption bears out a more complicated reality. The notion of “baby cuddling,” as presented in the articles that have cluttered social media, perpetuates the stereotype that adoption agencies are places where quick fixes are made. It’s a damaging idea that undermines the reality that adoption isn’t an event--it’s a lifelong identity with lasting impact.

When adoption occurs, biological families don’t simply stop existing. I’m fortunate to consider my own adoption a profound success, but even in the best possible outcomes, adoptees typically lose access to everything from a complete medical history to the opportunity to grow up around people who resemble them physically. The time after birth and before adoption, when biological parents may reconsider the decision to surrender their child to anxiously hopeful adoptive parents, represents one of the most sensitive periods of the adoption process for everyone involved. It’s a moment when time seems suspended, and the blissful, cuddly infant we might be tempted to envision hangs in between two potential futures, each as possible and vivid as the other until a final, legally binding decision is made.

If, knowing this, it seems wildly inappropriate to offer strangers the opportunity to score quick emotional fulfillment from a cuddle session at this critical point in the adoption process, that’s because it is. By capitalizing on the Internet-friendly notion of “baby cuddling,” BuzzFeed and other media outlets succeeded both in creating a viral story and in completely mischaracterizing the program they attempted to describe.

The actual program, formally called Interim Care, is run by a New York-based adoption agency called Spence-Chapin. Though Interim Care is short term, providers are responsible for round-the-clock attention to newborns for a period that lasts days or weeks--not a quick cuddle sesh volunteers can slot into their days between lunch and a Target run. Volunteers can’t simply show up for an hour or two the way they might if they were volunteering to socialize service dogs or play with animals at a local shelter; instead, Interim Care providers must undergo screening, attend regular training sessions, and take responsibility for record keeping and even participation in the adoption negotiations between a biological family and prospective adoptive parents. (It’s also worth noting that Spence-Chapin welcomes applications from all kinds of potential care providers, from single retirees to LGBT couples.)

Providing care to an infant while biological parents are given additional time to consider their options has the potential to be a release valve on one of the highest pressure decisions they will likely ever make. No one in my adoptive family knows what happened to me during my first three days of life, while my teenage birth mother made up her mind before ultimately surrendering me to the wonderful family who raised me. I could have been alone in the hospital, been with my birth mom and her family--or for all I know, I could have been manhandled by enthusiastic strangers. Although I might lack that information, I am certain that a few hours of cuddling by a total stranger would not have had a significant impact on my situation. A homestay with a highly qualified, trained Interim Care provider who was committed to recording my history while everyone made sure they could live with their choices could have.

Worse still, Today reports that the Spence-Chapin Interim Care Program has been overwhelmed by the response to the story. “Please don't call,” a caveat at the bottom of the Today story warns, “as the program is currently inundated by callers who think they can sign up to snuggle babies.” Not only has the story perpetuated stereotypes about adoptees that erase their biological families and their experience of loss--it has actually hampered the Interim Care program’s ability to connect with new care providers.

Michelle Delgado is a freelance writer in Washington DC. Her work has been featured on The Toast, XO Jane, Fast Company, and more. Follow her on Twitter.