Conservatives in a complete meltdown after Trump wins his third straight election: "I'd support Rick Perry in a third party run"

Republicans are starting to come to grips with the inevitable, but not without some very loud last wails 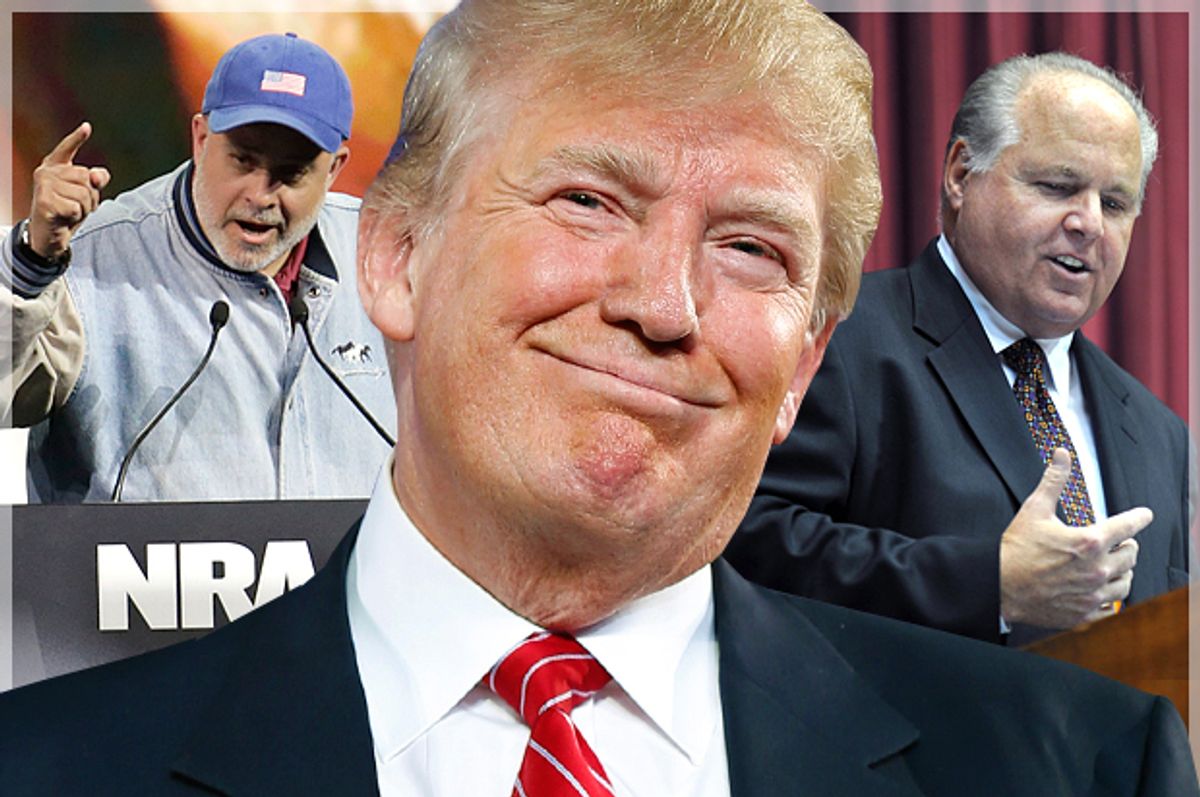 As Donald Trump mocked his opponents and gushed that "I love the poorly educated" Nevada voters who handed him his third straight Republican presidential election during his victory speech Tuesday night, essentially cementing his pathway to the nomination, conservatives were in complete disarray as they openly grabbled with the prospects of the "Celebrity Apprentice" boss serving as the titular head of the conservative movement in America going forward.

While conservative firebrand Michelle Malkin took to Twitter to call for calm in the face of the Trump storm:

Most conservatives spent the evening expressing their frustration with Trump's seemingly insurmountable dominance and wallowing in self-pity at the thought of another Republican defeat this November.

Glenn Beck turned to Facebook to lash out at Trump supporters after the blustery billionaire made a surprise, last minute campaign stop at a Nevada caucuses site where the conservative talk show host was stumping for Ted Cruz:

Trump supporters are brown shirts. Some of them will end in jail.Dana from the blaze is receiving death threats and...

After it became apparent that Trump had won Tuesday's election, Cruz's other vocal right-wing radio backer, Mark Levin, lashed out at Trump online, tweeting a link to a video of Trump's speech in Sparks, Nevada earlier on Tuesday where he suggested that voters shouldn't support candidates who never return to a state after campaigning:

Red State editor Erick Erickson was in such a state of shock and resignation that he suggested a possible third party challenge to Trump from former Texas governor and two-time failed presidential candidate Rick Perry -- obviously a last ditch plea of desperation:

And while right-wing radio heavyweight Rush Limbaugh has no problem waffling between Trump boosting and Cruz cheerleading, his brother and conservative author David was quick to lament the rise of Donald following his third first place finish:

The New York Times' resident religious conservative was particularly left aghast about what this means for his party, the party that is set to select The Donald:

"Waiting for 'the establishment' ... is like waiting for Godot to bring the beer to the party," the conservative columnist wrote, imploring the two Cuban-American Republican candidates to present to America the first ever majority, minority presidential ticket.

And Commentary columnist Noah Rothman also held out hope that Trump can be stopped:

While the Weekly Standard's Bill Kristol offered his sage advice to Trump rival, Marco Rubio: Shrug off "Trump fatalism" and finally take the fight to The Donald during Thursday's GOP debate: