This is why GOP always wins: Obama should have fought Scalia obstruction with a recess appointment

Stop dreaming GOP does anything but obstruct. It helps them! Dems should get this by now, made recess appointment 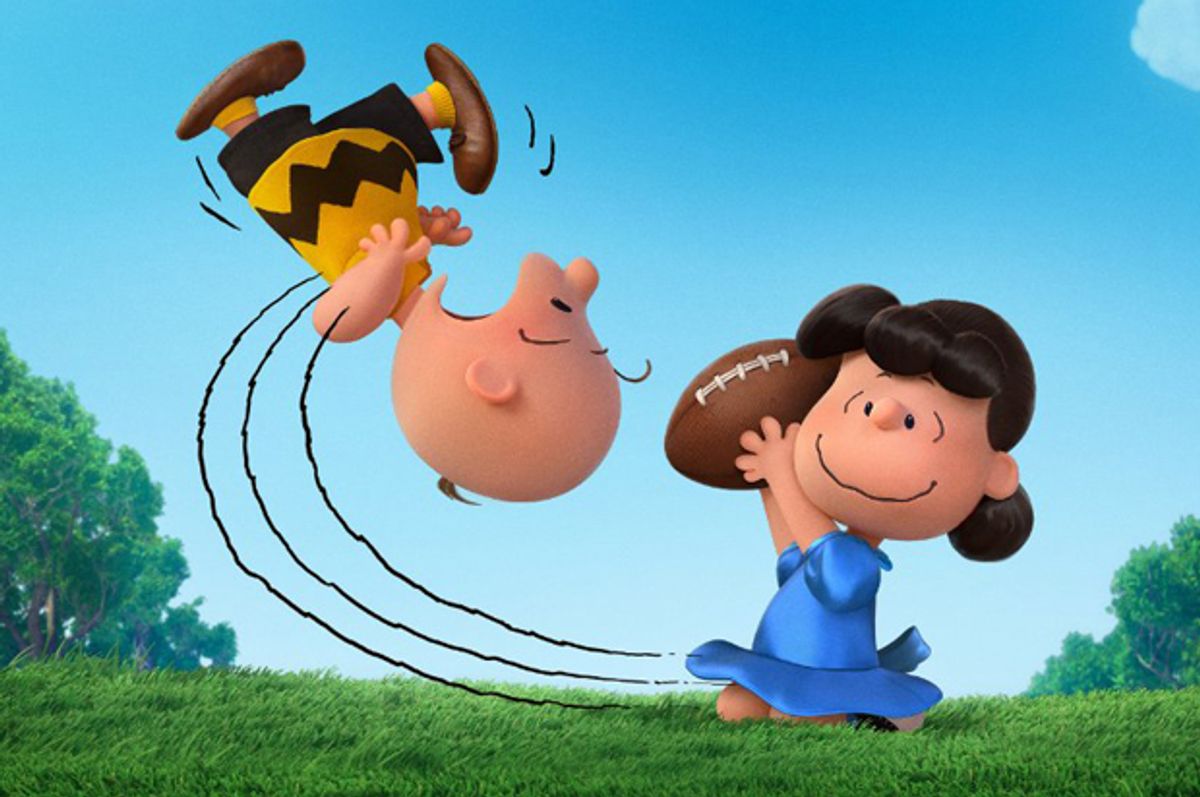 Democrats expressed the usual gasps and outrage yesterday when Republican senators, once again, did exactly what they said they were going to do.

When Majority Leader Mitch McConnell, the GOP Senate leadership, and Republicans on the judiciary committee presented a united front against considering any Supreme Court nominee by President Obama -- indeed, refusing even hold a courtesy meet-and-greet with any candidate put forward to succeed Antonin Scalia -- it was confirmation of a strategy telegraphed in the very moments after the conservative justice's death was announced.

Ted Cruz took to Twitter and insisted that "We owe it to (Scalia) & the Nation, for the Senate to ensure that the next President names his replacement." In the GOP presidential debate that night, Cruz, Rubio and candidates suggested Obama not even bother nominating a new justice. Donald Trump, at least, nodded to Obama's constitutional right to send the Senate a candidate, but told the debate audience that the appropriate strategy was "delay, delay, delay."

All of this might have signaled to the Obama Administration that they would have to think differently and play a more aggressive game if they wanted to fill Scalia's seat this year. They had that option for several days last week -- a recess appointment that could have replaced Scalia through the end of this Senate next January, potentially tipping the balance and busting a 4-4 tie, at least temporarily, on the essential labor, reproductive rights and environmental cases coming before the Court this year. There were numerous interesting ideas for how he might do this.

Instead, Obama actively decided to let that window close. The day after Scalia's death, Obama simply dismissed the option altogether. "Given that the Senate is currently in recess, we don’t expect the President to rush this through this week, but instead will do so in due time once the Senate returns from their recess," Eric Schultz, a White House spokesman, told ABC News. "At that point, we expect the Senate to consider that nominee, consistent with their responsibilities laid out in the United States Constitution."

Obama himself delivered the same high-minded nonsense at a press conference last week:

“The Constitution is pretty clear about what is supposed to happen now. When there is a vacancy on the Supreme Court, the President of the United States is to nominate someone. The Senate is to consider that nomination, and either they disapprove of that nominee or that nominee is elevated to the Supreme Court.
“Historically, this has not been viewed as a question. There’s no unwritten law that says that it can only be done on off years – that’s not in the constitutional text. I’m amused when I hear people who claim to be strict interpreters of the Constitution suddenly reading into it a whole series of provisions that are not there. There is more than enough time for the Senate to consider in a thoughtful way the record of a nominee that I present and to make a decision.”

So when Republicans vowed a blockade on Tuesday (and also vowed not to recess until the end of the year), the only thing worth gasping over was the audacity of the spin -- and the way the administration plays the fool, yet again. Republicans on the judiciary committee reasoned that their decision not to hold hearings was actually "based on constitutional principle and born of a necessity to protect the will of the American people.” McConnell reportedly told the wingnut brigade of the House Freedom Caucus that there isn't "a snowball's chance in hell" he'd relent and consider a new justice before 2017, then went to the Senate floor and cast the president in the role of divider.

Obama, he said, "has every right to nominate someone. Even if doing so will inevitably plunge our nation into another bitter and avoidable struggle, that is his right. Even if he never expects that nominee to actually be confirmed but rather to wield as an electoral cudgel, that is his right." Sen. Orrin Hatch went so far as to recast the Senate's precedent-shattering move as a heroic defense of democracy. "It’s not obstruction," Hatch insisted. "This is saying that this is so important, it should not be brought up in this messy time, and it ought to be brought up for the next president, whoever that may be."

Accept, for the moment, the notion that Hatch and McConnell would act swiftly on any nominee sent next January by a President Clinton or Sanders, and accept the vote of the people in November 2016 more than they do the one that occurred in November 2012. The bigger problem here is that seven-plus years into his presidency, Obama continues not to comprehend and effectively counter the Republican opposition to him. The fantasy of bipartisanship is one reason why Obama pushed against hearings into what really happened in the buildup to the Iraq War. It still seems to animate too many Democrats now.

McConnell, after all, is the same senator who vowed that his goal for Obama's first term was to limit him to a one-term presidency. The Republicans stymied him on the stimulus package in 2009. Every Republican in the House and Senate voted against Obamacare, and then a House Republican introduced the first bill to repeal it the very next day. They were willing to shut down the government for 16 days in October 2013 rather than enact budget legislation in time. They dance to the cliff of default over the debt ceiling time and again. There is, at this point, almost no cliche with any meaning: It is Groundhog's Day, it is Charlie Brown and the football, it is deja vu all over again.

Obama seemed -- finally, amazingly, frustratingly -- to recognize the nature of the opposition heading into this final year of his presidency. He let loose a torrent of executive orders on immigration, gun control and climate change. Liberals cheered the Obama who no longer gave a fuck and dreamed of what two terms of this guy might have produced.

So why the return to the soaring historic rhetoric about "advise and consent" and not a recess appointment, when he had the chance, to deal with the entirely predictable GOP blockade?

Simon Maloy astutely lays out the GOP's political calculation here. And perhaps Obama has a plan in mind to nominate a centrist or an esteemed jurist to try and make the GOP look silly and highlight their obstructionism in an election year. The problem, however, is this: the GOP has not yet once paid any electoral price for obstruction. Indeed, they've only been rewarded for it in massive midterm victories in 2010 and 2014. The House is so effectively gerrymandered that a Republican incumbent has zero political incentive to compromise; indeed, working with the Democrats and earning a primary challenge from the right is probably the only risk faced by most House Republicans. Democrats would have to pull a political version of an inside straight to hope that this issue flips at least four swing-state Senate seats in November. In the meantime, why not rally the base with an aggressive move, and influence the Court's docket over the next ten months? What imagined cooperation, exactly, does the president thinks he stands to lose by standing up to the GOP?

Obama is not the only prominent Democrat living in this fictional fantasy world where Republicans can be convinced or shamed into becoming rational actors and constructive partners if only Democrats reach out the right welcoming hand. It's a dumb Beltway media truism, after all, that Obama might have earned more Republican cooperation if only he had more conservatives 'round the White House for happy hour.

This notion has infiltrated the Democratic primary debate as well: Hillary Clinton has cast herself -- much like Obama did in 2008 -- as a veteran Washington hand who could find Republicans in Congress who are willing to work with her and forge alliances in the national interest. As she said last night in the CNN town hall:

"I still think there is a critical mass of members of Congress who actually do want to get something done and who would be interested in, you know, kind of getting to know one another, getting to know me as president, if they don't know me before as senator or secretary of state, so -- you know, people like John McCain, Susan Collins are people that I felt, you know, I got to know well and worked well with."

McCain, meanwhile, spent part of the day yesterday refusing, once again, to come to the table on closing Guantanamo Bay. His response to Obama's latest effort on Tuesday was this:

“What we received today is a vague menu of options, not a credible plan for closing Guantanamo, let alone a coherent policy to deal with future terrorist detainees. After years of rhetoric, the president has still yet to say how and where he will house both current and future detainees, including those his administration has deemed as too dangerous to release.”

This strategy was apparent to all seven weeks into the Obama presidency. That we are still discussing his inability to effectively counter it seven years later explains so much of the frustration within the Democratic base. Obama's legacy, yes, will be the Affordable Care Act, an economic recovery and the bailout of the auto industry. It will also be shaped by a stubborn inability to grasp the true nature of his opposition, both in 2009 and again in 2016. Just as concerning, that the party's 2016 front-runner still thinks the "John McCain and Susan Collins will work with me" strategy is an effective one just seems head-shakingly bizarre.

The Republicans do not want to work together. They will obstruct until they have a Republican president to go with their gerrymandered GOP Congress. They will probably still attempt to "delay, delay, delay" even if the Democrats win in November. Wake up and fight like they do, or remain just this ineffective.