"You say the same thing in every speech -- ever think about mixing it up and saying something intelligent?" 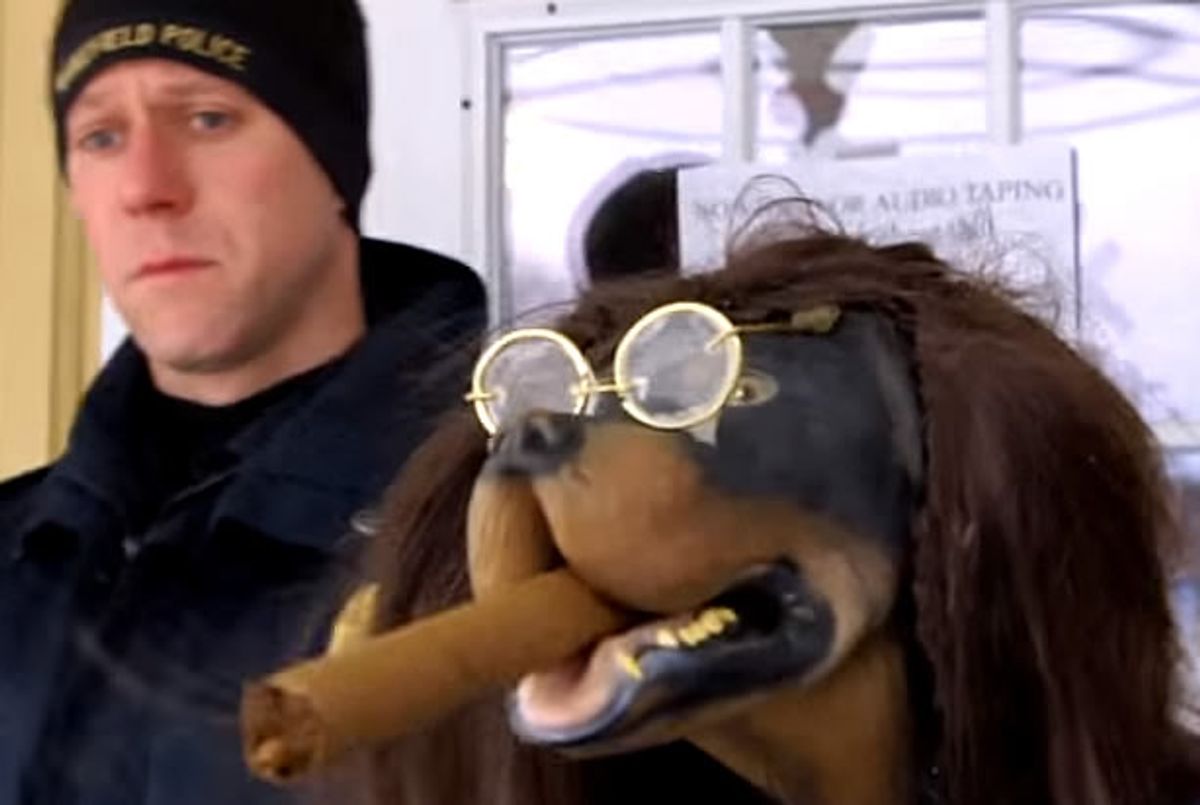 Triumph the Insult Comic Dog is on a roll, this time trailing Texas Senator Ted Cruz. At one Cruz rally, Triumph attempted to ask the senator a question, but kept referring to the prospective candidate as "Marco Rubio."

After being told that the man on stage was Ted Cruz, the Insult Comic Dog replied, "See, I knew I was racist enough to be a Republican."

So he tried another tact, asking the GOP hopeful whether it's true that he tried to shut down the government so he could attend a Nickelback concert.

Unsurprisingly, Cruz did not respond.

Triumph later attempted to ambush the campaign by cosplaying as professional victim Kim Davis, the Kentucky clerk whose brave stance against same-sex marriage is celebrated by bigots everywhere.

Alas, that ploy was also unsuccessful, but hilariously so. He later enlisted the help of "the Dell dude" to "get him in," and the results were very much the same.

Watch his entire journey on the campaign trail below via Hulu.