Former KKK head David Duke to followers: Voting against Donald Trump is "treason to your heritage” 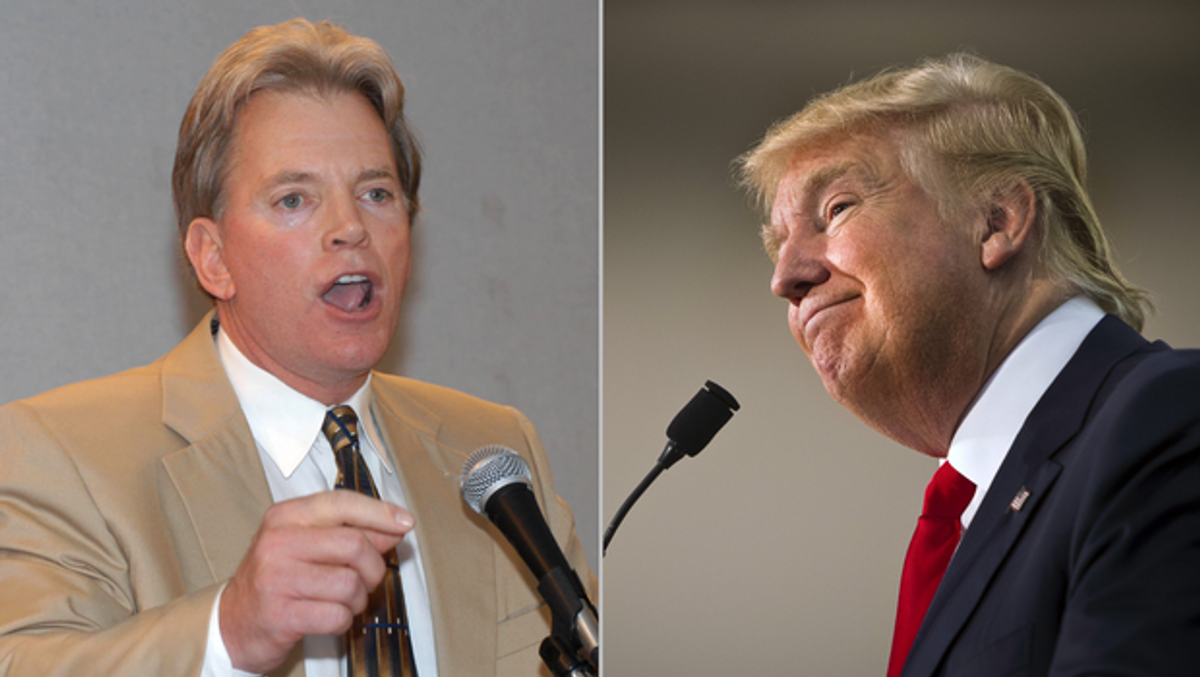 Falling short of expressly endorsing the Republican frontrunner, conservative talk radio host and former Ku Klux Klan grand wizard David Duke encouraged his followers to do everything they can to support a Donald Trump presidency, warning that a vote for either Ted Cruz or Marco Rubio is "treason to your heritage."

Buzzfeed's Andrew Kaczynski bravely listened to the Wednesday edition of the "David Duke Radio Program" and reported that the white nationalist hailed Trump's victories in Nevada and South Carolina as a “historic day," urging his listeners to help the Trump campaign in order to meet people with "the same kind of mindset":

And I am telling you that it is your job now to get active. Get off your duff. Get off your rear end that’s getting fatter and fatter for many of you everyday on your chairs. When this show’s over, go out, call the Republican Party, but call Donald Trump’s headquarters, volunteer. They’re screaming for volunteers. Go in there, you’re gonna meet people who are going to have the same kind of mindset that you have.

Duke argued that a vote for either of Trump's Cuban-American competitors is a sort of betrayal.  “Voting for these people, voting against Donald Trump at this point is really treason to your heritage,” Duke told his listeners.

“I’m not saying I endorse everything about Trump, in fact I haven’t formally endorsed him. But I do support his candidacy, and I support voting for him as a strategic action. I hope he does everything we hope he will do.”

Duke, who’s classified by the Southern Poverty Law Center as the “most recognizable figure of the American radical right, a neo-Nazi, longtime Klan leader and now international spokesman for Holocaust denial,” has been supportive of Trump in the past. In August, Duke said that Trump “understands the real sentiment of America.” And in December, Duke admitted that Trump speaks “a lot more radically” than he does. Duke did, however, express reservations about Trump's "deep Jewish connections." Trump's daughter, Ivanka, converted to Judaism when she wed her husband in 2009.

Listen to Duke's call to support Trump, via Buzzfeed: