"People understand that the game is rigged": Ice cream icon Jerry Greenfield explains why he's sweet on Bernie for prez

Sanders' early success shows how serious Americans are about getting money out of politics, Greenfield tells Salon 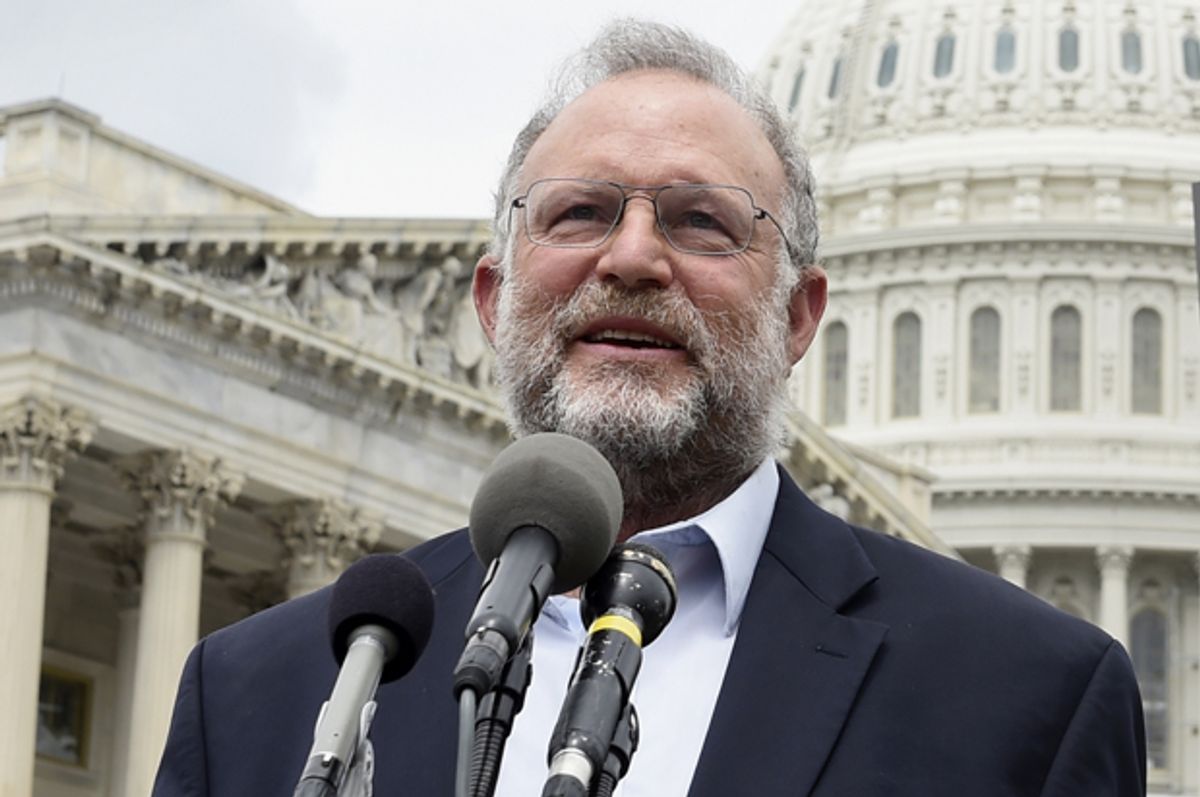 Anyone following the Democratic primary knows that when it comes to high-profile endorsements, this otherwise neck-and-neck race is something of a rout. Most of the party’s leading interest groups and individuals — the figures that comprise what Sen. Bernie Sanders has called “the political establishment” — are all-in with Hillary Clinton. It isn’t even close.

But while Clinton may have Planned Parenthood, the American Federation of Teachers, Rep. John Lewis and the SEIU in her corner, Sanders has got two names that — among Democratic voters, at least — may carry even more weight. One is “Ben”; the other is “Jerry.”

Because Salon has spoken with Ben (full name: Ben Cohen) about Sanders already, it felt like the time was right to get Jerry (full name: Jerry Greenfield) on the phone to talk inequality, “Bernie,” as he prefers to call him, and 2016. This conversation has been edited for clarity and length.

Be honest: Did you expect the Sanders campaign to be this successful?

I am quite surprised. Ben and I have been constituents of Bernie for over 30 years in Vermont and we understand how genuine he is, how consistent he is, how driven he is by working for fairness, justice and equality and overcoming a rigged political and economic system. But I was not aware that there were people around the country who also were following what Bernie was fighting for, and that were going to be so enthusiastic in terms of their support for him, so I’m very pleasantly surprised.

How do you explain it?

Bernie is not politics-as-usual. He’s someone who tells the truth, he speaks from his heart, he doesn’t use political speak. And when people hear him talk about how the political system is rigged for the advantage of the ultra-wealthy and corporations, when they hear him talk about how the economic system is rigged by those same groups, they know in their hearts that he’s right. People understand that the game is rigged. We may not all be sure what to do about it or we may not be sure how to address it, but we all know that it’s absolutely true. And to have somebody be speaking that so plainly is very motivating.

The other thing about Bernie [is that] he is not funded by special interests. He is the only candidate running for president that doesn’t have a super PAC, he is funded by individuals with small contributions; the average contribution is less than $30, and as Ben sometimes likes to say, “just follow the money.” It’s not the fossil fuel industry that’s funding Bernie, it’s not Wall Street that’s funding Bernie, it’s not the pharmaceutical industry the same way those entities are funding all the other candidates. He is not bought and sold.

Do you think the Clinton campaign’s “single-issue candidate” talking point is going to work?

No. Bernie is certainly not a one-issue person. However, if you look at the way the political system works in our country, the way that campaigns are funded, the way that lobbying is done. All of those things involve huge amounts of money that are coming from corporations and very wealthy people. And if you want to get at any particular issue, whether it’s the environment, whether it’s healthcare, whether it’s Wall Street, the only way to address that is to fundamentally take the money out of the political system. That is the starting point. You’re never going to get at those unless you have somebody in office who is essentially not for sale.

Do you think the Sanders campaign will "go negative" if it looks like Clinton is starting to pull away? More of what Clinton has called an "artful smear"?

As I said before, Ben and I have been represented by Bernie for over 30 years. He has never run a negative campaign. He talks about issues; and I think what the Clinton campaign might have been referring to was this issue of money and politics. And what Bernie said was that the system itself — because of the amount of money in politics — is broken. It is rigged. He wasn’t pinpointing anyone in particular. He was just saying it is no coincidence that all of these special interests get taken care of [in Washington] and the average working person — the average vet, the average senior, student — is not getting treated fairly.

From what you’ve seen, knowing him for all these years, how competitive of a person is Sanders? Will it be enough for him to know that his campaign was influential; or will he feel like he’ll be a failure if he doesn’t win?

Bernie is definitely in it to win. But I think what’s different about Bernie from all these other candidates is that Bernie is not motivated or driven by becoming president; Bernie is motivated and driven by addressing these issues that he’s been working on at least for 30 years — and probably his whole lifetime. That is what drives him.

Why do you think he decided to run for president, then?

He understands that in order to make more progress on [these issues], he has to be in a bigger leadership role. So that’s what’s motivating him, that’s what makes him very serious about what he’s doing. That’s what he believes in. He believes in a fair shake for the average person; that’s his motivation.

So let’s say Sanders wins, and on Day One he brings you into the Oval Office and asks, “What should I do first?” What would you say?

I think the enormous influence of money in politics is the fundamental issue. Everything stems from that.

It’s interesting, too, because that particular issue is not a partisan issue. In polling, over 80 percent of Americans — whether they’re Republicans, Democrats or independents — feel like the influence of money in politics is really destructive; that it undermines the very nature of a democracy and the idea of “one person, one vote.” It’s become “one dollar, one vote.” So it’s not a controversial issue.

Why do you think it hasn’t been addressed yet, given that getting money out of politics has such widespread and bipartisan support?

I think what makes it difficult is that people get discouraged and don’t do anything about it. And what Bernie’s campaign is about — he’s very explicit about this — is a political revolution. It’s going to require not just him getting elected but for millions of people to rise up and say that the current system doesn’t work.

Some pundits have worried about Sanders not being enough of a “pluralist.” I think the idea is that he won’t be willing to work with people who differ from him on fundamental values; that he’ll just yell at them or freeze them out. Have you seen any sign that he’s intolerant, in this specific sense

Not that I’ve seen.

Bernie is a U.S senator; he’s been in Congress; he’s worked across the aisle. He was on the Veteran’s Affairs Committee with Sen. John McCain — and worked very well with him — to come up with a great veterans bill. So he understands that you have to work across the aisle.

But it’s going to take millions of people, and not just a change in the presidency, to change what goes on in this country. There are very powerful entrenched special interests who benefit from the way things are; and they are going to [try] to keep things the way they are. I guess I’m not sure that they can have their way and have a certain fairness for other people.

Can you give me an example of what you mean?