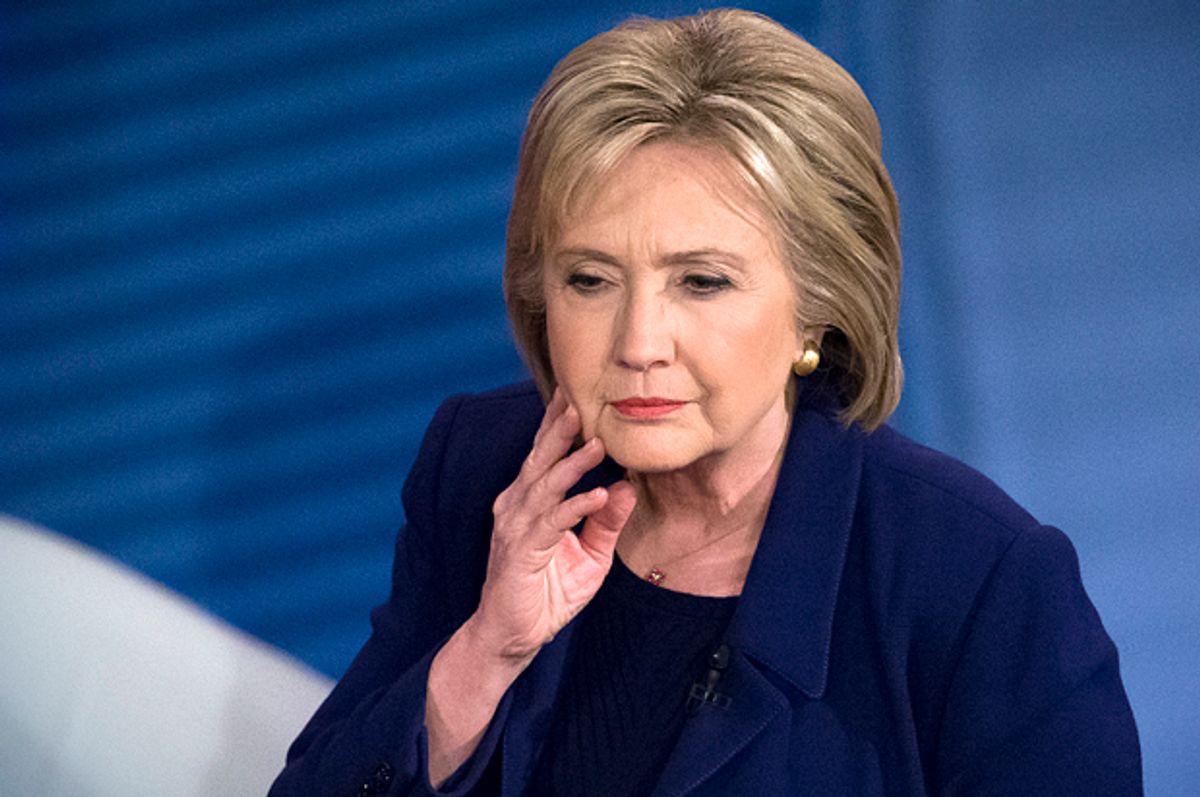 Williams held up a sign reading "We have to bring them to heel," recalling a line from Clinton's 1994 "super-predator" speech, which has been widely characterized as racist. Secret Service promptly forced the Black Lives Matter activist to leave the wealthy, almost all-white fundraiser.

Activists uploaded a video of the protest to YouTube under the name #NotASuperpredator, with a caption linking to the article "Why Hillary Clinton doesn't deserve the black vote" by legal scholar Michelle Alexander, author of the prominent book "The New Jim Crow: Mass Incarceration in the Age of Color Blindness."

On Thursday morning, the tag #WhichHillary began trending on Twitter, as thousands of people criticized Clinton for constantly shifting positions and for what they see as her hypocrisy.

Many of the tweets also called out the candidate for her contradictory record on marriage equality, which she opposed until 2013; the Trans-Pacific Partnership, which she strongly pushed for as secretary of state but now claims to be against; and the Keystone Pipeline, which she previously supported.