Heads up, former Virginia Slims model — citing Dr. Oz is not a great way to boost your credibility on health 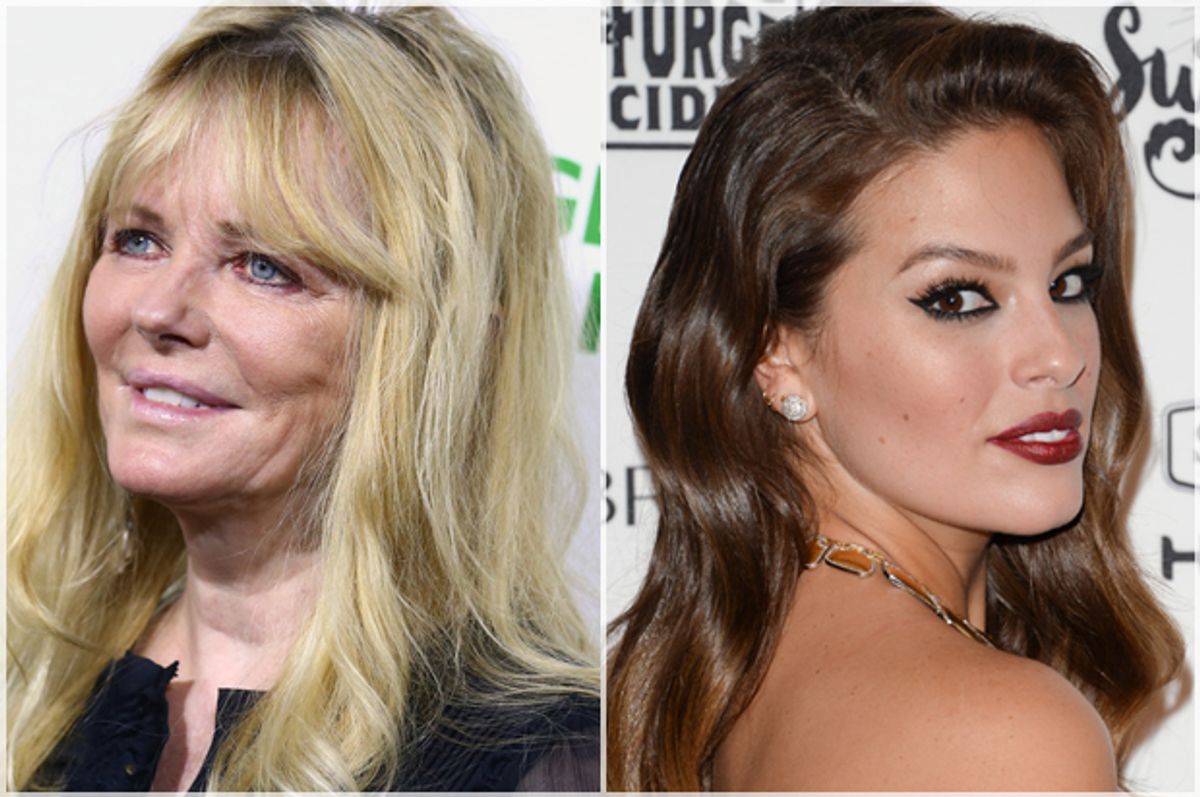 I swear to God, you can advocate for health without being a jerk about it. Body shaming concern trolls, listen up!

When Sports Illustrated unveiled its annual swimsuit issue earlier this month, it broke with tradition not only by giving readers three different covers, but three very different beautiful women. There was the traditional beachy blonde, Hailey Clauson. There was the powerhouse Ronda Roussey. And there was Ashley Graham — who last year became the first plus size model to appear in an ad for the magazine's swimsuit issue. In announcing the cover models, assistant managing editor MJ Day explained, "The three covers of Hailey, Ronda and Ashley celebrate the new SI Swimsuit. All three women are beautiful, sexy and strong. Beauty is not cookie cutter. Beauty is not 'one size fits all.' Beauty is all around us."

Naturally, this concept is upsetting to some people. Nicole Arbour, the YouTuber who really seems to be making a career of mocking people bigger than she is, raged this week in another "Dear Fat People" video that "The truth is if [Graham] worked out a little bit more, she wouldn’t be plus size any more, which means she can’t sell s__t to plus size women who’ve turned her into their hero. So to make money, she’s keeping the weight on." And she complained that "I want to eat cookies and still be a Sports Illustrated swimsuit model; what’s next, you can be a midget and a Rockette?" Charming.

Then on Thursday, Cheryl Tiegs — the seventies-era supermodel who starred in some of SI's most iconic swimsuit images of all time — spoke out about this year's models — and it was not pretty. When asked by E! if she "loves" seeing "full figured" models out there now, she paused and replied, "Actually I don't like that we're talking about full figured women, because it's glamorizing them -- because your waist should be smaller than 35 [inches]. That's what Dr. Oz said, and I'm sticking to it. No, I don't think it's healthy. Her face is beautiful. Beautiful. But I don't think it's healthy in the long run."

Well, if Dr. Oz says so it must be legit!

Facing a swift online backlash, Tiegs did not further help the situation by posting on Facebook on Thursday evening that "I would like to clarify my thoughts regarding bodyweight. I don't think being anorexic, bulimic or overweight are healthy. All of these can be connected to serious health issues. I want everyone to be as healthy as they can be." It's funny, because one of those things is not an eating disorder. And as one commenter pointed out, it's a little ironic getting lectures from a woman who for years was a model for Virginia Slims.

Also running off at the mouth this week has been Australian fitness guru Ashy Bines. On Instagram, she posted side by side images. One was an apparently photoshopped runway picture of the late model Ana Carolina Reston, (you can see a more fleshed out version elsewhere online) who died of anorexia related complications in 2006, and the other was of Tess Holliday, the size 22 model who's risen to fame on the mantra "Eff Your Beauty Standards." Bines, clearly unfamiliar with Reston's sad end, wrote of Reston's image, "I hope she has some support around her to help her change her lifestyle." And then she wrote of Holliday, "The girl on the right I've seen in recent articles and apparently is an 'inspiration' to the younger generation - I also think she is not a good role model for young girls…. I just think it's sad that women who are obviously eating a lot more than what they need and not moving their bodies to be fit, strong and healthy are getting praise."

In a follow up Facebook live chat later, she stood by her assertion, saying, "I just don't think someone of [Holliday's] size should be applauded, or a role model for our younger generation… It was quite obvious that both of these women are not healthy, and anybody that says they are, I'm sorry but you're kidding yourself."

If you want to make the case that statistically, being overweight or obese can lead to health issues like type 2 diabetes and heart disease, have at it. But bear in mind that size and health remain distinct and highly individual things. Thinness and fitness are not the same, and in most cases, you can't assess a person's wellness by looking at a photo of her. And for plenty of us, a picture of a beautiful woman in a bathing suit who doesn't seem ashamed or apologetic looks like a pretty damn healthy thing.