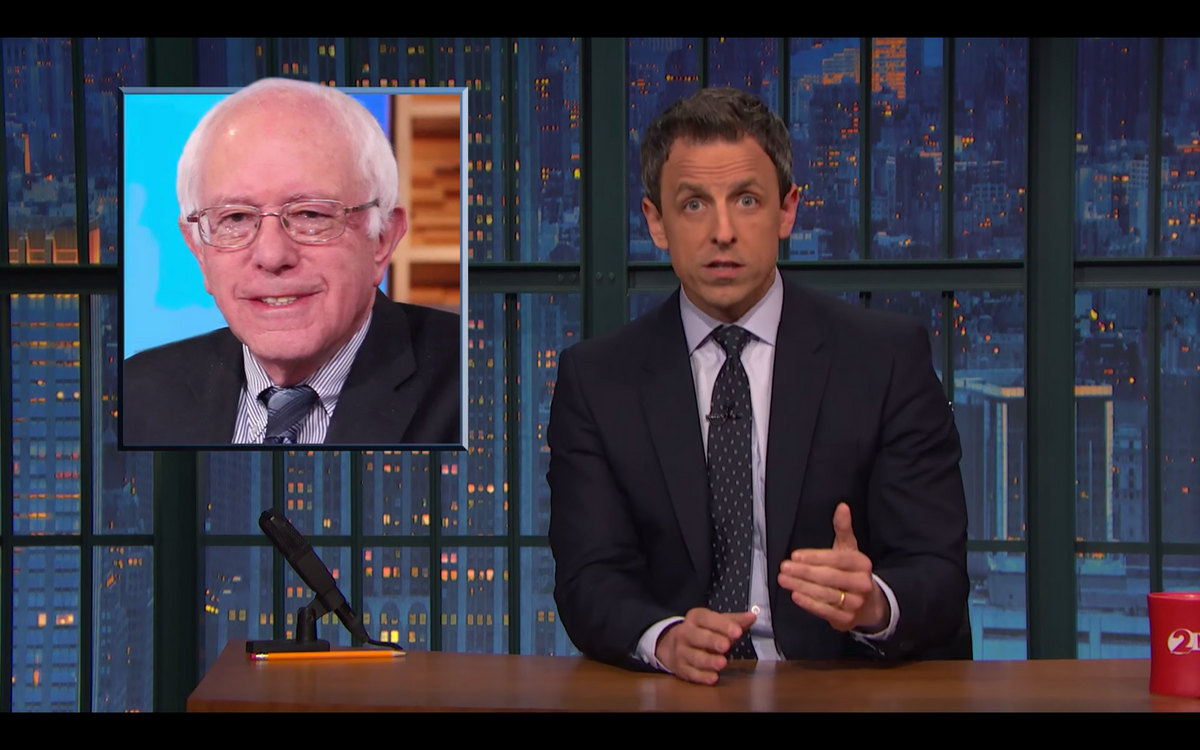 "Late Night" host Seth Meyers took a "Closer Look" at how Bernie Sanders' democratic socialism will affect his chances in a general election.

Among several conservative overreactions to Sanders' policies (and appearance) was Bill O'Reilly, who said that if Bernie becomes president, "I'm going to Ireland."

"I hate to break it to you, Bill, but if you think Ireland will be an oasis from the Bernie Sanders socialist nightmare, you're in for a shock," Meyers responded, noting that students pay no tuition at Irish colleges. "And when hearing that gives you a heart attack, don't worry, because in Ireland everyone is entitled to free basic healthcare."

"Trump talks about running against Bernie Sanders the way my aunt talks about a rich dessert," Meyers said, before noting that while Hillary Clinton leads Trump by 10 points in NBC/WSJ general election polling, Sanders leads him by 16.

"Honestly, watching them run against each other would be worth it just for the fit Trump would throw if he lost to Bernie," Meyers continued. "Trump has a private jet with his name on it; Bernie doesn't even know the type of car he owns, he just knows it's the smallest one."