Sorry Marco, the Drudge Report stays loyal to Trump: The Donald dominates yet another post-debate vote

Finally, Marco Rubio wakes up to praise following a GOP debate but the consevative base will never leave Trump 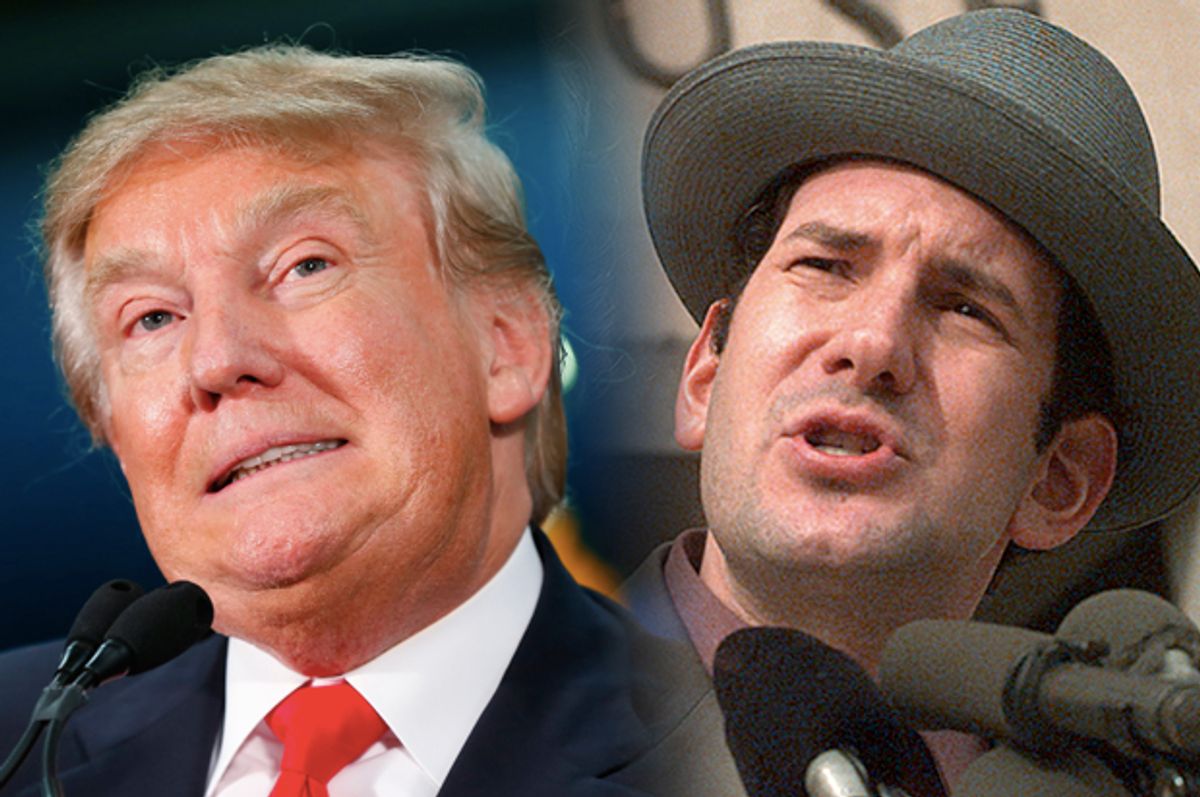 The GOP field may have finally begun to winnow, but with Donald Trump racking up the early wins, it appears as though even the most outstanding individual debate performance by one of his surviving rivals has zero chance of affecting Trump's path to the nomination, according to conservative's most influential post-debate poll.

Pundits across the political spectrum were quick to declare Marco Rubio the surprising victor of last night's spectacle on CNN. It was an ugly fight, but after being whipped into shape by Chris Christie in the last debate, Rubio's willingness to finally take the Donald head on has won him the establishment praise he hasn't wanted to admit he so desperately craves.

"A Feisty Marco Rubio Lays Into Donald Trump," reads the New York Times' headline, before declaring the freshman Florida senator the winner. Nate Silver awarded Rubio an A- debate performance grade and declared him the "anti-Trump." The conservative National Review online applauded Rubio for giving "Trump a bit of his own medicine." The Huffington Post called Thursday, Rubio's "best debate yet."

As for Trump's showing, the near universal pundit consensus is that Thursday's was one of his worst debate performances. Noting that Rubio's attacks were "relentless," Yahoo News said Trump "had a rough night." The Times wrote that "Trump’s usual bravado gave way to a less nimble performance.

"But as Jimmy LaSalvia has repeatedly pointed out, none of it matters. The seemingly immovable conservative army Trump's enlisted is sticking by his side according to the latest Drudge Report poll. Trump won more than a majority of voters with nearly 230,000 votes in his favor: Of course, Drudge's poll is online and unscientific, but it is a consistent indicator of the right-wing fervor following all of The Donald's debate performances. It is these Drudge readers, who vote multiply times online for Trump, attend his feverish rallies and will likely allow him to sweep a majority of the so-called SEC primary states in the conservative South in the coming weeks on his road to Cleveland.

At least the so-called party insiders have finally caught on to what Matt Drudge's readers figured out a long time ago: Donald Trump is most likely to be the GOP presidential nominee. 81 percent surveyed admitted as much today to Politico.