Republican candidates can give all the paid speeches they please. Only Clinton is called to release her transcripts 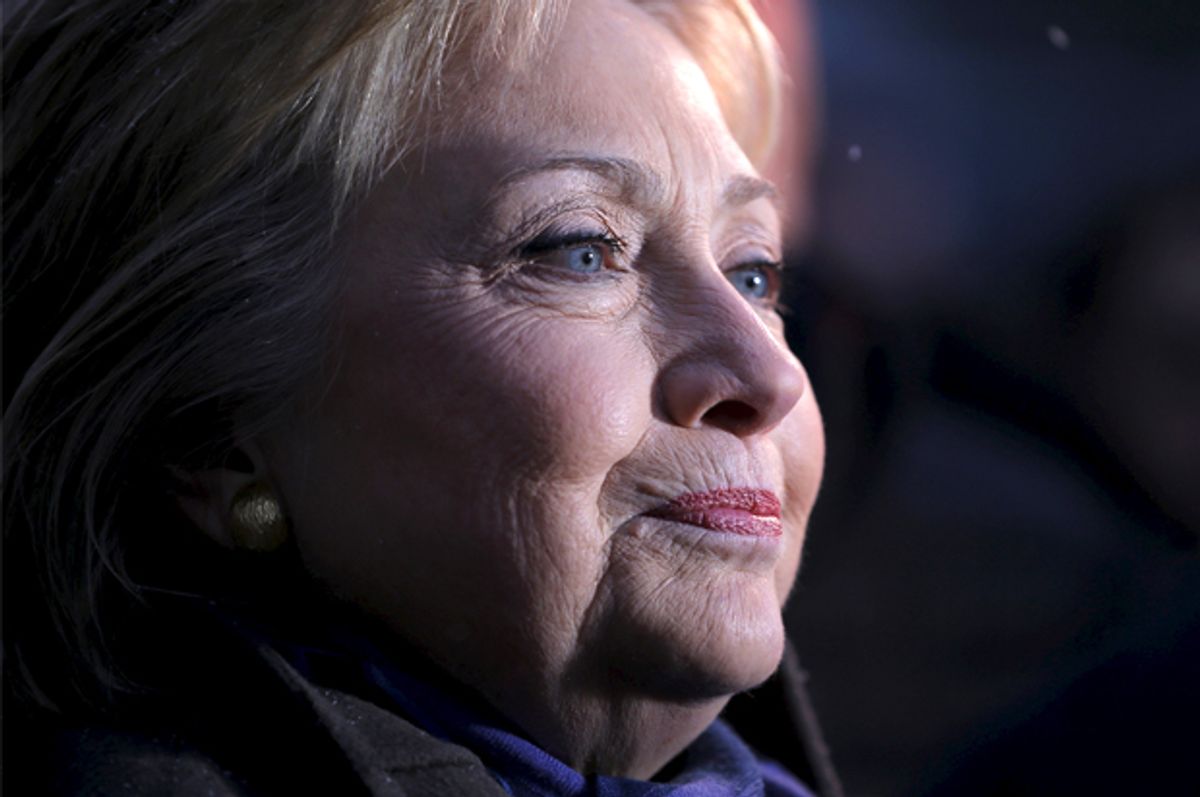 Comparing former Secretary of State Hillary Clinton to a "mischievous child," the New York Times editorial page has endorsed the idea that the Democratic front-runner be held to a new disclosure standard and compelled to release transcripts for the paid speeches she gave to banks as a private citizen.

She needs to do so, the Times insists, to prove that she's an honest person, otherwise "Mrs. Clinton fuels speculation about why she's stonewalling." It's all about bad optics, the Times claims: "Mrs. Clinton is laboring to convince struggling Americans that she will rein in big banks, despite taking their money."

The paper is sure that after winning Democratic votes in Iowa and Nevada and being heavily favored to do so again in South Carolina on Saturday, and in most of the Super Tuesday primary states next week, Clinton is "laboring" to convince voters of her intentions.

The key here is that a lot of other people have made money off paid speeches -- including speeches to financial institutions -- before becoming presidential candidates, and they weren't told over and over to release dozens of transcripts.

Do you spot the same trend I do? And note that some of those Republicans gave paid speeches while running for office.

Responding to a speech inquiry from the press, Clinton recently said she'd release the transcripts "if everybody does it, and that includes the Republicans." The Times deemed that to be a "terrible answer" and seemed to suggest all other candidates don't have to disclose their speech transcripts, only Clinton.

"Public interest in these speeches is legitimate, and it is the public -- not the candidate -- who decides how much disclosure is enough," the Times instructed, focused only at Clinton.

And that's always been the giveaway on this gotcha pursuit: If the point is to demand more transparency from candidates (and that's a good thing), then all candidates would be asked to do the same thing. If the point is to hold Clinton to a separate standard that nobody else has to match, then publish editorials demanding she jump through hoops that every other candidate is allowed to walk around.

It's more of the Clinton Rules; the established double standard that the press uses for Clinton. Last year Jonathan Allen at Vox outlined two of the guiding principles behind Hillary Clinton coverage:

The media assumes that Clinton is acting in bad faith until there's hard evidence otherwise.

Every allegation, no matter how ludicrous, is believable until it can be proven completely and utterly false.

Meanwhile, the Times' clarion call that Clinton adhere to new guidelines only confirms the point Media Mattersmade this week: The press seems to be adopting two entirely different standards for covering Clinton and for covering Republican front-runner Donald Trump.

Because while the Times is fixated on Clinton's speech transcripts, Trump, for now, is refusing to release his tax returns, which has been a standard disclosure for every major candidate running for the White House.

Clinton last summer released eight years of tax returns. To date, Trump refuses to do the same and is now offering up baffling explanations as for why he won't.

At Thursday night's debate Trump backtracked from previous promises to release his tax returns by saying he's constantly being audited by the IRS (because he's Christian?), and since he's currently being audited he can't release previous filings.

Stanford law professor Joseph Bankman said it's not so odd for a man of Trump's wealth to be subjected to repeated audits. "A lot of super wealthy individuals, and all large companies, are audited every year," Bankman said Thursday night.

But he said Trump's statement that he "can't" publicly release his returns is a headscratcher.

"I'm not sure why that prevents him from releasing his returns. They are his to release," Bankman said.