I believe in full equality, but I've spent too long watching women play the victim

I'm interested in the ways that (some) women victimize men; that doesn't mean I'm not a feminist 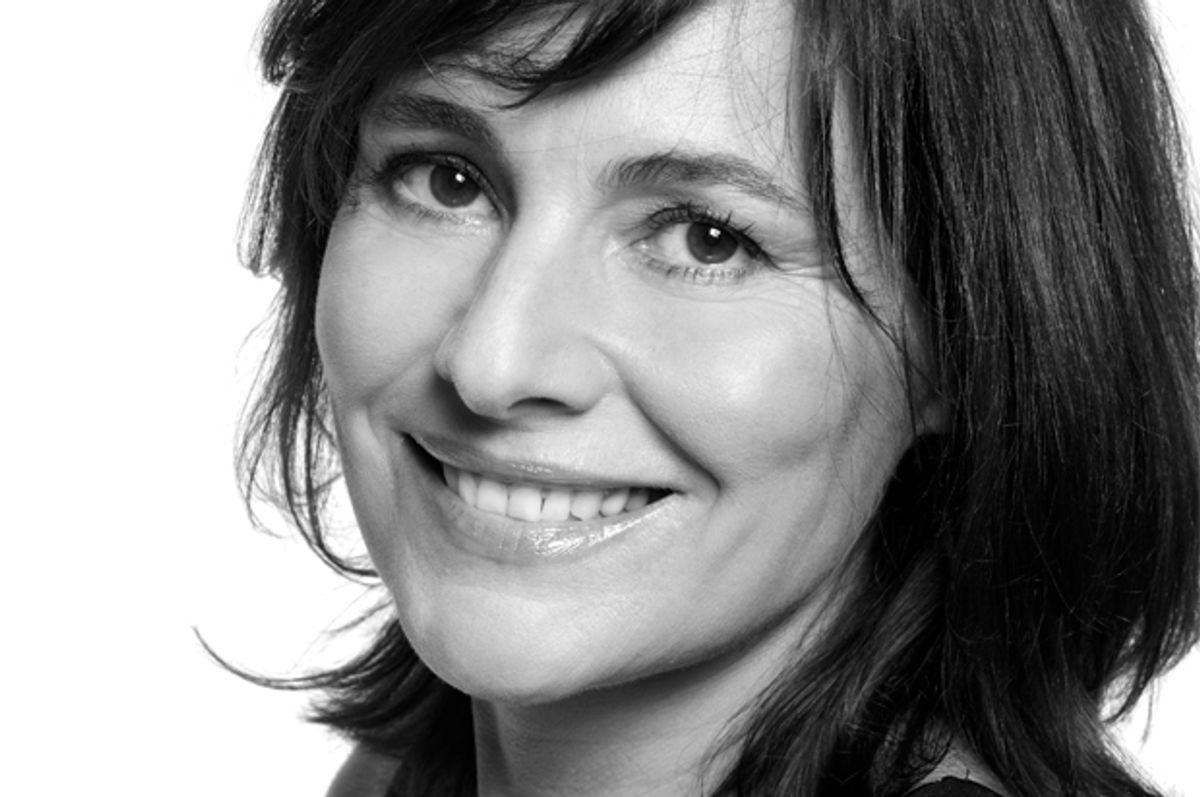 A photo of the author. (Stéphane De Bourgies)
--

No one would argue that the position of women has not improved during the last few decades, at least in the West. It is similarly impossible to deny that there is still a long way to go to full equality: even in the countries with the most legal protections for women, shocking numbers of women are still being raped, beaten up and sometimes killed by abusive men. At work, women are still victims of sexual harassment, and they still earn less than a man for the same work--these are the facts.

But, here’s the good news (for women): By stopping in the middle of the bridge to full equality, women are sometimes able to invoke both sexist stereotypes and feminist ideals. In other words, to play–and win–on both sides: to take full advantage of gender-based laws designed to protect women’s safety and equality, while still reverting, when it’s convenient, to long-standing social mores that grant women special treatment.

For women today, it’s possible to echo the zero-tolerance tone being set by the media and whistle-blowing Twittersphere, while still participating in reactionary behavior--playing the role of helpless creatures in need of protection, or innocent victims—and playing it to our advantage.

This realization came to me long ago, when, before becoming a writer, I was studying to become an engineer. I was very good in math and physics and successfully passed entry exams to a highly selective and renowned engineering school in Paris. It was the very beginning of the 1980s, when it was rare to see women embracing and succeeding in such a career; if I recall correctly, we were no more than eight or 10 women among more than a hundred men.

Thrown into this unusual environment, I soon realized that in a way, I could have my cake and eat it too. In this prestigious program, no one would have dared put in doubt my intelligence and abilities, yet men were still holding doors for me, complimenting me on my looks and inviting me to restaurants. It was lovely and I enjoyed it very much. For me, it felt like I could have it both ways: respect as an equal, and yet special treatment as a woman.

I thought at the time that the battle for equality was over. We’d won. All my male friends were feminists, we had won the right to birth control, we were free to pursue careers in all fields, or become mothers, or both. I could hitchhike across France by myself, racing my boyfriend,  and win, because drivers, both men and women, would still stop for a woman far more often than for a man -- what more was there to ask?

Then something happened. I felt relationships between men and women hardened again as a new kind of feminism appeared, the one described and criticized by Elisabeth Badinter in a book that deeply impressed me, called "Fausse Route" (Dead End Feminism).  Far from Simone de Beauvoir’s universalism, this “new” kind of feminism (often referred to as “essentialist”) not only claimed for women equal rights, but additional rights, female-only rights. And the cult of victimhood combined with a refusal to raise the question of female violence and abuse of power (in the name of a statistical asymmetry) made it now possible – and even pretty easy -- for a woman to turn a man’s life into a nightmare if only she wanted to.

At one point, I even observed this in my own life. While I could see how my female friends and I were making huge progress in the professional realm toward equality, I also witnessed several of my male friends go through very difficult times in their personal lives as a result of this double standard. One of them, happily married, had become suddenly very successful in business when, out of the blue, he received a phone call from a woman with whom he had had a casual relationship years before, telling him he was the father of her 8-year-old daughter. She asked him for financial support, which he gave, despite the strain this situation was putting on his marriage, only to discover years later through a DNA test that he was, in fact, not the biological father of that child.

Another one of my friends went through a painful divorce, and endured a battle to obtain shared custody of his three kids, whom he adored. In an accusation that seemed ludicrous to those who knew him, his ex-wife accused him of mistreating the children. We were horrified to see how the judge (a woman, as is usually the case in the courts dedicated to family issues in France) gave her claims more than the benefit of the doubt, even though her assertions were totally--and evidently to everyone else but the judge--unfounded.

False accusations aside, the undivided power over procreation held by women for some 40 years now, although legitimate,  can turn into a gigantic abuse of power that remains largely shrouded in secrecy. I couldn’t believe my ears the day my friend François confided to me that he always carried his own condoms with him, and would never trust one offered to him by his female partner when about to have sex. Horror stories about women secretly piercing contraceptives with a needle in order to get pregnant without their partner’s consent are hard to believe, but the simple fact that they’re circulating among men tell a lot about how vulnerable those men feel. From where, exactly, does this vulnerability arise?

I had this theme in mind when I started to write "Couple Mechanics," which tells the story of a couple navigating the aftermath of the husband’s affair. My initial project was to somehow rewrite "The Woman Destroyed" by Simone de Beauvoir, some 50 years later, but even more, by doing so,to address the whole spectrum of gender-based violence in the world today—male-on-female and female-on-male.

In "Couple Mechanics" the character of Juliette (the wife) is the personification of all the positive achievements of feminism in the past few decades: She is the dedicated mother of two young kids and yet works full-time, earns more money than her husband does, etc., while Victoire (the mistress) is an ambitious politician who embodies this “halfway” moment in feminism, and intends very consciously to take full advantage of it.

The husband’s character, Olivier, on the other hand, appears to have all the qualities that feminists demand in a man: Although he is also working—as a journalist—he washes the dishes, is a loving and attentive father who shares childcare duties, and would never be physically violent to anyone, least of all a woman. His central motivation is to avoid hurting anybody. These motivations combine to make Juliette’s life a living hell when, after the affair is exposed and Olivier agrees to end the affair, Victoire responds with violent fits of rage and threats of suicide.

When "Couple Mechanics" was published in France, and my first readers’ reactions started to come in, I was surprised, then amused, then slightly irritated to see how severely they responded toward Olivier’s character. Strangely, readers didn’t see so much the critique the cruelly manipulative tactics and the bad faith of Victoire. Instead, most people pointed out Olivier’s weakness and cowardice. For many of my readers, when Olivier told his wife the whole truth of his affair, he was being insensitive and unnecessarily brutal; when he hid things from her to protect her, he was a liar; when he acted out of fear that Victoire might put her threats into action and kill herself if he didn’t comply with her demands, he was just being . . . an idiot. Had he acted as if he didn’t care about what happened to Victoire, he would have been called a monster and a brute. In other words, he could do nothing right. Even the men who largely identified with poor Olivier were very hard on him. For that’s the trick:  men – we’re talking here about evolved, nice, caring men of course, not the macho,  Neanderthal type – most men have so well internalized that they are the bad guys that they will themselves willingly plead guilty for all faults they’re being accused of. The bottom line being that everybody – men and women alike – still and always like to think of women as victims.

All of that said, you might be wondering if I still consider myself a feminist? Yes, I do, very much so. And it is as a feminist, in the name of all the women who are abused, raped and forced to become mothers against their will, that I feel personally offended when a woman turns a man into a father without his consent, or deprives a loving father from his children, or falsely accuses a man of violence against her, or emotionally blackmails him. False victims, says Juliette in "Couple Mechanics," are the worst enemies of real ones.

Nelly Alard is an actress and screenwriter. Her first novel, Le crieur de nuit, received the 2010 Roger Nimier Prize as well as the 2011 Prix National Lions de Littérature and the Simone and Cino Del Duca Foundation Prize for the Support of Literature. In 2013 she was awarded the Prix Interallié for Couple Mechanics, the first woman to win the award in more than twenty years. She lives in Paris.