Kevin Hart mocks #OscarsSoWhite on stage: This year, "I thought for sure I'd get a seat in the front row"

Chris Rock joked about losing "another job" to Hart earlier, but maybe an Oscars hosting gig is in Hart's future? 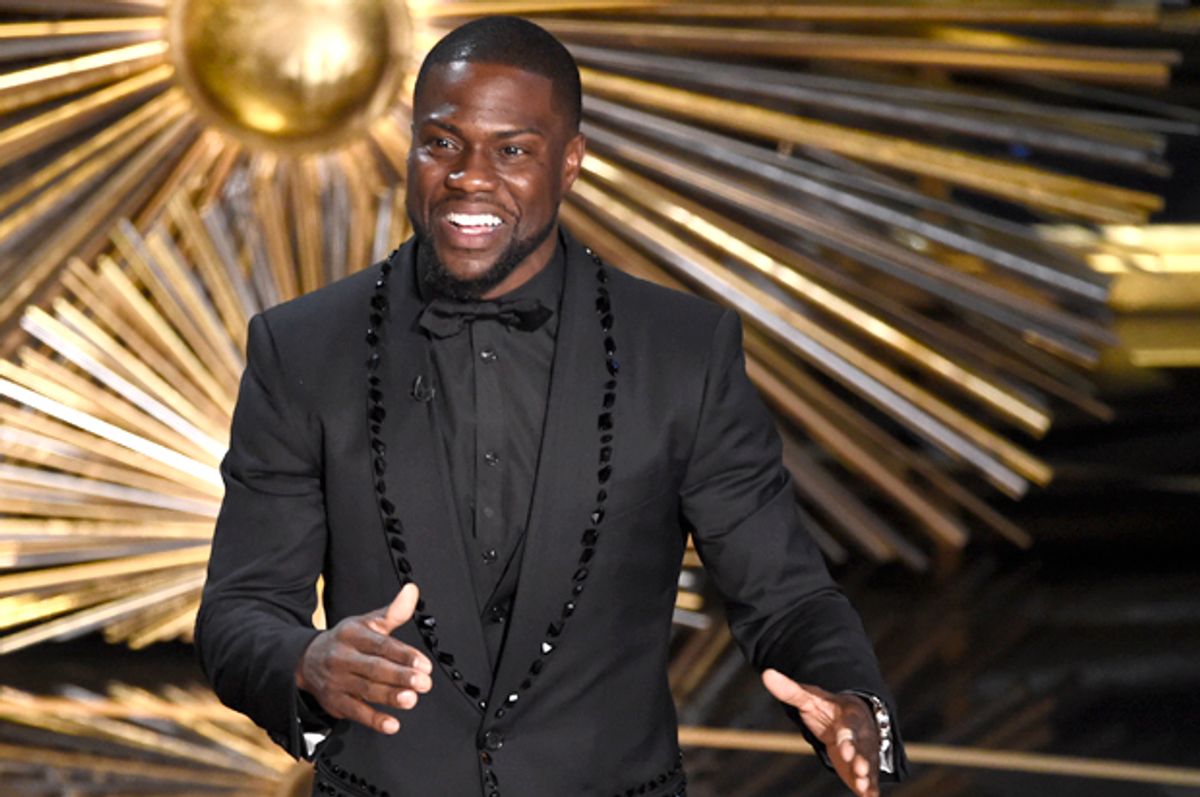 Kevin Hart can be overwhelming: He has none of Chris Rock's nuance or modulation. But he found a way to bring a smart, unpredictable angle to the #OscarsSoWhite debate as he introduced the performance of "Earned It," the best song nominee by The Weeknd.

He led into it with a classic zinger. "I only came tonight because I thought for sure I'd get a seat in the front row," alluding to how much more likely he'd be to get camera time during a ceremony that many high-profile black actors and filmmakers were avoiding because of the dearth of diversity in this year's nominees.

"Let's not let this negative issue of diversity beat us," he said. "Let's do why we do and work hard." Hart talked passionately about the ambition and effort that drives people even when they feel they're being overlooked.

Rock and others have done a good job exposing the issue -- you wouldn't want nothing but positive, happy words like this — it would feel like spin. And is calling attention to a lack of diversity really "negative," Hard characterized it? But Hart took the conversation in a different direction and reminded us why the whole thing matters.

Rock kidded about Hart hosting next year's Oscars. Who knows how likely that really is, but his appearance tonight, which could have been a throwaway, makes us look forward to seeing him keep riffing.