The Oscars' awkward & insincere masochism: Why the #OscarsSoWhite ceremony felt like such a disappointment 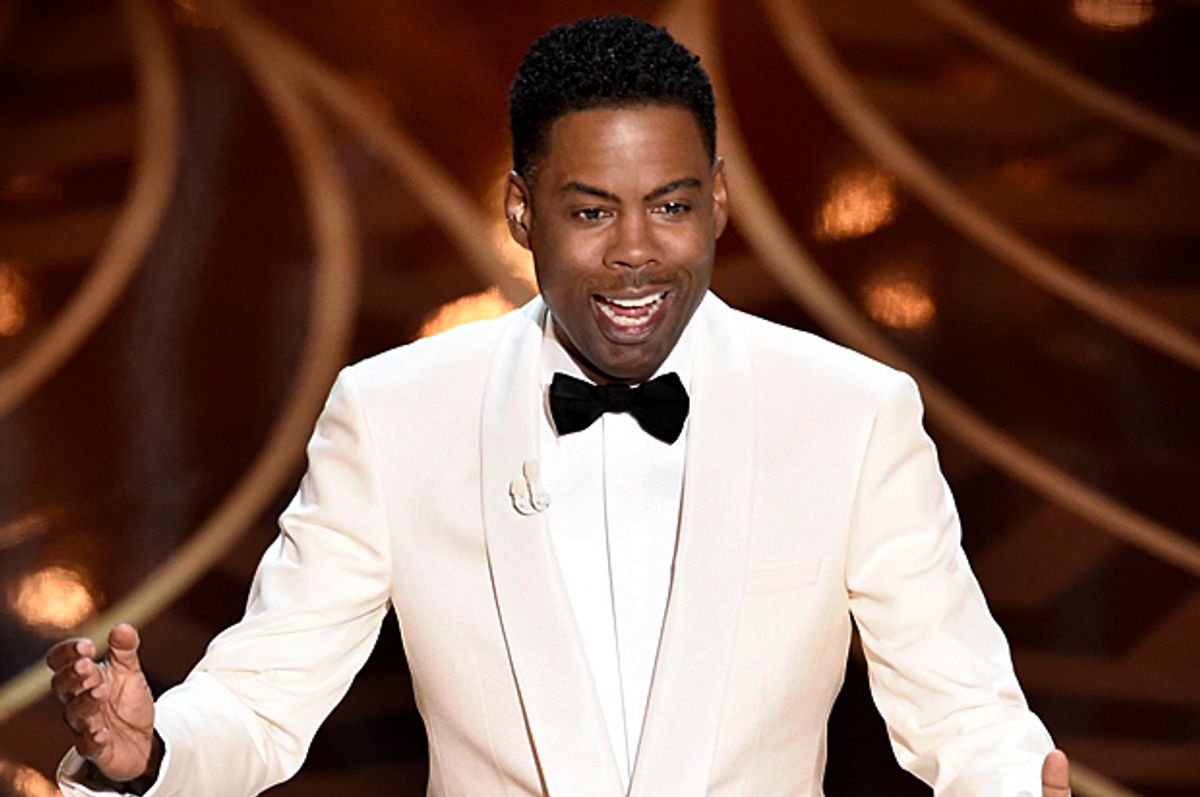 It is difficult to remember a major cultural event that so aggressively advertised its own growing irrelevance as much as the Oscars did on Sunday night. The awards show went on air dogged by the ongoing firestorm over the blinding, near-total whiteness of this year's nominees, and its process of self-flagellation has been underway for weeks. The Academy of Motion Picture Arts and Sciences has been on a lengthy regret tour, with rule changes, promises of vast reform and statements of regret, and Sunday's telecast proved to be that tour's climactic peak.

It was certainly lucky for the Academy that Chris Rock had been booked to host. Rock's monologue about the whole mess was as scathing as expected, and nearly every one of his subsequent appearances—whether on the stage or in pre-taped sketches—made some allusion to the #OscarsSoWhite affair. (I could have done without his ahistorical claim that people didn't care about whether black actors won Oscars in the past.) Academy president Cheryl Boone Isaacs gave roughly the same message as Rock did, except in suitably graver tones. Her allusions to the "global" and "diverse" film audience left little to the imagination.

Watching this extended masochism session was a strange experience. We were told, time and again, how wrong the Oscars had gotten things, and then another award was given out and the violins swelled and an oh-so-worthy Oscar moment was had. The show was desperate for us to know how sorry it was to have failed us so thoroughly, but it also wanted us to remain utterly devoted to both the people who did get nominated and to the broader idea of importance and integrity of the Oscars. The cognitive dissonance seeped through the entire night.

One thing that really didn't help was the ceremony's complete tone-deafness about any diversity that didn't fit into a black-white framework. Rock did a bit about Asians—using children, no less—that was so off-key, so glaringly unfunny that you wondered how it had gotten through in a year when the show was trying to prove that it had its finger on the pulse. Aside from winning director Alejandro Gonzalez Iñarritu and a couple of short film awardees, Asians and Latinos had virtually no presence for the entire evening. It was, to say the least, an odd choice.

All of this weirdness served to diminish an already-bland slate of winners. There was some small mercy in the excellent "Spotlight" beating "The Revenant"—a symbol of mediocre machismo's insidious grip on our cultural psyche if ever there was one—for Best Picture, but the night mostly proved to be a master class in the kinds of boring things the Oscars love to honor, over and over again. We got white people awarded for biopics, white people awarded for period pieces, white people awarded for having hard times on film sets. We even got a reminder that the Academy makes terrible music choices, when Sam Smith won for what has to be the worst James Bond song in history. Any movie that was even slightly left-field, like "Mad Max: Fury Road" or "Carol," got shut out of the major awards. And that's before you got to what felt like the biggest snub of all: the almost total absence of "Creed" -- a film whose entertainment value was matched by its quietly dazzling insistence that black people can be as iconically heroic as any Italian Stallion -- from the discussion.

If "Creed" director Ryan Coogler was unhappy about being so ignored, he wasn't around to show it. He was in Flint, Mich., along with "Selma" director Ava DuVernay and a host of other boldfaced names, putting on a benefit for the poisoned residents of that city.

That is not a contrast the Oscars want to be on the receiving end of. It's all well and good for the Academy to kneel at the world's feet and promise to get it right next time. It's another to actually do it. Without concrete proof that both the show and the film industry are truly changing, all the Chris Rock jokes in the world are worth next to nothing.