Just like Paris, without the outrage: ISIS has carried out another horrific massacre in Iraq, but the media just yawned and moved on

ISIS massacred at least 133 Iraqis in the past few days. Unlike the Paris attack, there was no international outcry 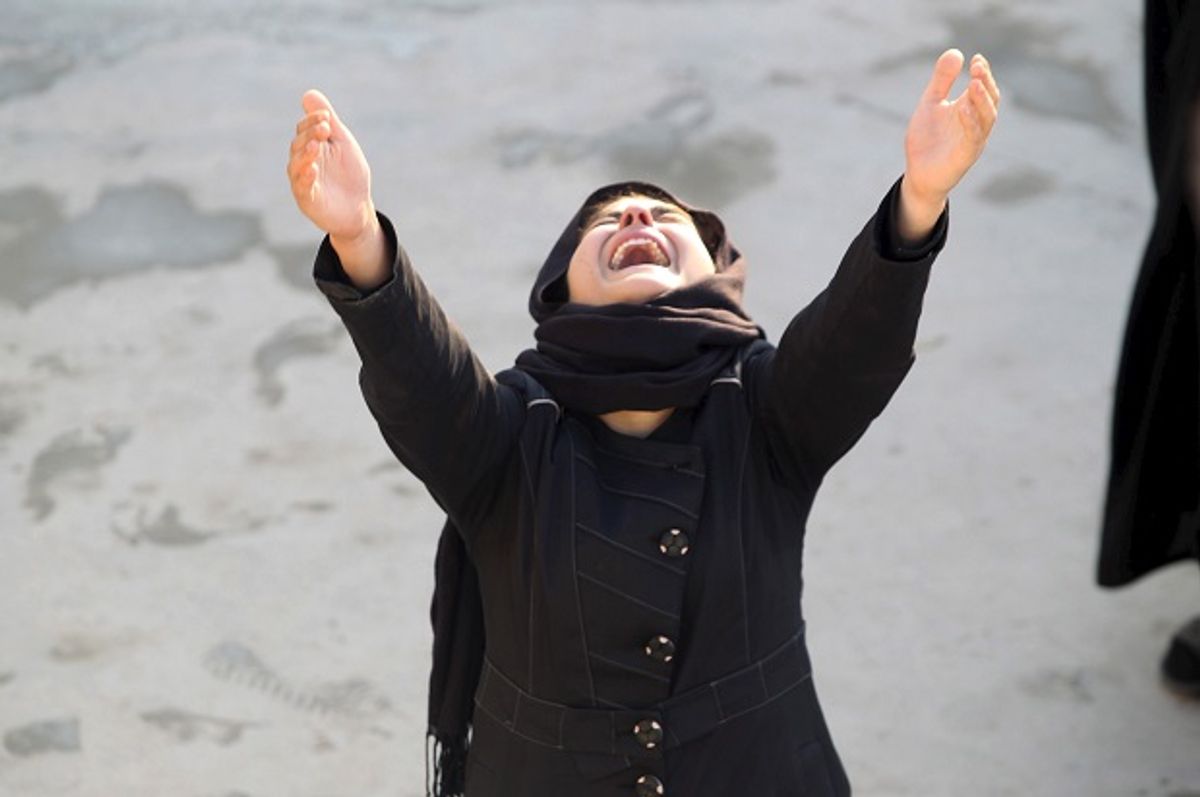 An Iraqi woman mourns at a funeral of a victim killed in a bombing in Baghdad, in Najaf, south of the capital, on February 29, 2016 (Reuters/Alaa Al-Marjani)
--

ISIS massacred at least 40 people and wounded 58 more in a suicide bombing at a funeral in east Iraq on Monday. Most of the people at the funeral were from the Shia religious community, which the Sunni extremist so-called Islamic State considers to be heretical.

The attack took place in Muqdadiya, northeast of the capital city Baghdad.

Just one day before, ISIS massacred another 78 Iraqis in a double suicide bombing in a Shia-majority neighborhood in Baghdad. At least 100 more people were wounded.

Sunday's attack was the deadliest bombing inside the Iraqi capital so far this year.

From Feb. 28 to 29, at least 118 Iraqis were killed. When one factors in the additional ISIS attack on a Shia mosque in Baghdad on Feb. 25, in which 15 people were killed, at least 133 Iraqis have been massacred in the past few days.

And this does not even include the dozen more Iraqi soldiers who died in battles with ISIS during the same time period.

In the horrific November 2015 Paris attacks, 130 people were killed. The world virtually stopped, as heads of state from across the globe condemned the killings, and as stories filled up the headlines of every leading publication.

Yet there has been virtually no international outrage over the 133 Iraqis slaughtered by ISIS in the past few days. Like the Paris attacks, these bombings were primarily directed not at Iraqi fighters, but rather at civilians from the Shia community. Yet there was little press coverage, and most people yawned and moved on.

According to the United Nations, 670 Iraqis, including 410 civilians, were killed in February. Another 1,050 civilians were injured. ISIS was responsible for most of the casualties, targeting places of worship, markets and even funerals, in what the U.N. calls "vicious" attacks.

In January, another 849 Iraqis were killed, and 1,450 were injured. "This conflict continues to exact a heavy toll on the population," remarked Ján Kubiš, head of the U.N. Assistance Mission for Iraq.

The responses — or lack thereof — from Western media outlets, governments, and citizens makes their answer obvious.

Some might argue the reason there is less media attention on attacks in Iraq is because extreme violence like this is more regular in the country. Yet the irony in this argument is that the reason such violence has become quotidian in Iraq is because the U.S. destroyed its government and plunged it into chaos.

Al-Qaeda was not in Iraq before the U.S. invaded. And ISIS did not even exist. It was the U.S. military occupation and so-called de-Baathification strategy that dissolved the government, and the U.S.-backed sectarian government that incited a sectarian war, destabilizing the region — and leading to the deaths of at least 1 million Iraqis, according to a report by the Nobel Prize-winning medical organization International Physicians for the Prevention of Nuclear War.

Former British Prime Minister Tony Blair, who backed the war, has conceded that this is true.

Since the 2003 U.S.-led invasion — which the U.N. explicitly said was illegal — and subsequent occupation, Iraq has suffered extreme violence. Paris attacks have become regular occurrences. And yet, although they are equally tragic and horrific, they garner exponentially less attention.