Ben Carson's out: Suspends campaign after admitting there's "no path forward" to nomination

Carson says he will not attend debate but will address supporters at CPAC in Washington, D.C on Friday 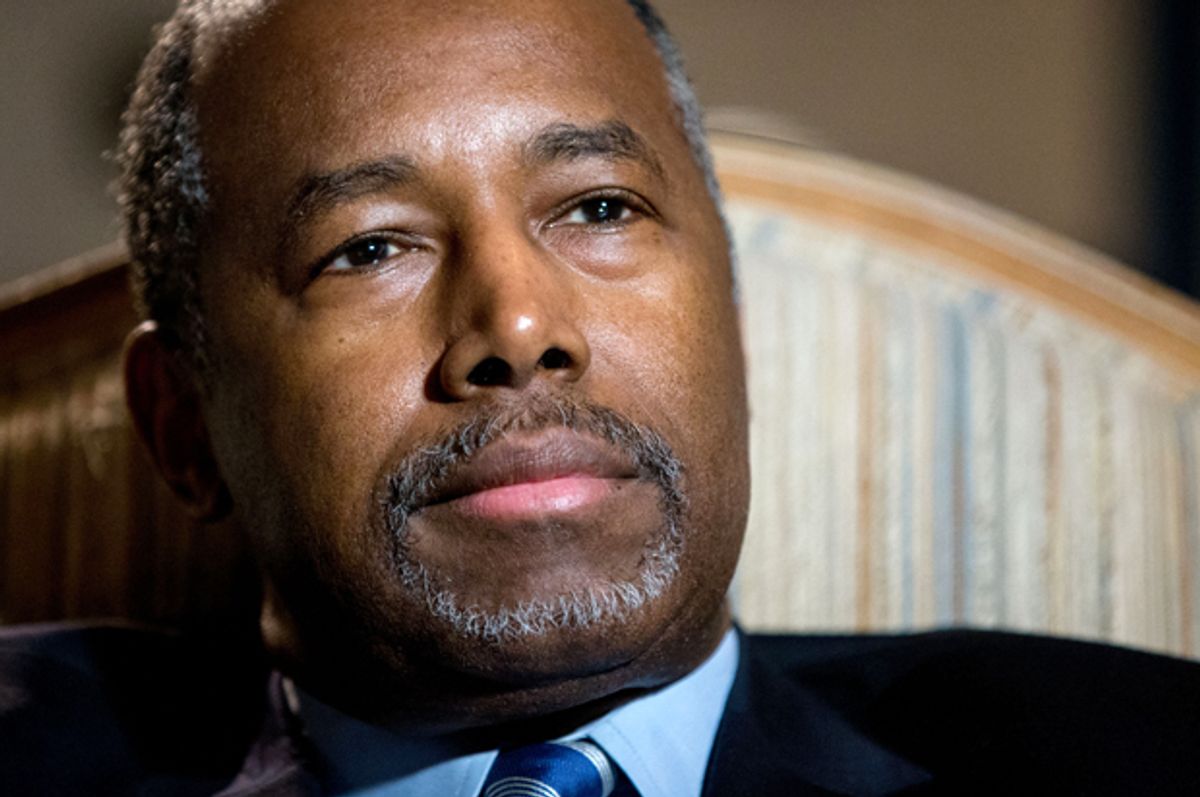 Ben Carson, the retired neurosurgeon who briefly led the Republican presidential race in November, told his supporters on Wednesday that he will be exiting the presidential race. According to The Washington Post Carson does not see a “path forward” and will not be attending the Fox News GOP debate on Thursday.

Carson, however,  has decided to address the public about his political future on Friday at the Conservative Political Action Conference in Maryland, just outside the nation's capital.

In a statement on his campaign website, Carson said:

"I have decided not to attend the Fox News GOP Presidential Debate tomorrow night in Detroit. Even though I will not be in my hometown of Detroit on Thursday, I remain deeply committed to my home nation, America. I do not see a political path forward in light of last evening’s Super Tuesday primary results. However, this grassroots movement on behalf of “We the People” will continue. I remain committed to Saving America for Future Generations. We must not depart from our goals to restore what God and our Founders intended for this exceptional nation."

Political analysts say that the statement will serve as an allusion that Carson’s candidacy has failed following a devastating Super Tuesday result, with only 8 delegates won across 11 states.