"Why don't you go run for something, then?" Hillary says after being challenged about diversity in Democratic Party 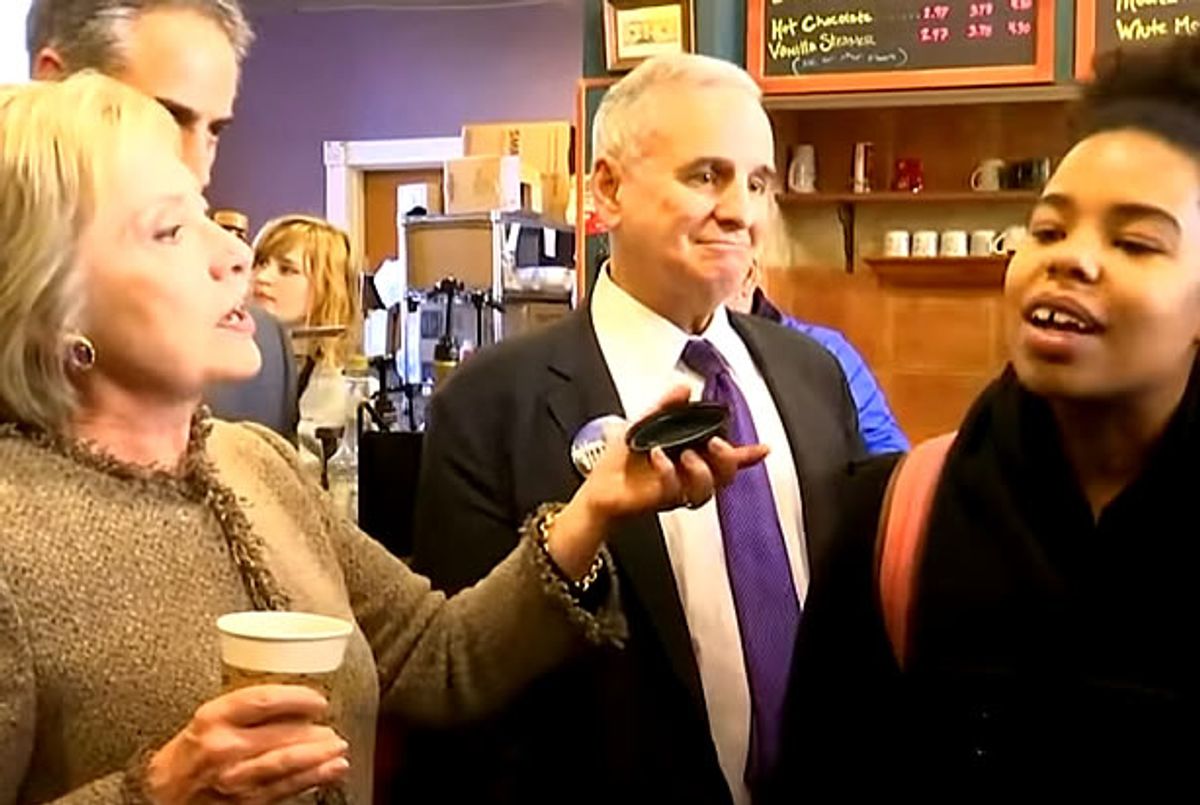 Hillary Clinton is being called to task for her voting record on issues related to African-Americans, and she's not handling it as well as she should.The Democratic front-runner was confronted in a Minnesota coffee shop by a young black woman who wanted her to expand on the lack of diversity among elected Democratic officials, to which Clinton replied -- topically, if testily -- that in Minneapolis, Abdi Warsame, a Somali-American, serves on the city council.

"You know what, dear?" she said, striking a slightly sour note. "You have a different opinion. He's a Somali-American elected to the city council, and I am really proud of that."

Unfortunately, she followed that by saying, "Why don't you go run for something, then?" While not her finest moment, unlike the presumptive candidate on the Republican ticket, at least her "gaffes," such as they are, reveal that she's in favor of creating a more inclusive electorate and governing body.

Watch the entire exchange below