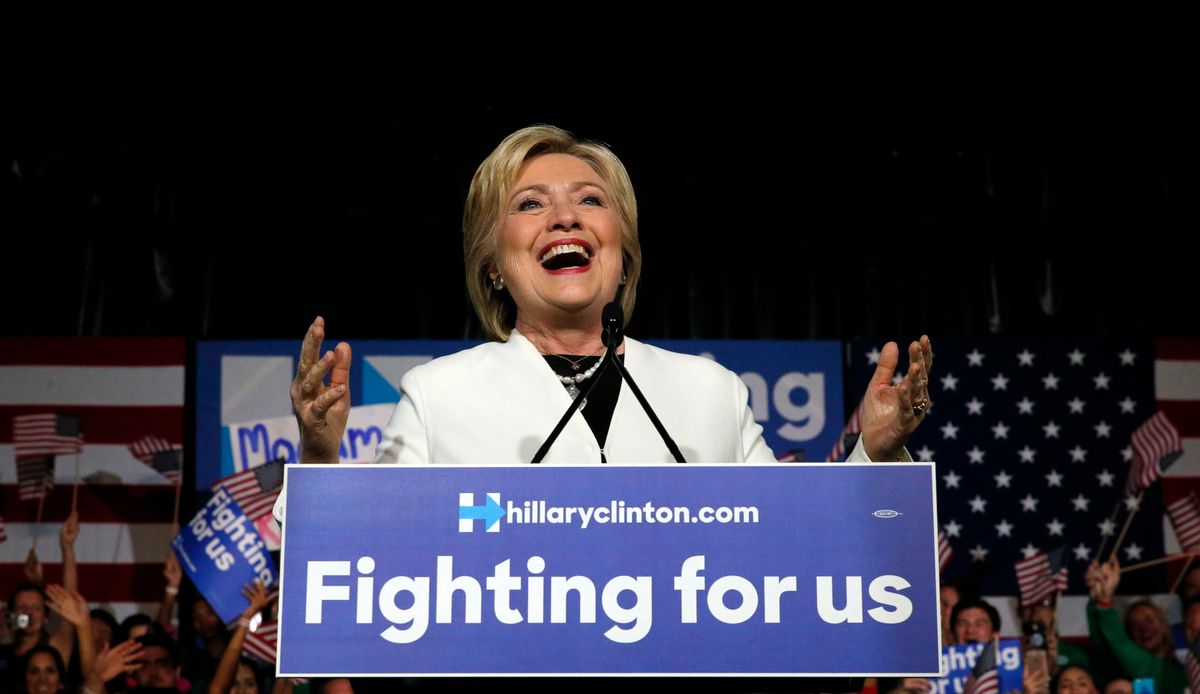 With the Republicans tearing themselves apart over the previously non-controversial question of whether it’s okay to be for the KKK, it’s amazing that the Democrats are getting more than cursory attention this Super Tuesday. It’s a testament to how tense the Hillary Clinton/Bernie Sanders race has felt, a perception fueled by the high stakes that are inevitably involved when one side is pushing for the first female president and the other side wants to elect someone who literally calls himself a socialist.

Not that race hasn’t become a pressing and frankly uncomfortable issue in the Democratic primary. In recent weeks, Clinton has aggressively marketed herself as the candidate that has a more well-rounded vision of racial and social justice than Sanders, whose intense focus on Wall Street and the “big banks” she has implied is a “single issue” campaign. Sanders responded by focusing campaign efforts away from more racially diverse Southern states and towards states where white voters dominate the Democratic Party more.

It appears that the Clinton strategy is working. Clinton picked up heavy support in states that Sanders needed to win. He was banking on those areas to prove his strategy of targeting states with majority white voters was feasible. Even in other states, where she was projected to win, her performance with white voters suggested that the racial division that Sanders was counting on to win is not materializing.

Sanders, however, is still alive in the race, picking up four states: Vermont, Colorado, Minnesota and Oklahoma.

Clinton’s victory speech, to supporters at a campaign stop in Miami, suggested she is already turning away from the bitter primary struggle and towards a general election, where she clearly expects to face Donald Trump. “America never stopped being great,” she declared, in a direct dig at Trump’s claim that America has lost its way. “We have to make America whole.”

“Instead of building walls,” she added, “we’re going to break down barriers and build ladders of opportunities and empowerment.”

Her speech was mostly a swipe at Trump, but it was also playing on her campaign’s recent focus on social justice issues, particularly those that are race- and gender-related, which she has been using to accent the differences between her campaign and Sander’s more finance-focused campaigns.

From the beginning, the Sanders campaign has had to deal with the sense that their supporters are largely well-heeled white people who fancy themselves “radicals” but who nonetheless feel they should be calling the shots in the Democratic Party. Initially, the Sanders campaign strove to overcome this image, eagerly reaching out to activists associated with Black Lives Matter and recruiting Spike Lee to campaign for Sanders.

But after his crushing loss in South Carolina, which was largely attributed to black voters (Clinton got 86% of African-American voters), it appears Sanders shifted strategies. He turned to campaigning most heavily in states where white people make up a much bigger percentage of the voting base, clearly hoping to turn out these particular voters and shift the odds in his favor.

Indeed, ,his campaign has narrowed focus so much on white voters that the “Meet the Press” blog questioned Sanders’ judgment on this front, gently noting “it's puzzling to us why Sanders didn't make a bigger play in those southern states.” Considering the racial dynamics at play, it’s hard to deny that it’s a mistake that only serves to create the impression that white Democrats are pitted against black Democrats. Which is especially unfortunate, as both Sanders and Clinton have platforms that are explicitly anti-racist and policies that are meant to address racial inequities, both economically and socially.

Part of Sanders’ problem was the whole white vs. black narrative wasn’t just uncomfortable. It’s not even really true. Clinton won both white and black voters in South Carolina, even if her margins with the latter were far larger. The two candidates were nearly tied with white voters in Nevada.

Super Tuesday was just more of the same. Exit polls in Virginia showed Clinton getting 82% of black voters but also 55% of white voters. Clinton got both white and black voters in Tennessee. In Arkansas, same story, with Clinton winning both. Clinton won white, black, and Hispanic voters in Texas, a state which cuts a wide swath of people, both geographically and culturally. Clinton may be getting a bigger cut of voters of color, but, to be blunt, white people still like her.

Moreover, CNN’s exit polling suggests that the media perception of animosity between Sanders and Clinton voters is overblown, with most Democratic voters saying they like both candidates. The likelier explanation is that Clinton just does well with a diverse group of people, and that Sanders’s popularity with a certain kind of well-educated, cosmopolitan white voter — the kind of people that are way overrepresented in the media class — was creating a sense that he is more popular than he is.

“Based on the makeup of the Democratic electorate, Mr. Sanders needs to outperform Mrs. Clinton among nonblack voters by a significant margin to counter her success in attracting black voters,” Jonathan Martin and Nate Cohn of the New York Times write. Even setting aside some of the serious political problems with such a strategy, the grim fact of the matter is that Sanders doesn’t seem to be pulling it off.

The main question now is how long will Sanders hang in? His initial gambit, arguing that his socialist views would turn out long-fallow voters, fell apart in the face of lower voter turnout that the Obama/Clinton race got in 2008. His new move, of targeting white progressives, doesn’t seem to be helping much either. He needed to win that demographic by huge margins in order to overcome the voters of color turning out for Clinton, and it just doesn’t seem he’s got quite enough votes to get there. He may be able to close the margin somewhat as the primaries move to whiter states, but it’s hard to imagine he can catch up — and the cost of doing so is perpetuating this somewhat misleading and certainly divisive narrative of white vs. non-white in the Democratic Party. The best move, at this point, would be to bow out soon and put his support behind Clinton for the general.