The GOP's Super Tuesday nightmare: Donald Trump's on his way to the Republican nomination — and he really could be president

After another big night, Trump is close to a lock for the nomination. Everyone should be nervous about the general 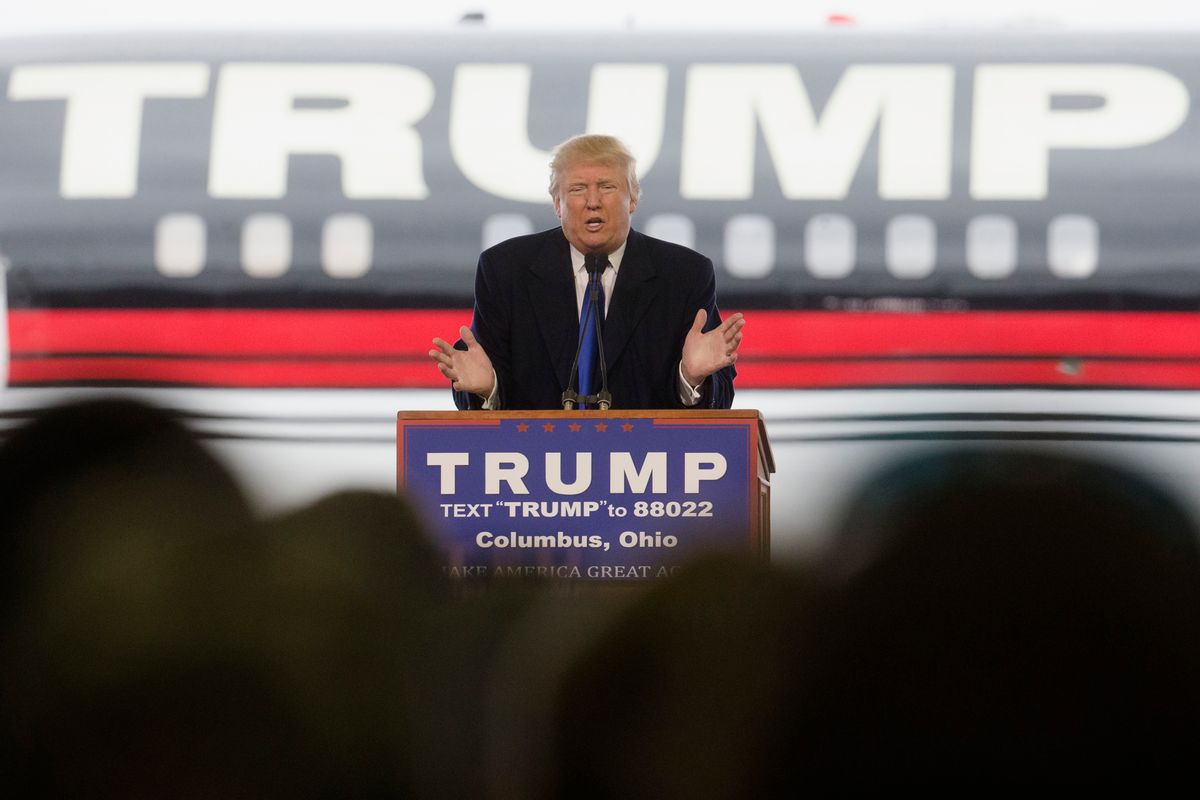 It is not a certainty to say that Donald Trump will win the Republican presidential nomination. He's not insanely far ahead in the crucial delegate count. Marco Rubio finally (finally, finally, finally!) won a state. There's a lot of time to go.

And yet. If Trump is not a lock, the prospect of him somehow failing to win the nomination is narrowing to an increasingly tiny point. He was by far the dominant force on Super Tuesday, racking up victories from the Northeast to the Deep South. Rubio and, to a lesser extent, Ted Cruz were left picking up the pieces. Cruz insisted that Rubio needed to get out of the race and get behind him, since he was winning more. Rubio waspishly noted that if it weren't for everyone else who was running, he would be beating Trump. Both narratives felt less than convincing.

Meanwhile, Trump preened at a lengthy press conference that produced what might be the most chilling spectacle yet seen in this most terrifying of presidential campaigns: Donald Trump attempting to recalibrate his message for a general election fight with Hillary Clinton. He was accompanied by Chris Christie, whose visible anguish at having to bow and scrape to such a man was both rich in psychological depth and the stuff of social media dreams. Trump shared none of his new lackey's seeming regret about the heights to which he has risen. He was relatively, and ominously, soft-spoken, describing himself as a "unifier," lambasting Clinton's long list of foreign policy disasters and sounding a string of anti-corporate notes. In a typical peroration, he vowed to win the votes of people from all races because he would do things like force Apple to make computers in America again. He also very neatly lumped Clinton in with the political class that has overseen the country's economic stagnation.

The press conference was disturbing for two reasons: first, because "Donald Trump, likely presidential nominee" has never felt so real, and second, because you could see the kinds of dangers he could pose in a general election. He almost sounded like a modern update on an old-school Southern Democrat, those vicious racists whose economic populism helped prop up the party's dominance in the region for generations. There are plenty of disaffected white people who would be more than happy to vote for that kind of politician again. Trump also sounded quite a lot like Marine Le Pen, the French politician who has steered the far-right National Front to unprecedented heights through a combination of virulent xenophobia and an anti-EU, anti-globalization defense of the French welfare state. There is a clear constituency for that kind of mixture. All the attempts to remove Trump from the race by pointing out that he has frequently strayed from modern Republican orthodoxy have failed miserably in the face of it. All the attempts to pretend as though there aren't people who want both Social Security and white supremacy have failed too. It's no wonder that some Democratic elites pronounced themselves very alarmed after Trump's press conference was done.

Of course, it could all collapse. Rubio's increasingly pathetic attempts to heckle Trump—he even alluded to the size of his penis, a humiliating gambit that proved that you can't beat the master at his own game—could stick. Trump's coziness with the white power movement could wind up harming him. Cruz, and Ben Carson, and John Kasich, could all drop out. All of this could happen.

Or the race could head to where it appears, in hindsight, to have been heading from the moment Trump started running. God help us all if he actually pulls it off.