“Dishonesty is Donald Trump’s hallmark": Mitt Romney tears into the Donald in bid to save GOP 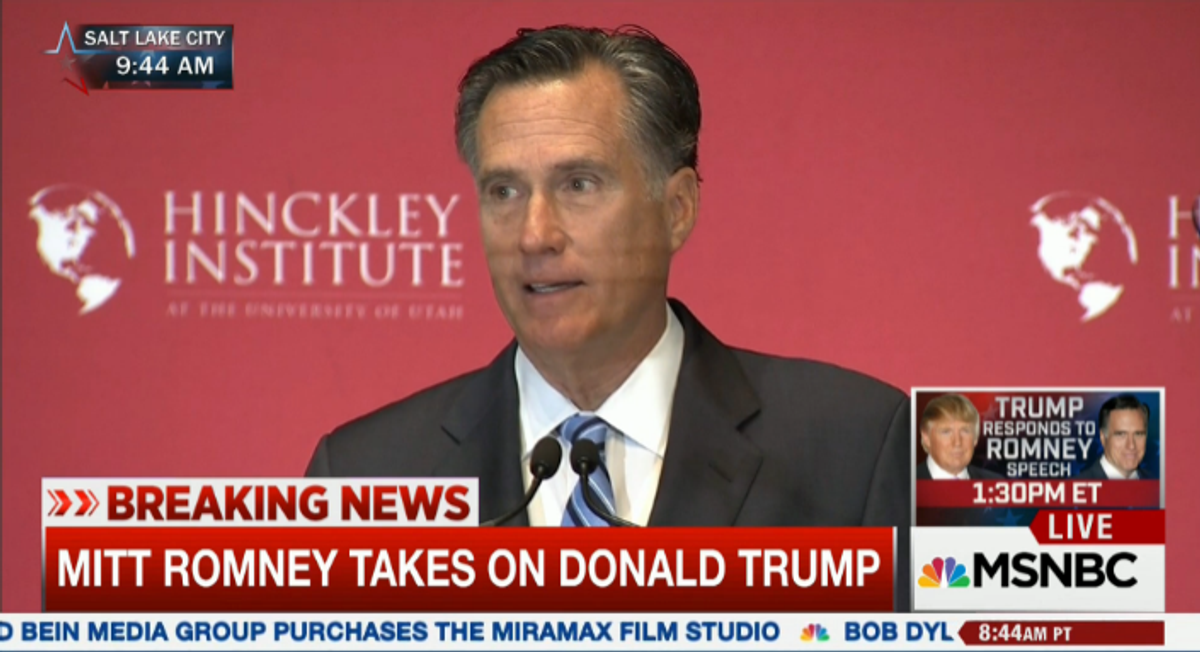 Mitt Romney just finished giving a much-publicized speech at the Hinckley Institute at the University of Utah about the current state of the 2016 race. A majority of the speech warned Republicans against nominating Donald Trump, under whose presidency Romney prophesied, “the prospects for a safe and prosperous future are greatly diminished,” adding, “If Donald Trump’s plans were ever implemented, the country would sink into prolonged recession.”

Romney, the Republican nominee for president in 2012, dismissed Trump’s supposed business acumen, saying, “His bankruptcies have crushed small businesses — and the men and women who work for them. He inherited his business. He didn’t create it.”

He then expounded on Trump’s “bankruptcies,” citing Trump Airlines, Trump Steaks and Trump Vodka, before concluding, “A business genius he is not.”

On issues of foreign policy, “Mr. Trump’s bombast is already alarming our allies and fueling the enmity of our enemies,” Romney said.

“Frankly, the only serious policy proposals that deal with a broad range of national challenges we confront today come from Ted Cruz, Marco Rubio & John Kasich,” Romney said. “One of these men should be our nominee.”

“Dishonesty is Donald Trump’s hallmark,” Romney continued. “His imagination must not be married to real power.”

And what better exemplifier of those undiplomatic qualities, Romney said, than “how he responds to my speech today. Will he talk about our policy differences or will he attack me with every imaginable low-road insult? This may tell you what you need to know about his temperament, his stability, and his suitability to be president.”