Mitt Romney unloads on "phony" Donald Trump: "His promises are as worthless as a degree from Trump University" 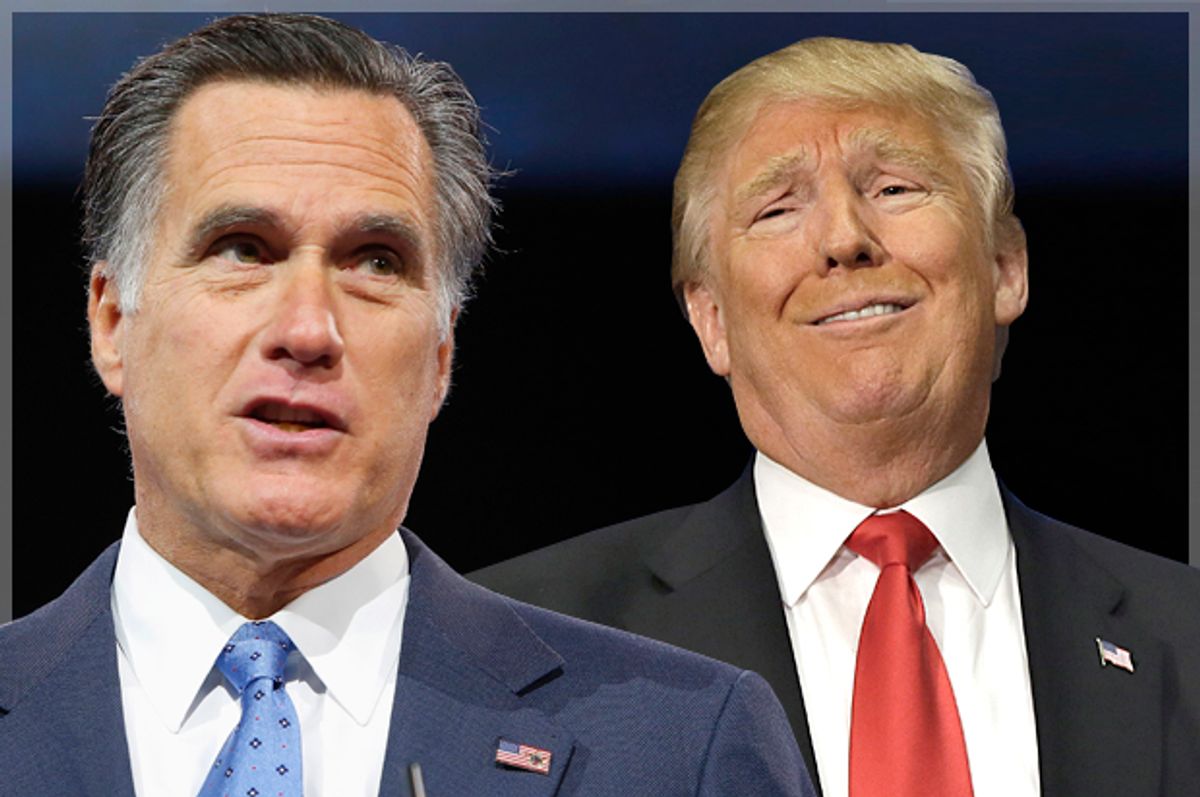 Mitt Romney released excerpts from the speech he will deliver at the University of Utah this afternoon, and needless to say, he's not going to be pulling any punches. Donald Trump tried to dodge them in advance yesterday and this morning on Twitter, writing:

But given these excerpts, it appears that the Holden Caulfield-channeling former Republican presidential nominee will land some body-blows on the "phony," "fraud" current GOP front-runner.

"Donald Trump says he admires Vladimir Putin," Romney will say, "while he has called George W Bush a liar. That is a twisted example of evil trumping good. A person so untrustworthy and dishonest as Hillary Clinton must not become president -- but a Trump nomination enables her victory."

"I understand the anger Americans feel today," he will continue. "In the past, our presidents have channeled that anger, and forged it into resolve, into endurance and high purpose and into the will to defeat the enemies of freedom. Our anger was transformed into energy directed for good."

"Here's what I know: Donald Trump is a phony, a fraud. His promises are as worthless as a degree from Trump University. He's playing the American public for suckers: He gets a free ride to the White House and all we get is a lousy hat."