"My goal is to destroy the Republican Party": Former Reagan adviser Bruce Bartlett explains his vote for Donald Trump

The GOP is "just a coalition of cranks, and racists and bigots and religious kooks" that will lose big with Trump 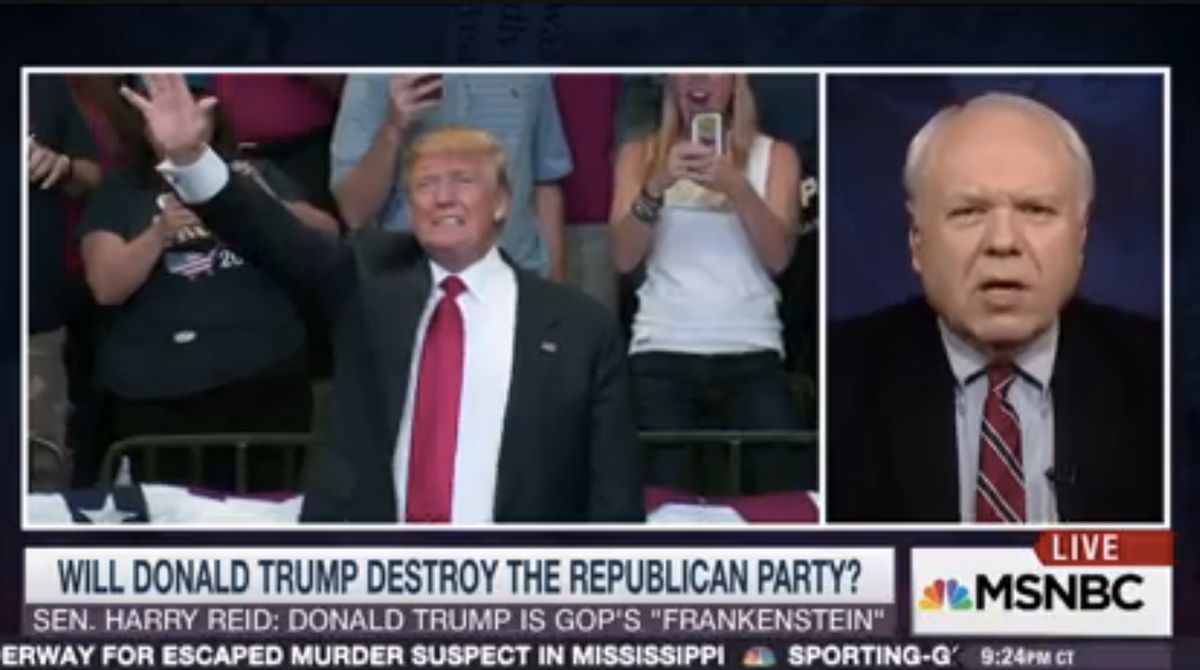 Historian and former Ronald Reagan aide Bruce Bartlett has been a longtime critic of the right-wing conservatism that has taken hold of the Republican Party and he now sees Donald Trump as the best shot of finally extinguishing the Tea Party takeover of the GOP by ensuring historic electoral defeat for the Republican Party this November.

"What has happened to the Republican Party and how long has it been happening," MSNBC host Lawrence O'Donnell asked on "The Last Word" Wednesday night, a day after Trump ended Super Tuesday the triumphant victor in a majority of elections.

"First they got rid of liberal Republicans, then they got rid of responsible Republicans who would never dream of bringing the country to the brink of fiscal calamity by refusing to raise the debt ceiling, and now they are on the verge of nominating a candidate who John Oliver calls 'a serial liar,'" an incredulous O'Donnell said.

Blame it on former Vice President Dan Quayle, Bartlett, who also served in the George H.W. Bush administration, explained to O'Donnell. "There was no there, there," Bartlett said of Quayle. Bartlett argued that it was the former vice president's vacuous ways that inspired the likes of his then chief of staff, Bill Kristol. "I think that's where they got the idea that somebody like Sarah Palin could be controlled and manipulated to be a talking head with people like Bill Kristol pulling the strings and the result is that they've so dumbed down the Party that Trump is viable." Now, Bartlett is doing his small part to exploit the Republican Party's Trump vulnerability.

"My goal is to try to destroy the Republican Party," Bartlett explained of his vote for Trump in the Virginia primary. "I think only when it has reached rock bottom can responsible Republicans once again come back and make it a reasonable governing party."

"Right now," Bartlett said his party is "just a coalition of cranks, and racists and bigots and religious kooks." The Tea Party, Bartlett said, "have to be run out of the Party completely."

"And I think Trump is the vehicle that will allow that to happen," Bartlett explained:

I think if he gets the nomination, and I hope he does, he will go down to a historic defeat. I think the Republican establishment will have no choice but to disown him. I think there will be a very substantial "Republicans for Hillary" effort and I think he will lose disastrously and hopefully bring down a lot of Republican senators and congressmen with him.

Bartlett went on to explain that his hope is that after suffering resounding electoral defeat, enough Republicans will finally come to their senses and -- at least for the sake of winning the White House again -- return to governing.

Watch Bartlett explain his vote for Trump to destroy the Republican Party, via MSNBC: