Utah Republican Mike Lee is using his position in Congress to hold help for an entire city hostage: Report 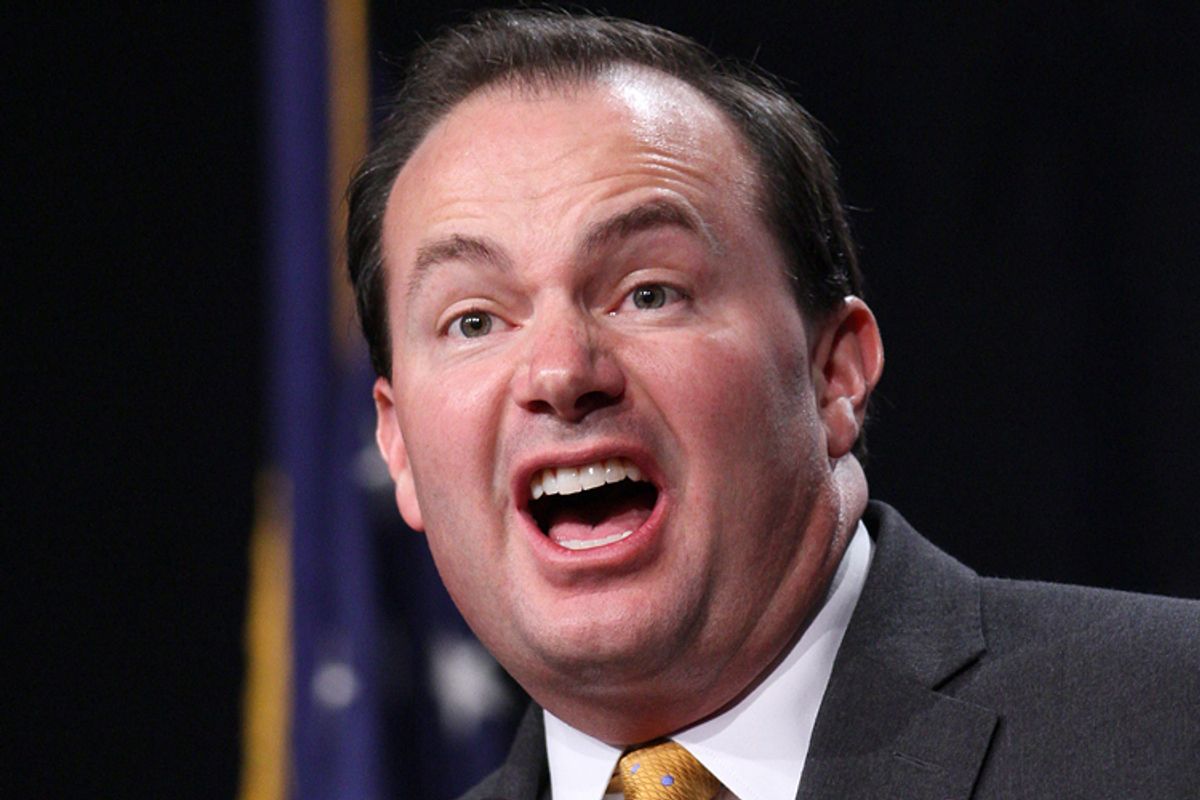 While Michigan's Republican Governor is busying retaining outside counsel over the poisoning of Flint's water supply, Utah Republican Senator Mike Lee is quietly blocking federal funding to the city -- the lone senator daring to do so in Congress.

Lee, who in recent days has been publicly promoting his Article One Project (A1P) to help Congress reclaim its status as “the first branch,” has been privately holding relief funding for the city of Flint hostage, according to a new report from the Daily Beast.

A bipartisan bill to send $250 million to Flint to help repair drinking water infrastructure and $50 million to the Centers for Disease Control and the Department of Health and Human Services to monitor for lead contamination is currently being "held" by Lee, according to frustrated Senate staffers who reached out to the Daily Beast. The bill also allocates an additional $100 million in relief for Flint specifically, and $100 million for water infrastructure projects across the country, including potentially Flint.

A "hold" is a Senate procedure that allows an individual senator to secretly stall legislation. When the legislation was first introduced by Democratic Michigan Senator Debbie Stabenow and Oklahoma Republican Senator Jim Inhofe, the bill had 10 senators placing "holds" in opposition, including Lee's friend and fellow Tea Party Senator, Ted Cruz. But now, as the magnitude of the crisis in Flint has become clear and outrage across the country has grown, Lee stands alone in his crusade to block relief to residents of Flint -- even Cruz has quietly slinked away. From the Daily Beast:

Privately the Utah Republican has relied on three reasons to justify his opposition to the legislation, all of which are procedural or philosophical.

Lee doesn’t like that the proposal is not being put through the ordinary and time-consuming gamut of Senate procedures known as ‘regular order’; has objections on how money from the stimulus is being repurposed for water infrastructure; and is concerned about the federal government getting involved in what he views as a local issue.

“We hear members of Congress complain about it almost as if we’re victims,” Lee recently told The Atlantic, in an interview promoting his new pet project, A1P. “We are not. We are the perpetrators," he said, insisting that Republicans have failed to remain faithful to their vow to uphold conservative principles in Congress. With his latest maneuver to deprive Flint residents of federal relief funds after their public water supply was poisoned due to Republican cost-cutting measures, Lee is practicing his conservative principals -- even if privately, and even if those conservative principles inadvertently hurt his own constituents. Again, from the Daily Beast:

The Utah senator’s objections may not play well at home, where he is running for reelection this year. Utah requires $3.7 billion for drinking water infrastructure over the next 20 years to meet minimum requirements in human health and safety, according to an EPA report presented to Congress in 2013.