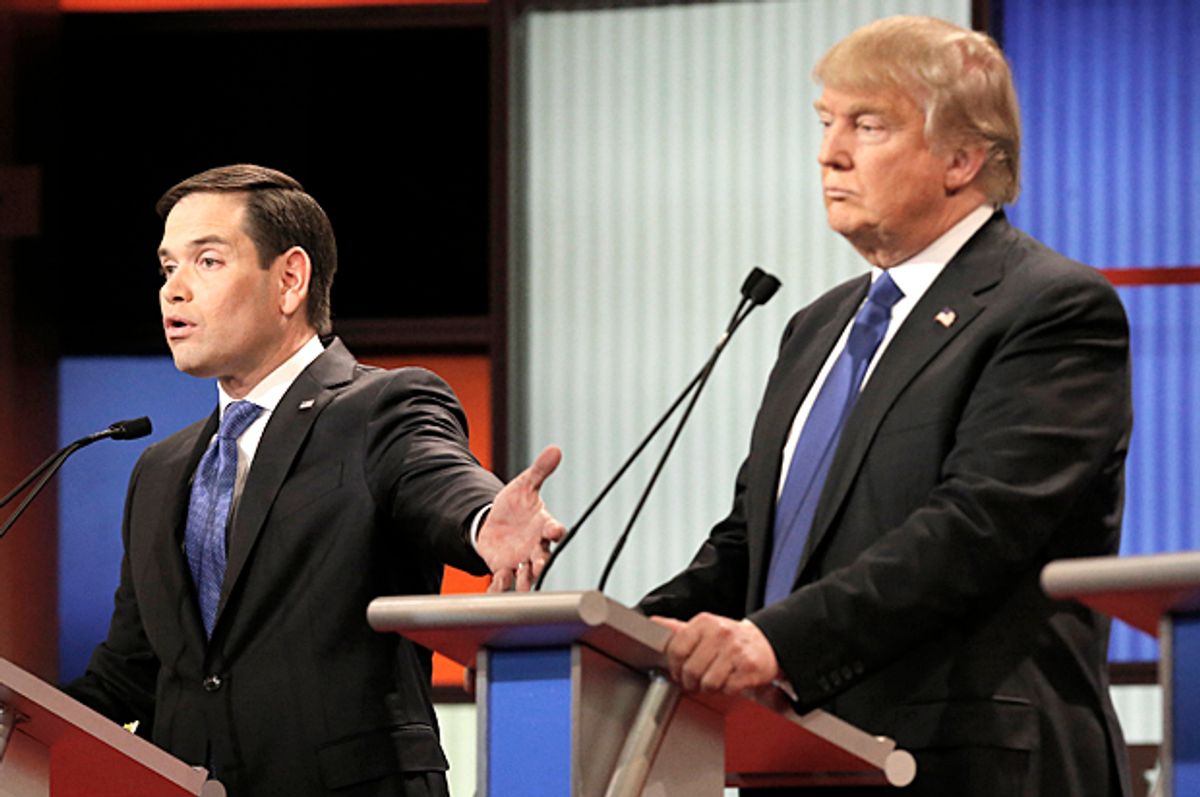 Fox News is hosting yet another Republican debate in Detroit tonight and now that the dick measuring questions are out of the way, moderator Megyn Kelly is attempting to try out a little fact-checking of Donald Trump in front of a live audience more fit for Wrestlemania.

For the 48 percent or so of Republicans who indicate in polls that they do not support the candidacy of the current frontrunner, perhaps Kelly's risky maneuver to tangle with Trump, again, and risk the blowback from his online supporters paid off.

On the issue of immigration, Kelly pointed out that Trump's campaign website "to this day argues that more visas for highly skilled workers would 'decimate American workers.'" However, as Kelly pointed out, Trump recently spoke out in support of such H1B visas.

"At the CNBC debate you spoke enthusiastically in favor of these visas. So, which is it?" Kelly pointedly asked to a finally inaudible audience.

"I'm changing, I'm changing," Trump conceded, fessing up to his sudden flip-flop. "We need highly skilled workers in the country," Trump insisted, citing Wharton Business grads who are shoved out of Silicon Valley. "They want to stay here desperately. They’re not able to stay here. For that purpose, we absolutely have to be able to keep the brainpower in this country.”

"So you are abandoning the position on your website?" Kelly followed-up.

"I'm changing it and I'm softening," Trump explained, echoing language he reportedly used in an off-the-record meeting with New York Times editors. Kelly asked Trump about the Buzzfeed report and if he had any plans to ask for the transcript from that meeting to be released.

This "will have some asking if you're really just playing to people's fantasies, which is a tactic you praised in your book, 'Art of the Deal,'" Kelly pressed before moving on to try fact-checking "Lyin Ted" Cruz.