"Idiocracy's" curdled politics: The beloved dystopian comedy is really a celebration of eugenics

Trump has triggered a wave of nostalgia for the mid-aughts cult classic. Few remember just how noxious it really is 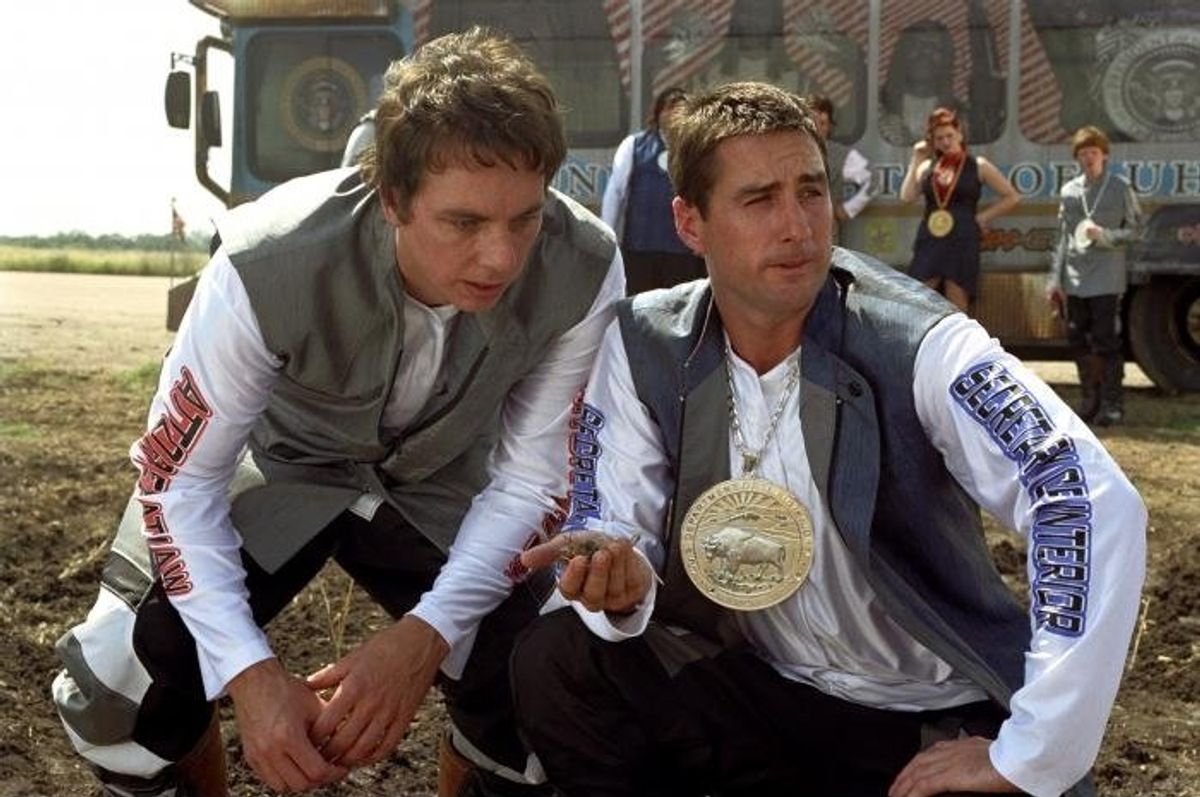 Last week the screenwriter for the 2006 satirical science fiction comedy "Idiocracy" came out and said his film’s nightmare vision of a country run by improperly bred morons had indeed come true:

This was predictably followed by a series of editorials, think pieces and takes that seem to confirm this theory: Trump was a product of an indefinable “dumbing down” of our political environment:

Is Donald Trump the Herald of ‘Idiocracy’?

The Many Signs That Mike Judge’s ‘Idiocracy’ Is Upon Us

The idiaccuracy of Idiocracy: When life imitates art for better or for the actual worst

It’s no surprise Cohen’s comments would go viral. They fit neatly into a superficially appealing notion that Trump, and the GOP at large, are animated by toothless rednecks and science-denying idiots. While there certainly are both of those, as well as outright white supremacists, in Trump’s constituency, wielding "Idiocracy" as a kind of political shorthand for a new, and therefore meaningful, shift in our political climate is both inaccurate and politically toxic for the left.

First of all, there’s the issue of the film’s pro-eugenic premise: The idea that some future world would be populated by dumb people, while inherently smug, isn't necessarily right-wing. What makes the movie reactionary is the reason for this stupidity: that dumb people are breeding too much, a concept steeped in eugenics, one of the nastiest strains of elitism ever invented by humanity. This is the idea that society incentivizes the wrong people—"idiots"—to have more children, and by the laws of “evolution” this results in more idiots and fewer smart people. This is defined in the opening sequence by the pseudoscience of IQ and given a distinctly classist framing:

While the movie is savvy enough to avoid overt racism, it dives head first into gross classism. The problematic breeders all have hillbilly accents and live in trailers, while those whose eggs we presumably want fertilized epitomize WASP-y stereotypes.

The film's legions of defenders call it satire. Well, the overt argument of the film is that good breeding prevents social problems. The so-called satire proceeds from there, presenting the ridiculous consequences of what will happen if we don't rethink how society breeds. Satire isn’t a get-out-of-jail-free card for all vulgar and illiberal ideas; it has to be pointed and targeting the powerful, not targeting vague notions of idiocy illustrated by Appalachia accents and trailer parks without consideration for what caused the idiocy in the first place.

The message is cheap and easy and doesn’t require us to meaningfully challenge power, much less ourselves. Instead, we direct our disdain at the pseudo-problem of not being adequately intelligent, as if such a problem operates independent of material factors.

This sentiment is a common thread in left discourse. While nowhere near as reactionary or meanspirited, being smarter than the other guy was a feature of the Jon Stewart era of political comedy. Snark was more important than ideology, hypocrisy the only unforgivable sin and throwing clips together to make right wingers look like morons, rather than people with sinister politics, was the point of "The Daily Show" fan base's political enterprise.

This was also seen in the left’s mockery of the Tea Party, often painted as illiterate boobs, despite the fact that those identifying as Tea Party members have, on average, higher income and education levels than the population in general. While education certainly doesn’t equate to intelligence, to say nothing of worldliness or wisdom, the fact that the Tea Party—and Trump’s voting base—are actually more educated than the general voting base affirms, once again, the problem isn’t "intelligence" but rather toxic ideology that operates independent of people’s IQ. As Michael Tracy notes, Trump actually won voters with post-graduate degrees in the state of Massachusetts, the "crown jewel of American higher education." How many Nazis had anthropology or psychology degrees? How many were renowned physicists and musicians? Stupidity is not what created the rise of Trump, a deliberate poisoning of the discourse by the wealthy over decades combined with the left’s inability offer a clear class-based alternative has.

Smugness and irony are the intellectual run-off of a left incapable or unwilling to speak clearly in the language of class and class conflict. When we can’t, or won’t, direct our ire at those responsible for the vast majority of the world’s problems, namely the superwealthy and the capitalist system that props them up, we are left with nowhere to aim. Instead, we highlight the problem—in this case political ignorance—without addressing its primary culprit: the consolidation of media into large corporations, a PR-fueled think tank industry fed by billionaires designed to promote toxic right-wing canards, a sprawling Islamophobia industry, a corrupt campaign financing system, and a decades-long corporate assault on K-12 and postsecondary education.

The idea that a corrosive intellectual and political climate (for which Trump is the current avatar) can be chalked up to too many dumb people having kids or some vague, guiltless notion of "dumbing down," rather than deliberate policy directives of the wealthy and their far-right media machinery--to say nothing of the inability of the left to adequately combat this machinery--is one of the more reductionist and politically useless ideas to populate our discourse. We are not living in an idiocracy, we are living in an oligarchy, for which political stupidity is one of many symptom caused by the large, malignant cancer of inequality and runaway capitalism.