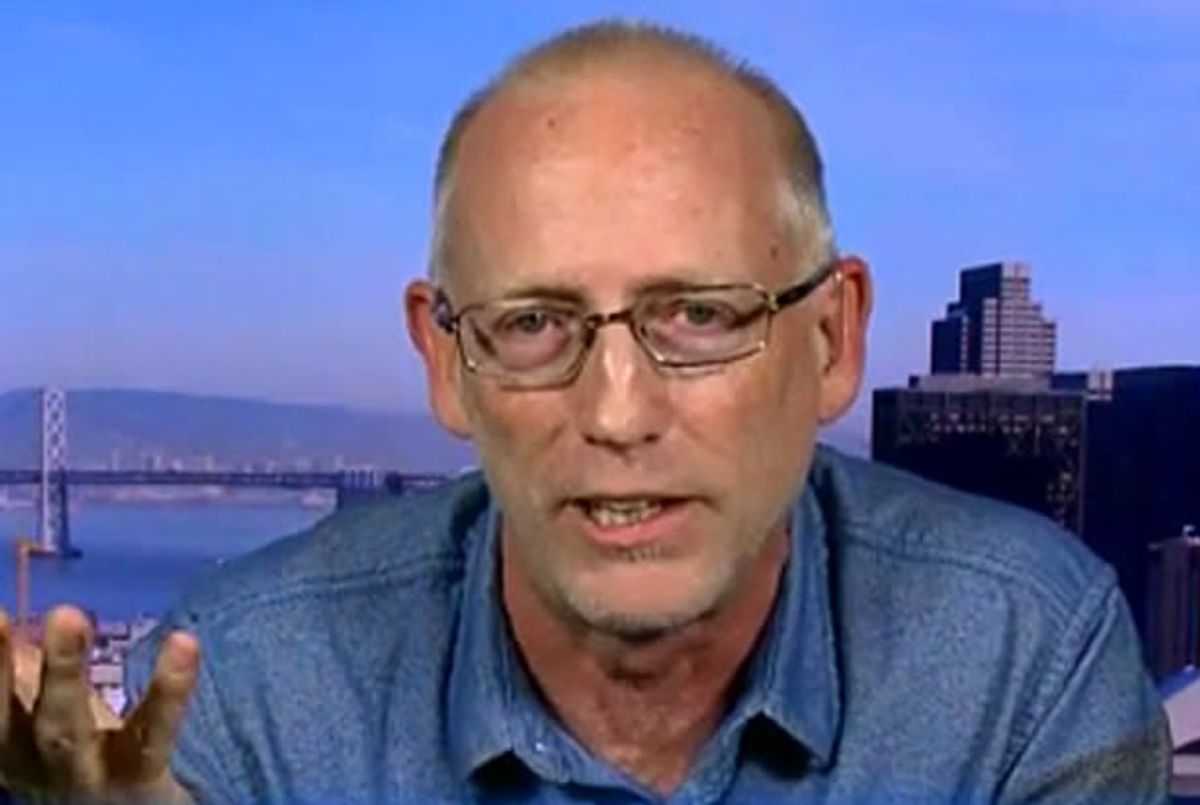 On Fox & Friends Sunday, Dilbert creator and trained hypnotist Scott Adams claimed that Donald Trump is "changing not just politics, but how we're looking at the human condition."

Adams claimed that there's nothing "new about there being inconsistencies in [a candidate's] budget, but if you say 'He waited a nanosecond too long to denounce the KKK,' that's probably based on something that's not real, he's probably not a racist -- he's just probably thinking about something else."

Tucker Carlson replied that "many of the conventional rules of politics are invalid this season, so does that mean 'Trump rules' will apply?"

Adams said that all of Cruz's best moments in the debates were "when he left logic, reason, and facts," and embraced "full Trumpism," which according to him -- as someone "who has a background in hypnosis, and a background in persuasion" -- means that the GOP front-runner is using "the science of persuasion."

"I see in him the highest level of skill in terms of just persuasive technique that I've ever seen in any human being alive," he concluded.