Donald Trump's latest unverifiable claim: I've been disavowing "the Ku Klux Klan from the time I was five years old"

"How many times do I have to reject" the KKK, the exasperated GOP front-runner asked on Face the Nation 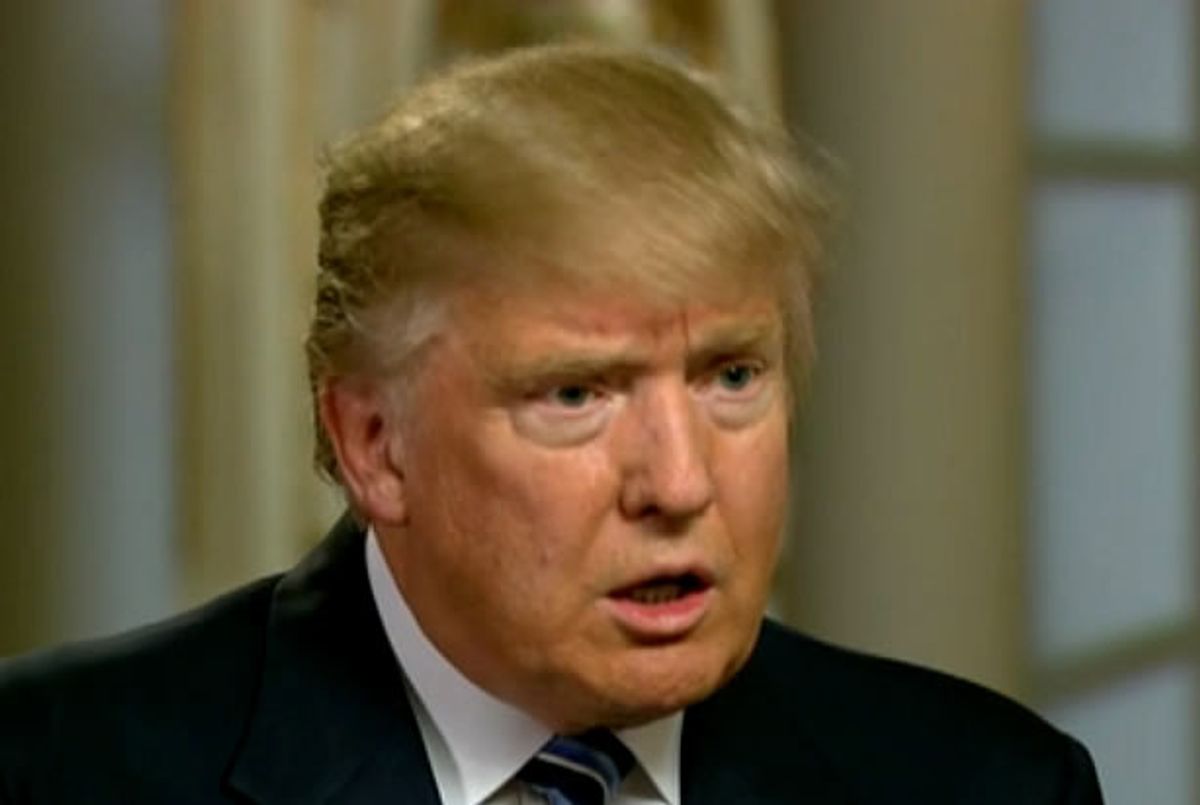 On CBS' Face the Nation Sunday, Donald Trump told host John Dickerson that not only are "hate groups not for me," but that he's been disavowing them "from the time I [was] five years old." Trump is, of course, perfectly aware that such claims are impossible to fact-check, but that's precisely the point of running a campaign based on unverifiable assertions.

Dickerson asked Trump to comment on Paul Ryan's comments that "if a person wants to be nominee of the Republican party there can be no evasion and no games -- they must reject any group or cause that is built on bigotry," a clear reference to Trump's equivocation the previous Sunday about his growing support among white supremacists and David Duke.

As proof, the GOP front-runner offered that "I put it on Twitter last week. [The] amazing thing with Twitter I have more than six million [followers], I have another six million with Facebook, [and] like 14 million with Instagram. When I put out a minor message, everybody picks it up."

"'Donald Trump just tweeted something very important' -- let me explain. When I put out that I reject the KKK and David Duke, nobody picks it up," Trump said. "You know why they don’t? Because they don’t want to."

"If you pick it up, everyone picks it up, simultaneously, practically at the same time. But they don’t want to pick it up. I have been asked this question so many times, I have rejected it so many times, in fact --"

"But," Dickerson interjected, "what did you think about Ryan saying that?"

"I don't know," Trump said, "he's getting a lot of information from you guys. I tweet[ed], just after that show ended, because maybe I wasn't clear.