Ted Cruz moves in for the kill: His late-stage Florida surge is designed to destroy Marco Rubio

Ted Cruz wants to get to a head-to-head fight with Trump, so he's trying to sink Rubio in his home state 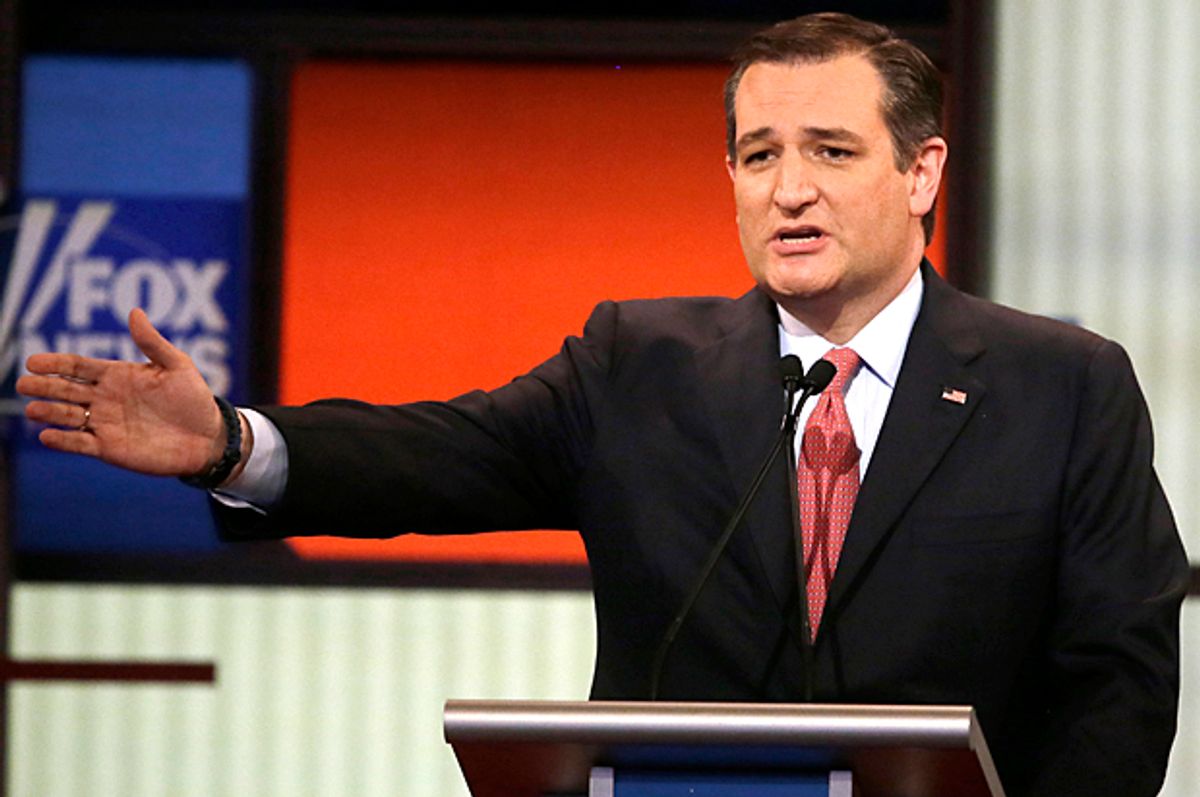 Last week, in a moment of poorly disguised desperation, former Republican presidential nominee Mitt Romney called for a sort of gentleman’s agreement among the campaigns of Marco Rubio, John Kasich and Ted Cruz. Their shared goal should be stopping Donald Trump from winning the party’s nomination in 2016, Romney insisted, and getting there required some strategic voting: figure out which of the three candidates was best positioned to beat Trump in any given state, and have all their supporters vote for the strongest non-Trump. For Rubio and Kasich, this wild Hail Mary of a plan makes at least some sense, given that both candidates’ futures are staked on winning their home states. Ted Cruz, however, is not on board.

After a stronger than expected showing over the weekend, which saw Cruz win two landslide victories and come close to upsetting Trump in two other states, the Texas senator seems to be the only non-Trump candidate remaining who is actually trying to win the nomination outright rather than just block the frontrunner’s path. But for Cruz to have a chance of beating Trump, he needs everyone else out of the race. And so rather than go the Romney route and let Rubio have a shot at stopping Trump in Florida, Cruz is pouring resources into Rubio’s home state:

On Friday afternoon, Cruz's campaign announced it had opened 10 offices in the Sunshine State this week, calling it a "serious commitment to competing hard" in Florida. The announcement came a day after the campaign held more than a dozen debate watch parties across the state.

Manny Roman, who chairs the Cruz campaign in Miami-Dade County, says it already has more than 300 county coordinators and thousands of volunteers in the state. The campaign is expected to soon roll out a coalition of supporters who are Cuban-American, an influential voting bloc for which Rubio is also vying.

Rubio’s campaign is wheezing badly and underperforming pretty much everywhere, but they’ve insisted that they will win Florida. By ramping up his own operations in Florida, Cruz is making it that much more difficult for Rubio’s surprisingly weak Florida operation to overcome Trump’s sizeable lead in the polls. The results from Saturday showed Cruz taking a deep bite out of Rubio’s usually strong support among late-deciding voters, and if he can repeat that in Florida, he’ll deal Rubio’s campaign a fatal blow and put to doubt any lingering questions about who is the more viable anti-Trump.

It’s a ruthless maneuver that demonstrates why Cruz is actually the candidate who is best suited to take on Trump at this point. Kasich and Rubio are hanging on for dear life and making increasingly unsupportable promises that better days lie ahead for their campaigns. Cruz, on the other hand, at least seems to have a plan and he’s actually winning states while bloodlessly scheming his way to the nomination.

That said, Cruz’s Florida strategy doesn’t come without significant costs. First of all, it’s expensive to run a campaign operation in a big state like Florida, and those are resources that could be spent in states where Cruz actually stands a better shot of winning. There’s also the delegate picture to take into account. If Cruz’s goal really is just to weigh down Rubio, he’ll succeed in eliminating a rival, but he’ll also be handing a huge delegate prize to Donald Trump – Florida’s 99 delegates are the third most allotted to any state, and they’re winner-take-all. If Cruz hands Florida to the frontrunner and Trump also holds off Kasich in Ohio to claim another vast cache of delegates, then he’ll be tough to stop. And Trump victories in big states like that will only serve to soften resistance to his nomination, which will make it all the more difficult for Cruz to present himself as the anti-Trump consensus candidate, even with Rubio and Kasich out of the way.

But Cruz understands that the best shot any candidate has at winning the nomination is to be in a head-to-head match-up with Trump, and right now he’s better positioned to get there than Rubio or Kasich. So while hamstringing Rubio in Florida carries big risks and might make Mitt Romney sad, it’s still the best play for Cruz to make.