Why the Sanders campaign may be cheering for a Trump win: Top strategist predicts Democratic turnout "could exponentially increase" 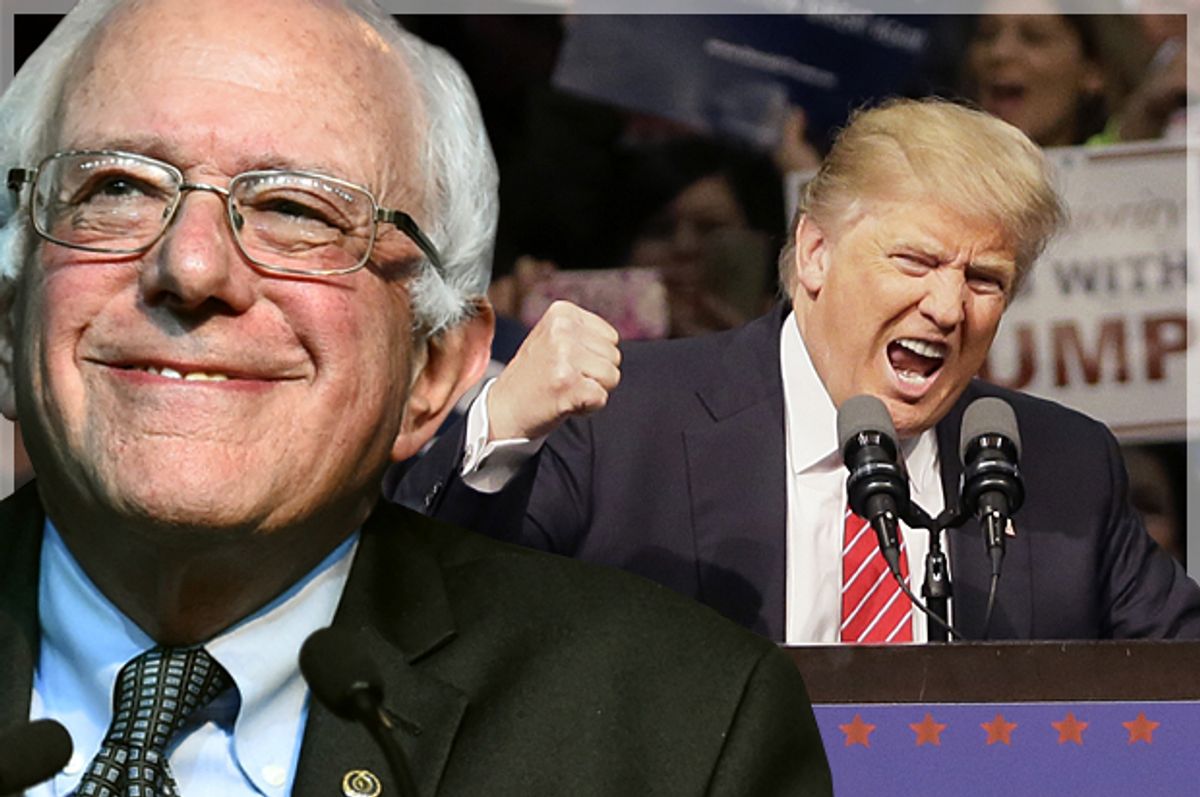 Soon after CNN's Democratic debate began in Flint, Michigan, on Sunday, the Associated Press called the Maine caucuses for Bernie Sanders. The day before, he took the caucuses in both Nebraska and Kansas, winning 3 of 4 weekend contests. Now, his campaign is explaining that he is still in it to win it -- and can do that as soon as Donald Trump stops taking all the votes.

"We have to convince people that he's a stronger candidate, and if we do that, I think we can then begin to work on the superdelegate piece later," Devine said, shrugging off his candidate's deficiency in endorsements from elites in the so-called establishment. For the Sanders campaign, it all comes down to the voters -- and not just Democratic ones.

"Now, if Trump secures the nomination in a couple of weeks, I think the number of people who participate in open primaries on the Democratic side ... could exponentially increase, OK?" Devine said, explaining that excitement the carnival barker on the other side attracts, distracts from Sanders' ability to draw support from outside of the traditional Democratic base.

"Right now we have Trump on the other side," Devine noted, "pulling a lot of people into that process who otherwise might say, 'Well, listen. I'm going to go and participate on the Democratic side.'"

Tonight, Sanders is set to face such voters during a Fox News town hall on the eve of the Michigan primary, a state that's been called a must win for Sanders to prove his message of economic populism plays well with the white working class voters. Yet, Devine said, if Sanders fails to win in Michigan it still isn't time to panic -- that was already done after Nevada.

"We were trying to win Iowa and New Hampshire and Nevada. That was our strategy. That's what we tried to do."

"We fought hard in Nevada," Devine told Thrush. "And we were trying to win, and we thought we had a shot too, and I think we were hoping the turnout would be bigger. You know, we thought we could get more votes, and we didn't, you know."

Devine said the campaign reassesed after Nevada. "We said, 'okay, we're going to make a long race of this.'"

Admitting that the campaign knew well in advance that Sanders was likely to lose South Carolina by more than the 20 point public polling projections, Devine denied that Sanders has a problem with black voters -- they just know Clinton better:

I think that familiarity with her, and with President Clinton, that extends way back before the presidency, you know, back to the time when she was the First Lady and he was the Governor of Arkansas. You know, the cultural ties that they established with people, not just, you know, African-American voters but voters from that region of the country, okay. I think they're very strong. And we've got this guy from Vermont who, you know, they've been introduced to as a democratic socialist, who they've never seen before. You know, and I think, you know, it's just going to be a while before we make those connections.

Devine said that given Clinton's entrenched support in the South, the campaign was pleased with its decision to reallocate resources to other states ahead of the South Carolina primary -- Clinton eventually went on to win by nearly 50 points. Still, Devine said Sanders performed right on target on Super Tuesday: "We picked five of them; we won four of them."

Listen to Devine's full interview below, via Politico: