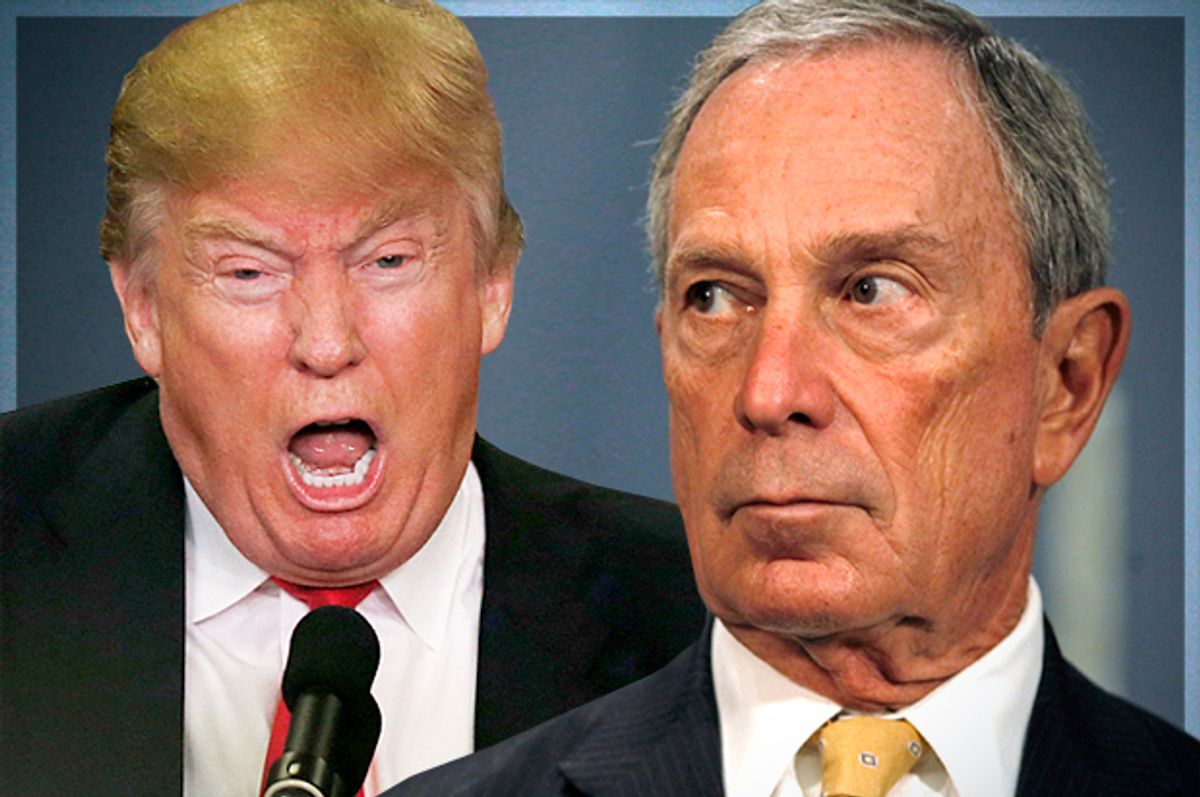 After a long buildup, former New York Mayor Michael Bloomberg on Monday dropped out of a presidential race that he never quite entered. But the ad his campaign passed to the New York Times gives us a sense of how his campaign might have rolled: It shows that Bloomberg’s team has not really woken up to how American politics has changed over the last few election cycles. It’s decent, well-intended, and pitched to another era.

Whether Bloomberg would have been a credible candidate or a good president is hard to say. (FiveThirtyEight’s Nate Silver agrees with the reason Bloomberg gave for dropping out of the game: Silver’s data shows that Bloomberg entering the race would have taken Michigan Oregon, and most of New England from Hillary Clinton, handing the election to Trump.)

Part of what’s odd about the ad is the way it bills Bloomberg as being a lot like… Donald Trump. Bloomberg, we’re reminded, is “a business leader,” whose company created “tens of thousands of jobs.” This has been part of Trump’s pitch from the beginning, and before that, Mitt Romney’s. It’s perfectly reasonable for business people to campaign on their ability to generate work, but a second New York CEO talking about the jobs he created seems a little bit redundant.

"Now, with our political process broken and Washington gridlocked,” the voiceover says, “Bloomberg is running for president. He won't take a dime in political contributions, never has, because he finances his own campaigns. He will be totally independent to take on the special interests, and push both parties to get things done." The first part of that eerily resembles a now-debunked claim Trump made.

The second part could come from Trump’s “The Art of the Deal,” which emphasized the mogul’s pragmatism, drive, and can-do spirit.

Trump, incidentally, sent this out on Tuesday:

Bloomberg, the ad continues will “restore America’s place in the world.” Again, something Trump has emphasized.

None of these ideas sound bad: independence, pragmatism, a strong America… sure thing! If you are tired of the shouting, the tone sounds good, with a tinkling vaguely minimalist piano track playing behind the voiceover.

But the utter lack of passion here seems like it would have proven fatal to a Bloomberg campaign. Certainly, there’s an open space in the middle for voters who are neither angry at immigrants and minorities like Trump supporters, nor angry at big business and the rich like Bernie Sanders supporters. But judging from the commercial, Bloomberg was pitching himself entirely as a cool-headed, technocrat. Is a decent portion of the electorate hungry for that these days? Maybe. But it’s hard not to laugh and nod at this tweet:

What’s most interesting about Bloomberg’s ad-that-almost-was is that a decade or so ago, this commercial would have been smartly effective in its aim to be nonpartisan, its riffing on the American Dream (this middle-class kid who became a successful businessman), and its lack of anger and name-calling. But what would have once been a perfectly decent campaign commercial seems inert now.

To bill yourself in 2016 as someone who’s like Trump but without the edge just doesn’t get you anywhere. The Bloomberg commercial’s calm, corporate tone – welcome to those of us whose nerves are jangled from contentious debates, from boasting about male anatomy, from teasing about boots – suggests that if the former mayor had entered the race, he might not have lasted very long. A candidate who is – as the ad says -- “No nonsense, non-ideological, centrist, results oriented…” – sounds like someone who should have run years ago.