It's really difficult to imagine why Bill O'Reilly even wanted to air this segment, given its results 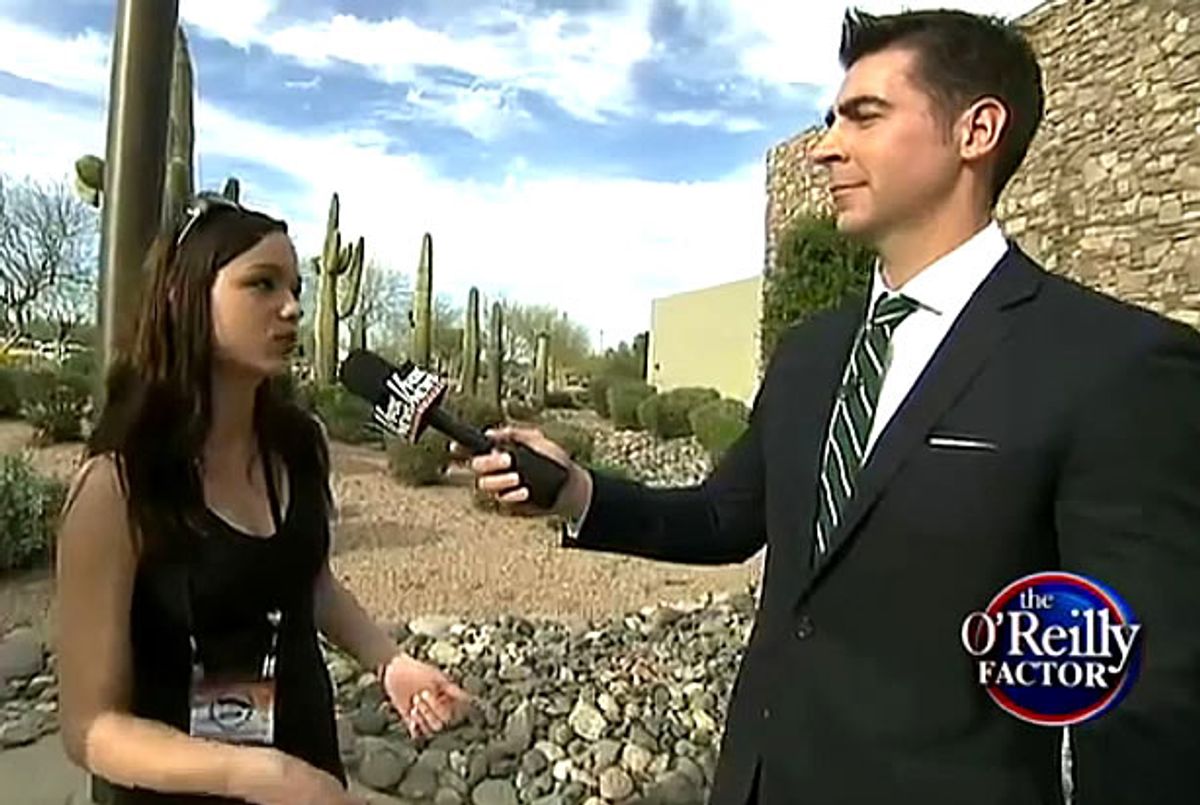 "The O'Reilly Factor" sent general offense Jesse Watters to the 25th annual UFO convention in Scottsdale, Arizona to stalk and mock those in attendance -- only to learn that Donald Trump has the resounding support of the abductee community.

After one attendee, "Katie," told Watters about the times she's been abducted, he replied, "I've seen aliens before -- when I watch MSNBC."

"I know! I know!" she enthusiastically replied -- as one might expect her to, because like all of the other attendees Watters interviewed, she is an ardent supporter of Donald Trump.

In fact, after she espoused her support for Trump, Watters cut to a clip of the real estate magnate saying, "I love the poorly educated!"

It's difficult to imagine why exactly Watters and, by proxy, Bill O'Reilly wanted to air a segment in which the Republican front-runner is so closely associated with such a fringe element of American culture -- but they did, and here is the evidence, via Fox News.