Did a Daily Mail reporter force an outing? 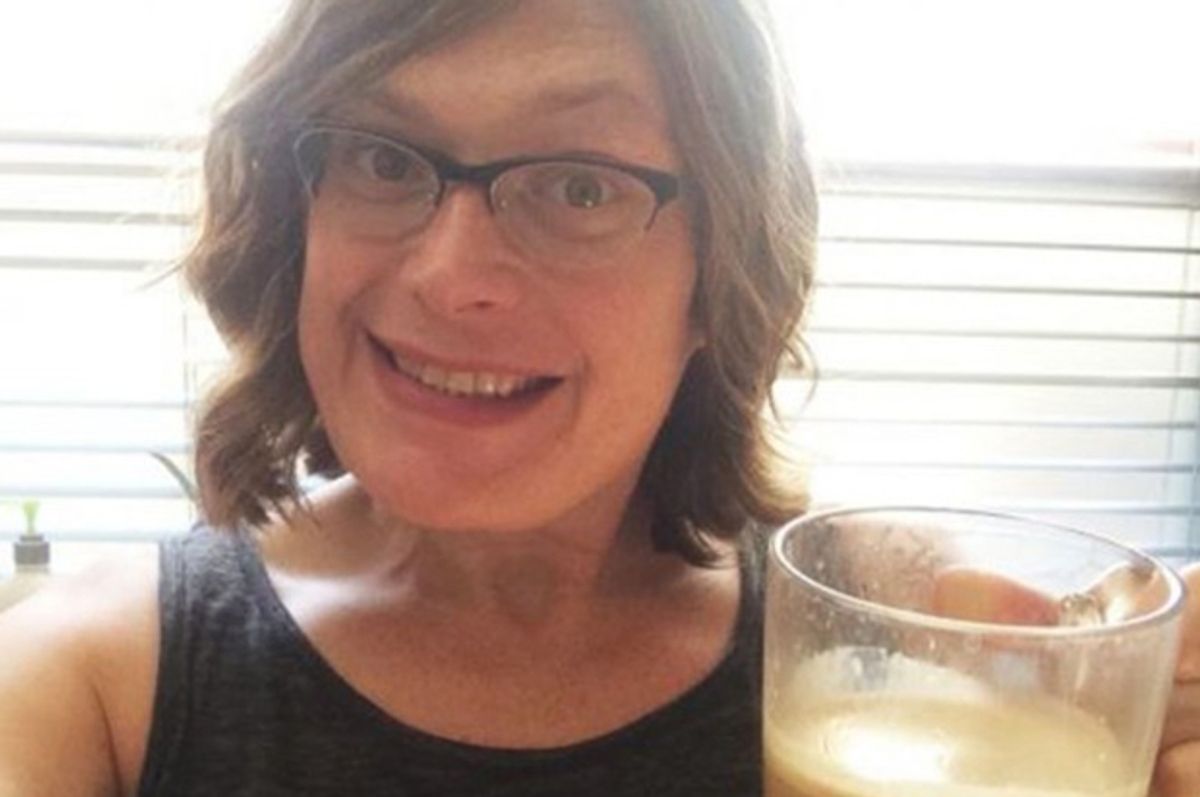 A self-portrait of Lilly Wachowski
--

A coming out should be a celebration. It should be marked with joy and support, and it should always, always be done on the person's own terms. So congratulations are in order for director, writer and producer Lilly Wachowski, for announcing on Tuesday, via an open letter in Windy City Times, "So yeah, I'm transgender. And yeah, I've transitioned." It's just profoundly unfortunate she was robbed of the opportunity to do it in exactly her way.

Wachowski — formerly known as Andy — is one half of the powerhouse sibling duo behind "Bound," "The Matrix" trilogy, and more recently, the sci-fi Netflix series "Sense8." Four years ago, while promoting their film "Cloud Atlas," Wachowski's sister also Lana came out as transgender. In a 2012 speech for the Human Rights Campaign, Lana said that "Every human life presents a negotiation between public and private identity." But as both Wachowskis — as well as other public figures like Chaz Bono and Caitlyn Jenner — can attest, we are not always the ones in control of how that identity is perceived and commented on.

In her letter, Lilly Wachowski reveals that "The 'news' has almost come out a couple of times. Each was preceded by an ominous email from my agent— reporters have been asking for statements regarding the 'Andy Wachowski gender transition' story they were about to publish. In response to this threatened public outing against my will, I had a prepared a statement that was one part piss, one part vinegar and 12 parts gasoline." She says that on Monday, "while getting ready to go out for dinner my doorbell rang. Standing on my front porch was a man I did not recognize." It was a reporter for the Daily Mail, explaining "that I really had to sit down with him tomorrow or the next day or next week so that I could have my picture taken and tell my story which was so inspirational! And that I really didn't want to have someone from the National Enquirer following me around, did I?"

She says she recalled how the Daily Mail, in 2012, handled another transgender woman, Lucy Meadows. Her story had attracted media attention when the administration of the school where she taught announced in a letter to the families that the former Mr. Upton would be transitioning over the Christmas holidays, and would be returning to school as Miss Meadows. The Daily Mail had responded with a column by the always horrible Richard Littlejohn with the headline, "He's not only in the wrong body… he's in the wrong job." Meadows committed suicide a few months later. She had earlier filed a complaint with the Press Complaints Commission "asking for journalists and photographers to stop hanging around outside her school and home." After her death, coroner Michael Singleton criticized the "sensational and salacious" press coverage and rebuked, "Shame, shame on all of you."

The Daily Mail — which Wednesday issued a statement that it "categorically denies that it in any way tried to coerce Lilly Wachowski into revealing her gender transition" and that its reporter was "extremely sympathetic and courteous at all times" — is far from the only offender. Two years ago, the now defunct Grantland published writer Caleb Hannan’s "Dr. V’s Magical Putter," about an unusual invention and its mysterious inventor, Essay Anne Vanderbilt. With a little digging, Hannan had discovered that Dr. V "was given the name Stephen Krol" — and revealed that he shared that information with her investors. He noted how increasingly upset Vanderbilt had been with the story. And how she ultimately killed herself. After the piece provoked shock and outrage, editor Bill Simmons acknowledged "We made an indefensible mistake not to solicit input from ANYONE in the trans community.… To my infinite regret, we never asked anyone knowledgeable enough about transgender issues to help us either (a) improve the piece, or (b) realize that we shouldn’t run it." No one is saying that these women killed themselves as a direct result of being outed. But outing is nonetheless a cruel, irresponsible thing to do to another human being, and an insult to a vulnerable community that experiences bigotry and violence on a regular basis.

In her letter, Lilly Wachowski acknowledges that gender is not a simple matter of before and after, and that she's already been "out to my friends and family. Most people at work know too." She says, wisely, "To be transgender is something largely understood as existing within the dogmatic terminus of male or female. And to 'transition' imparts a sense of immediacy, a before and after from one terminus to another. But the reality, my reality is that I've been transitioning and will continue to transition all of my life." That she felt had to rush to go public with her experience is crappy. That she's managed to do it nevertheless with eloquence and heart and a call to see beyond rigid gender lines is her triumph.